“She was engaged when I kidnapped her, he told me ‘happy life'” / Love that ‘transformed’ into divorce, 36-year-old: God took revenge, betrayed me! Mother of 3 children: She rapes me! 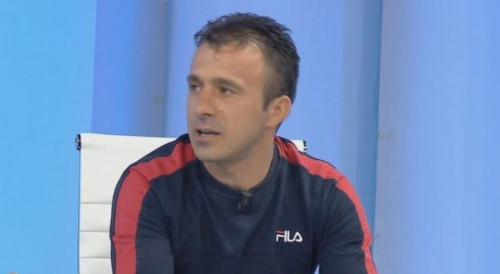 
It was born as a powerful love story that challenged the age, obstacles and disapproval of the parents, but the relationship from which 3 children were born would suffer strong cracks that after 6 years would lead them to the doors of the police and the court. This is the story of the 36-year-old from a village in Lezha, who became today part of the show “With an open heart” by journalist Evis Ahmeti, who is in the process of divorce from his wife.

For the 36-year-old this is a big loss, but it gets even deeper when he thinks he can lose his 3 children. He is worried about their future if the court decides to stick with the mother, as the latter posts on social networks photos with guns and is not a bad model.

“I met my wife with love. We lived in a village. Even though she was engaged we decided to continue living together. He told me they got engaged to me against my will. I went to ask for her hand before she got engaged, but her parents did not give me that they had claims. They did not admit to me that I was 28 years old at the time. Despite being engaged she was not separated from me at any point. stayed engaged for 2 months and then I kidnapped him. I got his mother on the phone and told her ‘I took your daughter as a bride’. My family told me to ‘take care’, but we loved each other. Even the fiancé did not react badly, just said ‘happy life’ so! If she follows me today, I tell her “God saw me because she abandoned me and betrayed me too”.

The first moments of the connection have been very happy. She got pregnant. We went to Germany and there we gave birth to our daughter. Later she started having psychological problems. There were hallucinations, I went to the hospital. He continued to be aggressive even later. Later we did and 3 other kids, I thought it calmed down. On May 3 we had a debate about a message she deleted without me reading it. She did not let me read it and it made me doubt. She got sick, and I called her parents. They came with the police and accused me of violence. My wife and I were escorted to the police station. They kept me for 24 hours when I got home I did not find the children. They had taken me to the police and taken me to my mother-in-law’s house. I then went to court that this had required a protection order and said I raped her. The first instance gave 1 year protection order to her and the children. I appealed to her and she retrieved the protection order while the children did not. We lived a separate period of time. The children stayed as long as she did with me. After 11 months one of our cousins ​​intervened and she came back to me. Stayed 35 days with me. He provoked me to get nervous and wanted to record me. I realized he wanted to imprison me. He got married and my brother and I went to the wedding together, very well. After 3 days she left and abandoned me and the kids. It left us all asleep. Did not ask about children at all for two months. He left the little one with the pacifier in his mouth. She is not well psychologically when she separated from me she wrote letters saying she would kill herself. What worries me is that she and her family throw guns on social media. “I do not have children to go to the army as soldiers in Ukraine,” he said.

Meanwhile, the ex-wife also joined the studio through a phone call. She said he raped her.

“I lived about 8 years longer, he raped me. He will take my children. I have no mental problems because I passed into the hands of doctors and I did tests that I started working in the army for 6 months. He tortured me and raped me. When I returned I did not sleep with my husband but with the children. He and his family told me why you came. Photos with gun is brother’s gun is maneuver just for fun. Those photos are two years old. I wrote the suicide letters at a difficult time. With Mark I could not push him anymore. I realized he did not like me. His girlfriends wrote to me ‘leave Mark’. While my family did not support me, they told me that you had left. “He still rapes me, opens fake profiles with my photos and insults me,” she said.

TPMP: a new columnist formalizes his relationship with Laurent Ruquier

Three Russian cosmonauts have arrived at the International Space Station