Scholz: We love and need the Western Balkans in the EU 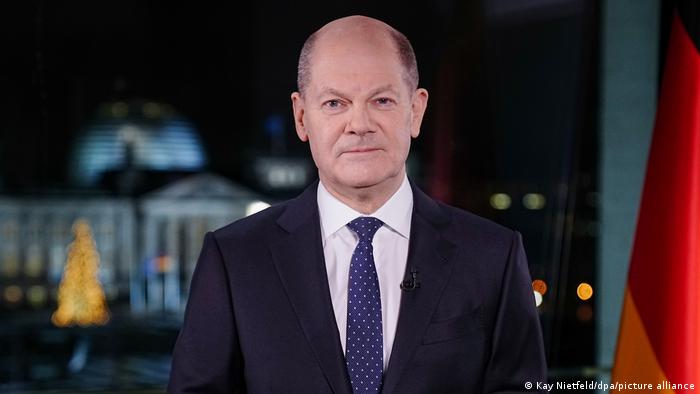 
In a government statement on the eve of the EU summit, Olaf Scholz clearly positioned himself on the side of the six countries in the region and called on Bulgaria to lift its veto on northern Macedonia.

German Chancellor Olaf Scholz, expressed in the Bundestag, sympathetic to the dissatisfaction of the countries of the Western Balkans. He said on Wednesday afternoon that he is not sure whether the Western Balkans summit with the EU, scheduled for Thursday morning, 23.06, will take place. in Brussels.

“I am saying very clearly: I hope the summit will be held. According to our information, it is not certain that it will be held. And to be honest, that does not surprise me. Because when you raise hopes, when you put these countries on a path and when you convince them that it is worthwhile to walk on the path to the EU, and they make every effort, they risk political conflicts within the country, even, a country, “Northern Macedonia also changes its name so as not to quarrel with Greece, then it is consistent for decision-makers and their citizens to express their dissatisfaction.”

Scholz however underlined that if the summit is to be held, it will not be easy. But for Germany it is important to position itself. Germany is on their side.

Abolition of the principle of unanimity

Earlier, the Social Democrat chancellor had called for the abolition of the principle of unanimity in foreign policy and said that, like Ukraine and Moldova, which will receive a strong response to their application for candidate status, the countries of the Western Balkans deserve a clear answer. “That is why it was important for me to visit the region before my trip to Ukraine,” he said.

The Social Democrat politician described in emotional tones and words, unusual for him, the situation in which the Western Balkans is today, bringing to the deputies an impression he had received from his last meeting with the Balkan leaders in Thessaloniki.

“It has been almost 20 years since the EU in Thessaloniki offered these countries the prospect of membership. I was there a few days ago. And everyone reminded me of this, how it was decided. Then in Thessaloniki everyone thought they would be members of the EU in five or eight years. “And this has not been realized until today”, said the chancellor.

He further said that the time has come that we love and need the Western Balkans in the European Union. This was my message on my trip to the region. And this will also be the message that should come from tomorrow’s EU meeting with the six Western Balkan countries.

Scholz praised Bulgarian Prime Minister Kirill Petkov, and said he plays a very constructive role in talks with Skopje. We know that even today there are debates in the country. “Because this is what often makes cooperation in Europe so difficult, that issues that are based on events that happened a long time ago are suddenly used to confuse everything that brings a peaceful future.”

Scholz said he supported the French EU presidency’s efforts to mediate a compromise and expressed optimism that Bulgaria would find a solution: “Ultimately, a stable and prosperous Western European Balkans is in the best interest. our ”

We’ll attend the EU Council meeting. There won’t be much to hear about us but we’ll ask to be heard on the idea of ​​a New European Political Community which we support, on the Open Balkan which takes forward the spirit of Europe & on our kidnapping from Bulgaria which destroys it.

“We will take part in the EU Council meeting. There will not be much to hear about us, but we will seek to hear about the idea of ​​a New European Political Community that we support, the Open Balkans that advance the spirit of Europe, and our hostage-taking from Bulgaria that destroys it. “, Wrote the Prime Minister of Albania./ DW

Calhanoglu: Inter is much stronger than Milan

With 1,200 tons of asphalt, the “offensive” of the Tapa Hueco #10May plan starts

Federico Bricolo elected president of Veronafiere. The new Board of Directors

Killed the woman in the eyes of the baby, the Greek pilot is transferred to another prison

Today is the day without cars in Tirana, here is how the movement of vehicles will be done

Trio of Ignominia and Abjection