San Giuseppe, the ancient tradition of the altars with bread and sprouted wheat 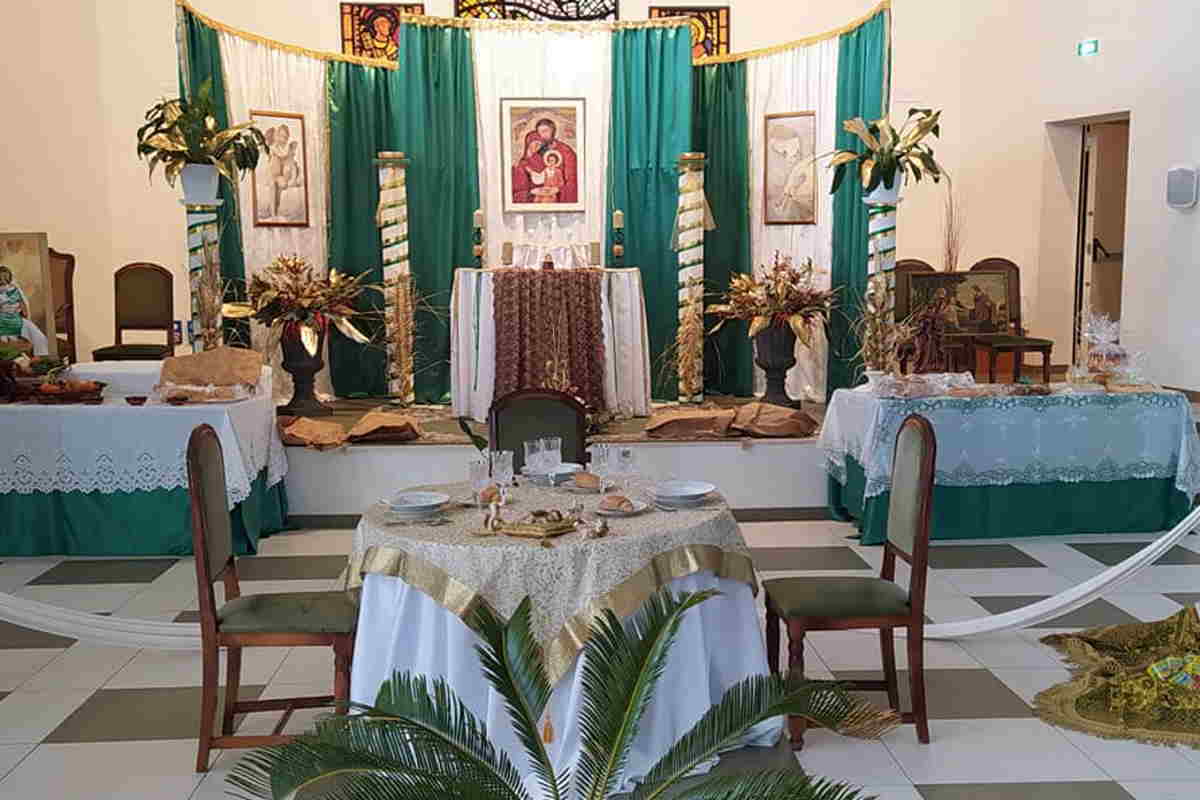 
On the occasion of the feast of San Giuseppe in various Italian regions, including Molise and Sicily, the centuries-old tradition of altars decorated with woven bread and sprouted wheat relives

In Termoli, in Molise, they are called “Vetäre de San Gesèppe“, While in Sicily it is still used to say”make a San Giuseppe ”, meaning that you want to prepare and offer a party of thanks. They are the altars dedicated to St. Josephwhich in many religious traditions of the Center-South are still the protagonists of March 19.

Here, in fact, in Sicily as in Molise, but also in some areas of Puglia, the “altars”, also known as Tables of St. Joseph, are repeated from year to year, interpreters of that soul strongly linked to the ancient traditions and cults of many territories. One way, one ritual, one due deedwhich cannot help but repeat itself for centuries.

Read also: Father’s Day: what to do when the father is not there

Thus, already on the evening of every 18 March, families who wish to take a vow or express a particular devotion to St. Joseph set up a table at home with an icon of the saint on which they are placed loaves, vegetables, fresh fish, eggs, sweets, fruit, wine or sprouted wheat. The houses remain open and anyone can enter, food is received and prayers recited, while thirteen little girls dressed in white with a crown of flowers on their heads, the “thirteen maidens”, They sing and recite poems in honor of St. Joseph.

The altar of St. Joseph at the parish of Saints Peter and Paul. Termoli ..

In Molise, as well as a Gelain the province of Caltanissetta, a Borgettoin the province of Palermo, a Salemiin the province of Trapani, ea San Marzano di San Giuseppe in the province of Taranto, the tradition is more or less always the same, with some very small variations: in general, each family after the visit receives the “Wheat of St. Joseph”, A mixture of wheat, cicerchia, barley and boiled corn, with a slice of bread, to symbolize abundance and fecundity.

In short, the heart of tradition is precisely the altar, adorned with silk blankets, ribbons, lace and tablecloths, vases of flowers and sprouted wheat on the ground and on the side the table with food, including three loaves of bread, on each of which the staff, the cross and the crown are drawnto represent Joseph, Jesus and Mary.

After the welcome in the house and the ritual prayers, we start to eat. Lunch consists of 13 dishes which, impossible to consume them all, are only tasted and in general, then, the food, at the end of the altar, is donated to the soup kitchens or to the city parishes. “Cci prumettu di inchiri i panzuddi a tri picciriddi – I promise to fill children’s bellies“, They say in the wonderful Sicily.

In Sicily, the Bread of San Giuseppe, or “clean breads”- whose processing follows a precise ritual that begins a few days earlier – never has the same shape. The women hand down the processing of votive bread from generation to generation orally and among the most represented forms, there are flowers, fruits and ears of wheat, to recall the imminent spring awakening.

There is no shortage of animal shapes, the moon and the sun, a symbol of light and life, as well as keys, cross, scissors, dove, palm, fish, lamb, angel and the face of St. Joseph.

“Without a doubt”: Cristian Ritondo chose María Eugenia Vidal as a candidate for President of the Nation

WE WERE IN A COMMONWEALTH Marko shocked everyone, he revealed the details of his relationship with Stanija

The 2022 Census ended in Argentina: what to do if the census taker did not come to your house