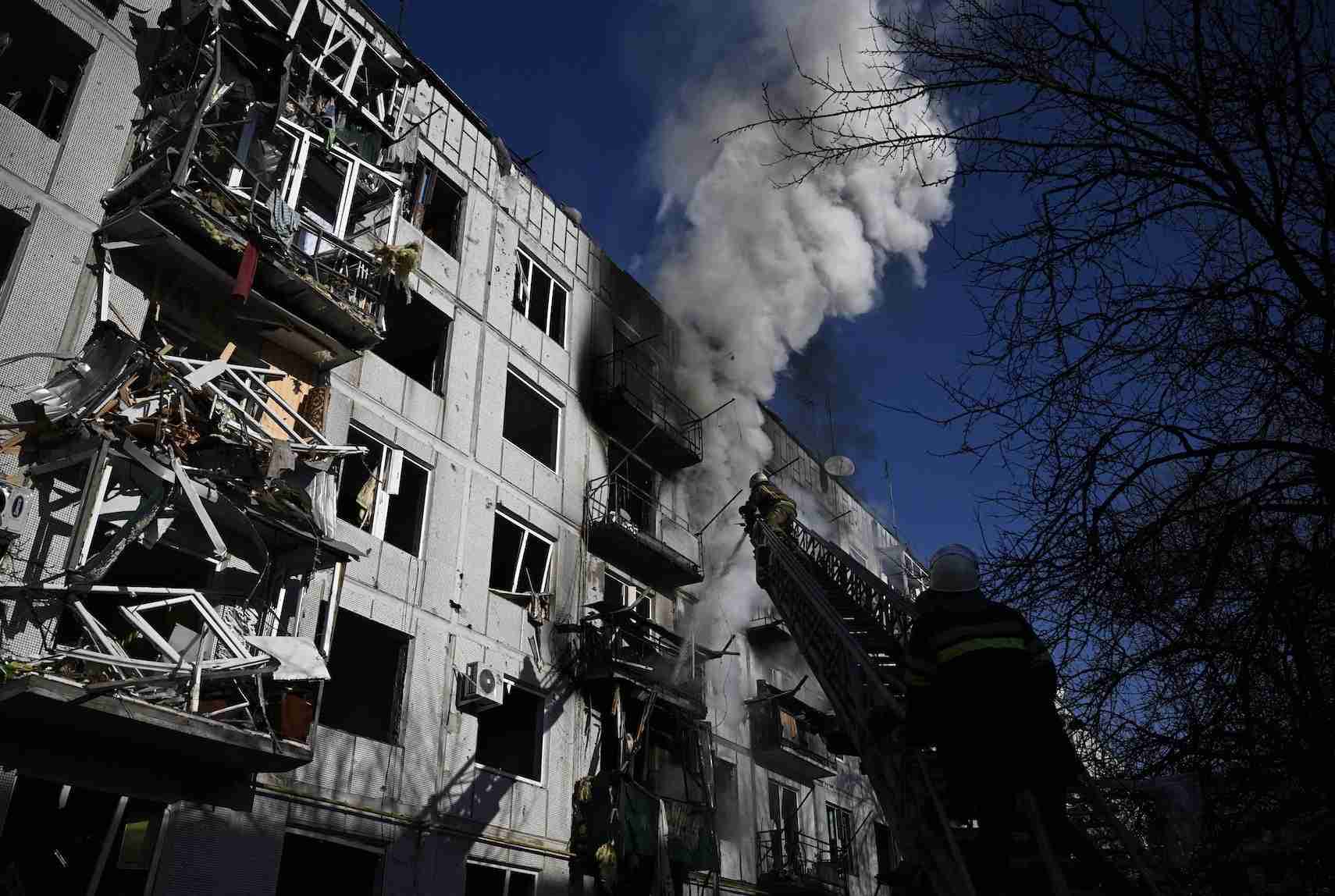 
Russia began an invasion of Ukraine this morning with bombings in different parts of the country and ground incursions in various parts of the territory that have already caused the first casualties, several of them civilians.

The beginning of the invasion was strongly condemned by a large part of the international community and by the Government of Ukraine, which broke diplomatic relations with Moscow, and promised to defend itself, while requesting international help to force Moscow to respect peace.

Diplomatic efforts in recent weeks and the imposition of Western sanctions against Russia were not enough to deter Russian President Vladimir Putin, who had deployed between 150,000 and 200,000 troops along Ukraine’s borders for weeks.

“I have made the decision of a military operation,” declared the president in a televised speech at dawn, in which he assured that he was not seeking the “occupation”, but “a demilitarization and denazification” of Ukraine and the defense of the pro-Russian rebels. from the east of the country, reproduced the AFP news agency.

Shortly after, explosions began to be heard in several cities in Ukraine, from kyiv to Kharkov, its second city on the border with Russia, but also in Odessa or Mariupol, on the shores of the Black Sea and the Sea of ​​Azov.

“I have made the decision of a military operation,” declared the president in a televised speech at dawn, in which he assured that he was not seeking “occupation”, but “demilitarization and denazification”

The bombing warning sirens were activated in the capital, in Odessa and in Lviv (Lviv), where the United States and other countries had moved their embassies.

See also: The European Parliament closes a long and traumatic chapter of Brexit

The Russian army claimed that it was attacking Ukrainian military installations with “high-precision weapons”, claiming that they had destroyed anti-aircraft defense systems and put Ukraine’s air bases “out of service”.

The Russian military also said that separatists from the east are advancing and taking control of territories.

kyiv announced that more than 40 soldiers and a dozen Ukrainian civilians were killed. He also confirmed that there have already been ground incursions by Russian forces to the north, from Russia and Belarus, but also to the south in the Crimean peninsula, annexed by Moscow in 2014.

Belarus, an ally of the Kremlin, assured that it was not participating in the operation.

Ukrainian President Volodimir Zelensky announced martial law throughout the country, but asked the population not to panic. He also urged the international community to create an “anti-Putin coalition” to force Moscow to respect the peace.

In addition, the president decided to cut diplomatic relations with Russia, which had been maintained despite the annexation of Crimea.

“Ukrainian forces are engaged in fierce fighting. The enemy has suffered significant losses that will be even more significant,” Zelensky also said, promising to “inflict maximum casualties” on the aggressor.

The Ukrainian army claimed to have killed 50 Russian occupiers, and shot down five planes and a helicopter in the east of the country.

“Ukrainian forces are engaged in fierce fighting. The enemy has suffered significant losses that will be even more significant.”

The Ukrainian authorities closed the airspace to civil aviation for security reasons, while Russia closed maritime transport in the Russia assured that the civilians of Ukraine “have nothing to fear”, but in the kyiv metro, dozens of people they were looking for shelter or a way out of the city by train or road.

See also: They identify another Argentine among the victims of the Miami building


“I woke up to the noise of the bombs, I prepared the bags and fled,” Maria Kashkoska, 29, told AFP in a state of shock on the subway.

In the middle of the night, the capital’s traffic was typical of rush hour. Vehicles full of families were seeking to leave the city, heading west, as far as possible from the Russian border, located 400 km away.

In Chuguev, near Kharkov, a woman and her son mourned a man, killed in a missile strike, one of the first victims of the attack.

“I had told him to leave,” the son repeated tirelessly, next to the remains of an old Lada car and the crater caused by the shell that fell between two five-story buildings.

In his televised message, Putin had urged the Ukrainian soldiers to lay down their arms and justified his attack by the alleged “genocide” of the Russian-speaking population in eastern Ukraine.

The reactions to the beginning of the invasion were immediate. Biden, who called Zelensky to express his “support”, condemned “the unprovoked and unjustified attack by the Russian military forces” and assured that “the world will hold Russia responsible.”

See also: An average occupancy of 81% was recorded during the first weekend of January

“President Putin has chosen a premeditated war that will bring a catastrophic loss of life and human suffering,” remarked Biden, who will meet virtually with the G7 leaders today at 11 a.m. (Argentine time).

Emergency meetings of the leaders of the European Union and NATO are also planned. The head of the military alliance, Jens Stoltenberg, denounced the “irresponsible and unprovoked attack (…) that puts countless civilian lives at risk.”

The head of European diplomacy, Josep Borrell, warned that “Russia will face unprecedented isolation” and promised “the most robust and severe package of sanctions that we have ever adopted.”

China, close to Russia, indicated that it was “closely monitoring” the situation and urged the parties to “moderation”.

The head of the United Nations, Antonio Guterres, assured that it was “the saddest day” of his mandate.

Military tensions between Russia and Ukraine have escalated in recent months since Moscow began massing tens of thousands of troops on the border between the two countries.

The alert turned red this week after Putin recognized the independence of two separatist and Russian-speaking provinces in eastern Ukraine, Lugansk and Donetsk, which border Russia, and the Russian Senate authorized the government to use military force in abroad.

More than 14,000 people have died in Ukraine in fighting between the Army and militias from the two breakaway provinces since they declared independence in 2014.

Wheat shipments from Australia and Argentina near record levels

Vesić laid a wreath at the monument to Gavril Princip

Noro! Maribor against the sensation of the season that shocked Real in Madrid?

World Cup in Qatar, Rai will broadcast all 64 matches. Even without Italy

Zelensky: Donbass is Russia’s main target. It is the Donbass that Russia wants to destroy in the first place

Imran Khan rejected the claim of Pak Army, said- ‘Army’ had given me three options