Russia-Ukraine War, a map of places where the International Space Station could fall has been released

Since the beginning of the invasion of Ukraine by Russia and the consequent sanctions, there has been talk of possible catastrophic side effects on scientific research and also on the International Space Station. Moscow again states that the sanctions could cause the fall of the ISS and it does so through the words of Dmitry Rogozin, the head of the Russian space agency Roscomos. According to Rogozin, the sanctions could stop the operation of the Russian spacecraft supplying the ISS, consequently affecting the Russian segment of the station it helps, among other things, to correct its orbit. The risk is therefore that of a ditching or a landing of the station on the earth.

Russia-Ukraine war, Europe has suspended all Soyuz launches with satellites for Internet connections

“The Russian segment ensures that the station’s orbit is correct (on average 11 times a year), also to avoid space debris,” said Rogozin. By publishing a map of the places where the ISS could eventually fall, stressed that this is unlikely to happen in Russia. “But the populations of other countries, especially those led by warmongers, should think about the price of sanctions against Roscosmos”, she continued, calling the countries that imposed the sanctions “crazy”. 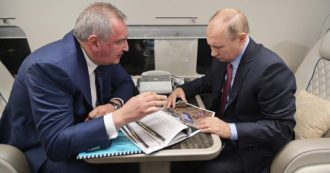 Ukraine, the threats of the director of the Russian Space Agency: “Attack on our satellites is a valid reason for war”

On March 1st, the NASA he said he was trying to find a solution to keep the ISS in orbit without Russia’s help. Crews and supplies are transported to the Russian side from the Soyuz spacecraft. But Rogozin said that the launcher used for take-off is “subject to US sanctions from 2021 and those of the EU and Canada from 2022”. Roscosmos then stated that he had launched an appeal to NASA, the Canadian Space Agency and the European Space Agency, “asking for the lifting of illegal sanctions against our companies”.

On the future of the International Space Station (ISS) “The risk is there but at the moment there are no effects. It is only verbal skirmishes and we hope it will not go further ”says LaPresse the astronaut Umberto Guidoni. Which explains that the life of the station “should have ended in 2025” but there was talk of extending it, but at this point it is “probable” that this will not happen. At the same time, we must keep our eyes on the end of the month when two Moscow astronauts and one American astronauts are scheduled to return to earth from the station via a Russian Soyuz capsule. 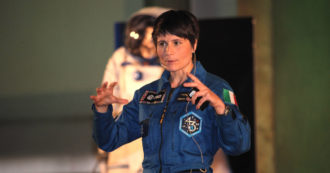 Samantha Cristoforetti will no longer be the commander of the International Space Station. The communication of the ESA

No danger that the Space Station could fall towards the Earth: it has just been repositioned on the correct orbital position on 11 March by a Russian Progress cargo, writes the expert in celestial mechanics on Twitter (branch of classical mechanics that studies the movement of bodies heavenly) Jonathan Mc Dowell. This gives the location of the Space Station is insured for at least two or three months, before a similar maneuver is necessary.

Motorola announces Edge 30 Pro, a top of the range with OLED display and 60MP selfiecam

Use of adjuvants in Cuyo olive forests In San Juan, Mendoza, La Rioja and Catamarca, applications are being carried out efficiently, respecting the loading order, using specific adjuvants and controlling the labels of each product.

How to free up space on Android without apps