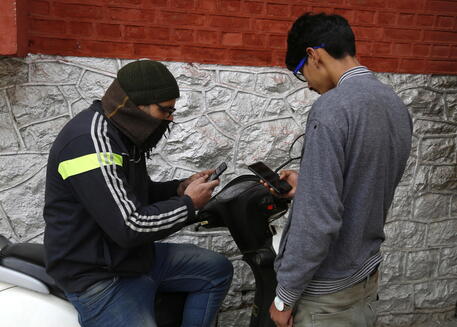 About 20 popular VPN services, software that allow you to connect to a private network to bypass censorship and connect to banned sites and apps, have been blocked in Russia. Roskomnadzor, the Moscow communications agency, intends to continue this preventive blockade, according to the president of the State Duma Committee on Information Policy, Alexander Khinshtein, and reported by Interfax. From February 24, the day of the invasion of Ukraine, to March 8, SensorTower analysts had identified a peak of 1,500% in downloads of VPN services for Android and iOS in Russia, compared to 13 days before the attack.

“Roskomnadzor works, VPNs are blocked every day, it’s not such a simple task but it’s moving forward,” said Alexander Khinshtein during a discussion on Russia’s restrictions on social media owned by Meta, Facebook and Instagram. “Anyone who continues to use these social networks, in one way or another, is using a VPN, an internet routing bypass system.” On March 11, following Reuters news of Facebook and Instagram’s temporary suspension of censorship of violent posts against Russian soldiers, Putin and Belarusian President Lukashenko, the Russian Attorney General’s Office filed a lawsuit to label Meta as an extremist organization and to ban its activities in Russia. VPNs, in addition to masking the real internet address of a user, also simulate a different geographical position than the actual one. In this way, those who surf from Russia can access sites and services that would otherwise be blocked or slowed down.

Affordable loans will be provided with government support for home renovations

El Chaqueño Palavecino released a statement after his problem with the police in the middle of a show: “Hurt”