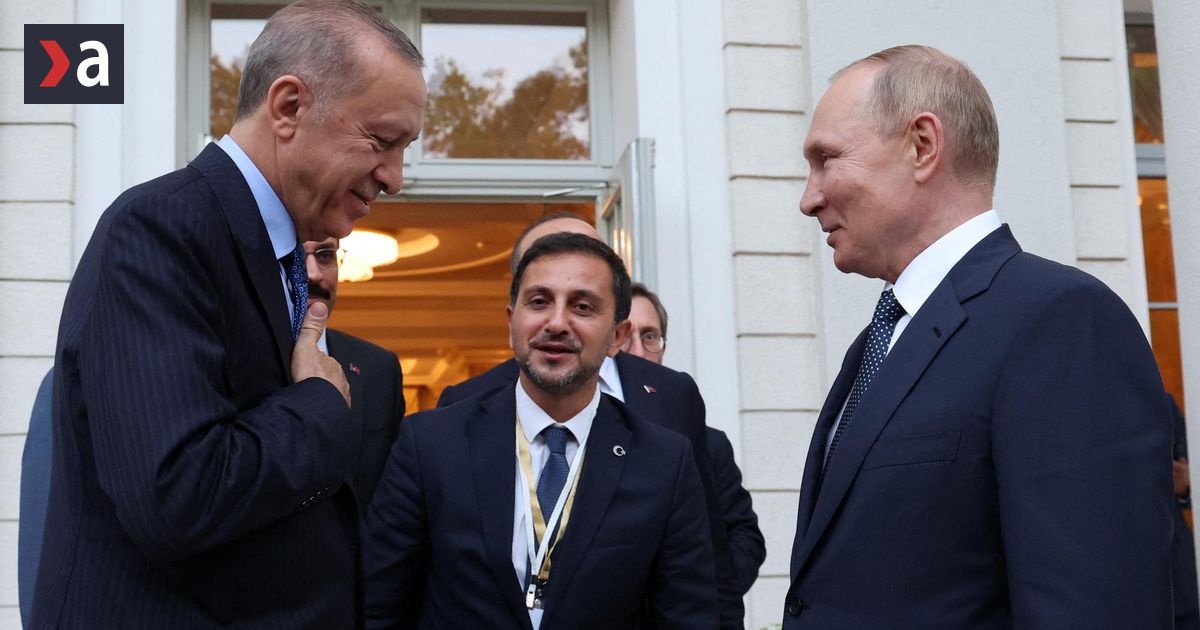 Thanks to the News, everyone has access to verified information for free.

Support us now too.

Russian President Vladimir Putin and his Turkish counterpart Recep Tayyip Erdogan agreed on Friday to strengthen political and economic cooperation between the two countries, including cooperation in the fields of energy and trade. This follows from the Kremlin’s statement, TASR informs, according to a report by the AFP agency.

The two leaders met on Friday in the Russian Black Sea resort of Sochi. Their joint conversation lasted approximately four hours. “Despite the current regional and global challenges, the leaders reaffirmed their common will to further develop Russian-Turkish relations,” the Kremlin said. Putin and Erdogan agreed to intensify trade and support economic and energy cooperation with a focus on transport, agriculture, tourism and construction.

Russian Deputy Prime Minister for Energy Alexander Novak said it was a very important agreement, with ties aimed at reaching a “new level of development” across “virtually all sectors”.

Putin and Erdogan stressed the importance of “sincere and trustworthy relations” needed to achieve regional and global stability, the Kremlin said. They also talked about resuming Ukrainian grain supplies, pointing to the two countries’ “constructive relations” which they said made the agreement possible. The Kremlin’s statement did not directly mention the “special military operation” in Ukraine, AFP notes.

Putin and Erdogan also talked about the situation in Syria. They confirmed “that they attach great importance to the advancement of the political process” in this country. “The determination to act together and in close mutual coordination in the fight against all terrorist organizations was reaffirmed,” the Kremlin added.

An announcement has been made to those who have an account at Yapı Kredi Bank: If your name and surname are written here…

IT WAS HUMILIATING, STEFAN WAS PROUD Sanja Grujić untied her tongue, then tied it around Karić