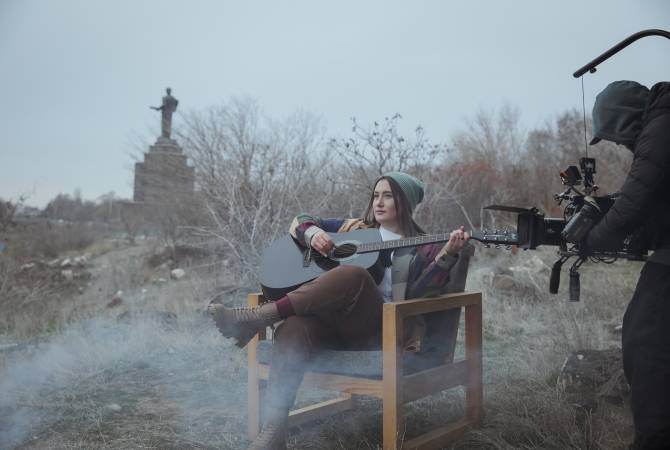 As reported by “Armenpress”, the Armenian delegate of Eurovision tells that his song is a direction to his inner world, it is a personal story that is familiar to everyone.

“I think we all find ourselves at a point where there seems to be no way out, that the whole world is just upside down. At that point, you start questioning everything, even yourself. I am very familiar with that desperate situation. As a result, I realized that I was able to shape my reality. for that I just had to find my inner peace outside the ways I knew. The key is to love and accept yourself, to realize that you are the only one you need. “Snap was a self-healing for me, I hope this song will help people who are having a hard time now.”

Anushik Ter-Ghukasyan, the music producer of the First Channel, mentions that the Public TV received the initial version of the song from Rosa, which has undergone very few changes.

“I think in this case it is beneficial that the author of the song is the artist, because he can feel the best and convey the emotional palette of the work to the audience. “I am very happy that this year the First Channel team is cooperating with foreign producers who have implemented major international projects.”

“Snap” is a fragile, sincere, well-constructed pop song. “We hope that the participation of a young artist like Rosa with such a song will once again draw the attention of the international audience to the new generation of talented singers, composers and producers,” says Tamar Kaprielyan, co-founder of “Nvak” ensemble.

According to the decision of the Public TV, the video was shot by director Aramayis Hayrapetyan based on the previously presented concept.

“After listening to the song, I was constantly thinking that I should convey the artist’s emotions in the most accessible and accurate way possible. It was a precondition for me not to leave the artist in the background. We shot in such a way that through artistic and visual solutions the viewer will have the opportunity to travel to another, unusual reality, – says Aramayis Hayrapetyan.

Police crime: Mirror’s appeal did not prosper and they ratified the life sentence

A 200-megawatt photovoltaic power plant will be built in Armenia. The investment value is $ 174 million

95% of Uruguayans are vaccinated