Ronaldo broke down in tears during Portugal’s national anthem 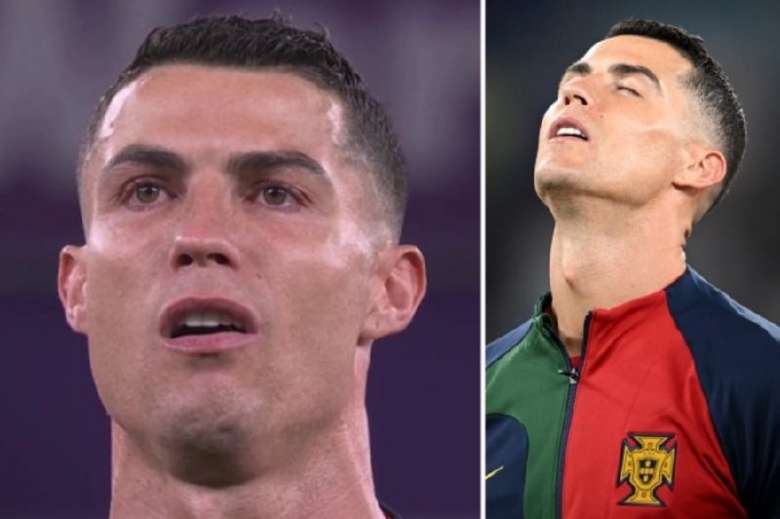 Today, on November 24, the teams of Portugal and Ghana meet in the first round of the group stage of the FIFA World Cup in Qatar. Attacker Cristiano Ronaldo couldn’t hold back his emotions during the performance of his country’s anthem before the game and burst into tears.

Let’s remind that the captain of the Portuguese football team, Cristiano Ronaldo, will leave “Manchester United” before the end of the contract by mutual agreement. In an interview recently, Cristiano Ronaldo severely criticized the management of “Manchester United”, stating that the club’s management is not interested in the sports aspect at all. Ronaldo mentioned that the club has only marketing significance for them. Ronaldo also stated that he does not respect the coach of the team, Erik Ten Haag, who does not show respect to him. Cristiano Ronaldo noted that the club has not made any progress since long-time head coach Alex Ferguson left the team. That interview was followed by the statement of “Manchester United” that they took steps related to Ronaldo’s interview. With that statement, the club stated that there will be no additional comments until the process is completed.

In a number of educational institutions of Armavir marz, building and property improvement works, construction of gymnasiums will be carried out.

Pfizer is 85% effective and can be stored in regular freezers

Results of the UN Security Council meeting on Zaporozhye NPP: China wants to seat Ukraine and the Russian Federation at the negotiating table, all countries are in favor of the visit of the IAEA mission to the plant

The ironic comment of a driver against Andy Kusnetzoff: “Chimento”

Mher Grigoryan discussed with the Iranian ambassador the issue of launching the railway between Armenia and Iran in the event of a possible lifting of the embargo.