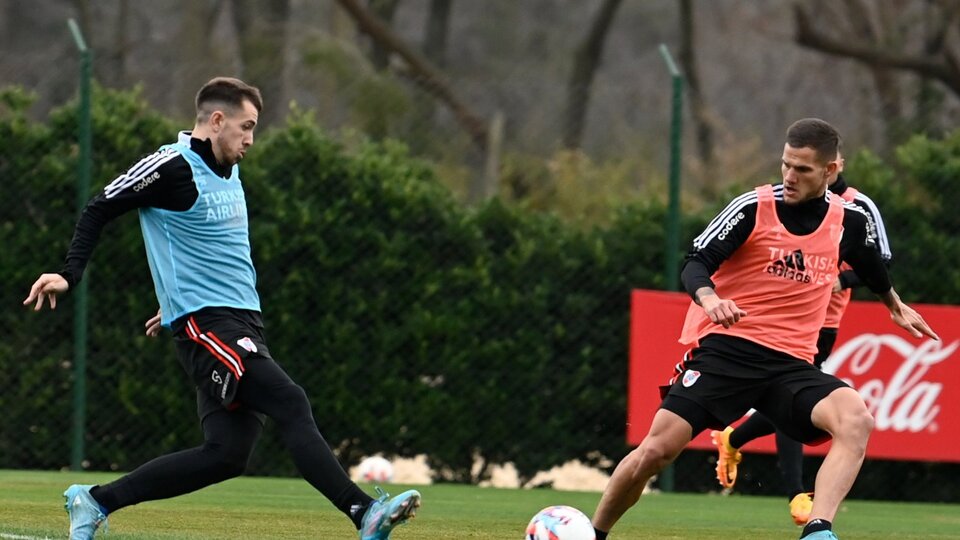 
With their sights set on Wednesday’s game against Vélez in Liniers for the first leg of the Copa Libertadores round of 16, the River players who defeated Lanús 2-1 at the Monumental held a regenerative work at the Ezeiza River Camp.

Three days before the cup match, lat the idea of ​​coach Marcelo Gallardo it is to repeat the same team, although the doubt is Nicolás De la Cruz who came out in the first half on Saturday with a strong blow to the right heel.

Gallardo’s focus is on the evolution of Milton Casco and Matías Suárez, with the idea that both are part of the call and can go to the bank on Wednesday. Casco is in the final stages of recovery from a tear in his right calf and will be required to determine whether or not he is discharged..

In principle, it would arrive with just enough. Matias Suarez He has already been discharged and is fit to play again after a tear in the soleus and chronic synovitis in one knee.

Council of the Judiciary: The hint of Roxana Reyes to Cristina Kirchner

Why should not you drink coffee without consuming breakfast first

How much water does our body need and what does it need?

4 steps to charge your phone faster

MINA HAS A TATTOO DEDICATED TO THE KING ?! The former co-worker received a letter of support in which everything was revealed!