Retired with 41 years of contributions and 62 years of age, but with the reduced allowance 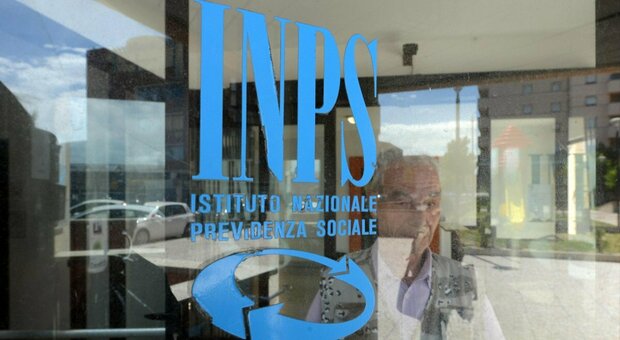 Here comes the “flexible early retirement” but with a ceiling on the check and a ban on accumulation. There is an adjustment to inflation but only for pensions up to 2,100 euros: for all the other allowances reduced compared to expectations with lower earnings of over 400 euros per year. From 103 to the new calculation method for revaluing cost of living allowances, the innovations in the field of pensions introduced by the maneuver leave open some nodes. To which are added the doubts also around the new one Female option.

Cigarettes, 20 cent increase since January. Price increases also on e-cigs and cigars with the new excise duties from 2023

The major concern is the new pension equalization mechanism, which marks a return to “bands” instead of the more favorable three Prodi “staggers” restored last year by the government Dragons. In fact, from January 1st, the adjustment to inflation (which a decree of Economy Minister Giorgetti has set at 7.3%) will be full only for checks equal to or less than 4 times the minimum (2,096 euros gross). , but beyond that threshold progressive cuts are triggered. The revaluation will therefore be 80% for the 2,096-2,620 euro range; to then progressively drop to 55%, 50%, 40% and finally 35% for pensions exceeding 10 times the minimum (5,240 euros gross). This means that those who receive 2,600 euros gross will see their pension rise by 146 euros (the 80% revaluation translates into a +5.84%), but losing about 34 euros per month compared to the old system and 446 per month. year. For a gross check of 3,100 euros, you will end up pocketing 110 euros less per month.

THE SYSTEM AND THE CRITICISM

A system that allows savings (estimated around 2 billion) necessary to cover the social security measures contained in the budget law. But that sends the unions into a rage. “Italian pensioners are treated like ATMs”, attacks the general secretary of Spi-Cgil Ivan Pedretti, noting that pensions of 1,500-1,600 euros net per month, the result of over 40 years of work and contributions paid, are “passed for the rich”. On the other hand, the gains – albeit slightly – will be the minimum pensions, for which a 120% revaluation is envisaged: in addition to the 7.3% adjustment, there will also be an increase of 1.5 percentage points for each month ( and another 2.7 points in 2024) and thus the 2.5 million pensioners involved will receive 570 euros. About 8 euros more than necessary, but Forza Italia aims to do more: «We tell the government that, digging into the folds of the budget, it is possible to find other funds to bring them to 600 euros, at least for those over 70 and a Isee very low», says the vice president of the Chamber Giorgio Mulè. Even the introduction of quota 103 leaves some questions open.

AT WHAT AGE DO YOU LEAVE WORK

The “flexible early retirement”, thus renamed in the maneuver, allows leaving with 41 years of contributions and a minimum of 62 years of age, but sets a limit that appears to be a disincentive: a “ceiling” on the checks which, until the retirement age (67 years of age or 42 years and 10 months of contributions for men and 41 years and 10 months for women), cannot exceed five times the value of the minimum pensions (therefore 2,620 euros gross). Furthermore, the checks cannot be combined with other income from occasional work beyond the limit of 5 thousand euros. There are also exit “windows”: three months for private workers and 6 for public ones. But for those who have matured the requirements on December 31 of this year, they will have to wait for retirement, which will start in April 2023 if it is a private employee, or August 2023 again if the worker is an employee of the public administration.

To create doubts is also “Women’s option”. The pension advance for female workers is extended by one year, but remodulated on the basis of the number of children. While waiting to see the wording of the law (the article is still empty in the draft), the former mayor of Turin and M5s deputy Chiara Appendino warns that this penalizes women who have no children, “blaming those who have made a free choice or those who have not been able to have children even if they wanted them”. So the rule is unconstitutional warn the jurists. According to Gaetano Azzariti, full professor of constitutional law at La Sapienza, quoted by Il Fatto Quotidiano, it is “an unreasonable distinction that can lead to a violation of the principle of equality”.

Cybersecurity, 32% of global companies attacked in 2022 According to experts, the cyber risk index has increased

Cuban Justice defends itself after accusations for recent rulings of 11J

Zelensky about Putin: He came here without talking, killed people, resettled 12 million, and now he says that Ukraine does not want to negotiate

Alarm in Brazil: Richarlison was injured and retired on crutches from the field