Remittances from Russia may decrease by 50%, business will have to be rearranged ․ Minister: 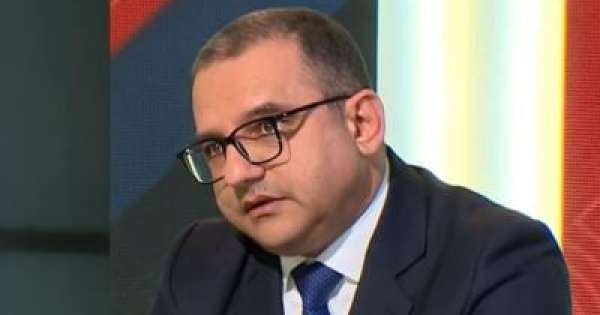 In the situation created by the Ukrainian war, remittances from Russia to Armenia may decrease, and due to the created problems, Armenian business will need some time to rearrange. The Minister of Finance of the Republic of Armenia Tigran Khachatryan said during the program “Interview with Petros Ghazaryan” on the Public TV, answering the question how you will assess the financial stability of Armenia today.

“Our assessment of financial stability depends on many issues. Recently, as in the region in general, there are risks in Armenia, which are conditioned by the economic developments in our neighbors and relatives,” the minister said.

Tigran Khachatryan noted that Armenia’s economic ties with the Russian Federation are very close, there are several directions, which are first of all essential for the year forecasts.

“First of all, the transfers are natural, not as much as it was 8 years ago, but we continue to have that transfer support from our compatriots to their relatives, who live in Armenia. In 2018, 2019, 2020 In 2021, the average annual amount of these transfers was 850 million dollars, we are talking about transfers of individuals. “If we are to compare this figure with what happened in a similar situation in 2014-15, this figure may be at a risk of a 40-50% decline,” he said.

Tigran Khachatryan noted that the next indicator is the export from Armenia to Russia, which by the results of 2021 has exceeded $ 800 million. According to him, in a short period of time, many exporters from Armenia had losses because the ruble depreciated, some of those companies had dollar receivables, ie the goods were delivered but the payments were not received yet, they had certain financial losses due to the exchange rate.

“And we can expect that the current affairs of those organizations became difficult in some sense. They are conditioned by logistics difficulties. And against this background, these indicators can not but affect the economic developments expected in Armenia by the end of the year. “I think it is too early to give an assessment, because the same exporters are talking about the fact that although the financial situation has changed dramatically, opportunities have arisen,” he said, noting that many companies are leaving Russia. Armenian companies can fill that gap in the market.

As the next factor, the Minister mentioned the logistical difficulties, which arise again due to the situation. As air transportation has become more limited in many directions, land transportation has also become more limited in the sense that they do not operate in all directions as regularly as they did in recent weeks. “Accordingly, our business will need some time to reorganize, redirect their resources, review the medium-term plans, to be able to adapt to the new situation,” said Minister of Finance Tigran Khachatryan.

Was the relocation of “Sunny Hill” planned earlier? Deputy Mayor: Conspiracy theory, how the truth stands

Rising prices, the Government almost the second financial package in support of citizens

He gained the trust of a 12-year-old girl on Facebook and raped her in a vacant lot The aberrant event occurred in December and today, Friday, through an abbreviated trial, Rodrigo Reynoso was sentenced to 8 years in prison.

SBU on DDoS attack on Ukrainian websites and banks: We clearly see the trail of foreign intelligence services

Gennady Gudkov: Despite the fact that Biden, Johnson and Xi Jinping warned Putin, he pretends to be crazy and can use nuclear weapons