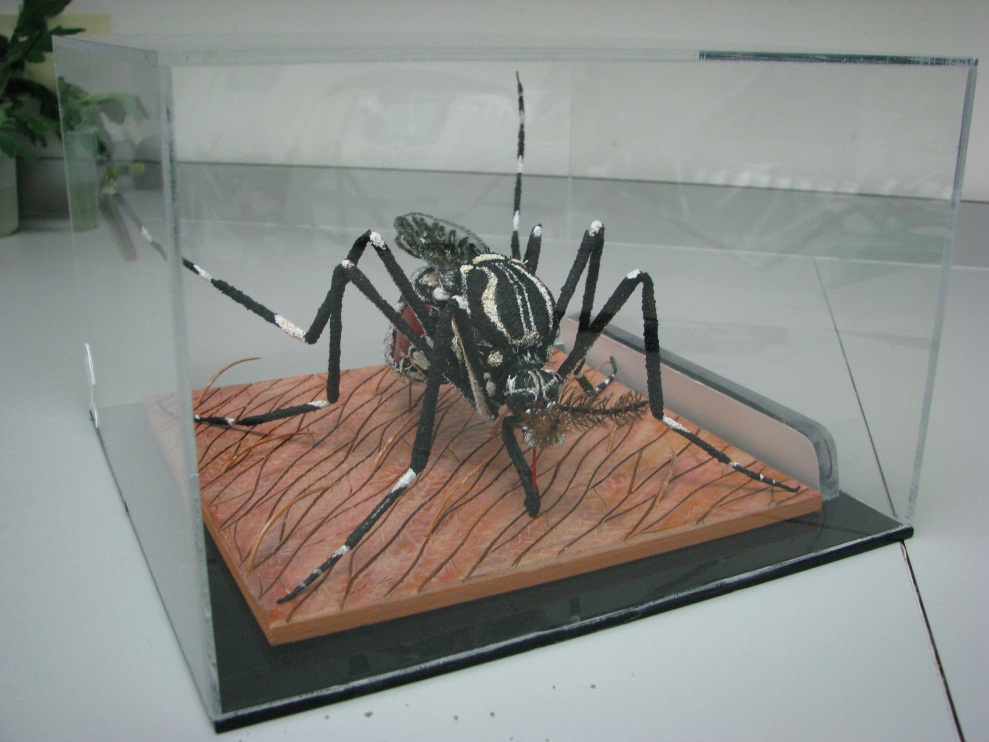 BRASILIA (Uypress) – The Brazilian government has just authorized the use of modified male mosquitoes of the dengue-transmitting species (Aedes aegypti) in order to compete with normal ones.

Dengue fever is considered one of the fastest growing mosquito-borne diseases, annually affecting more than 50 million people worldwide, with increasing prevalence and severity.

During 2013, the disease affected more than one and a half million Brazilians, causing the death of 545 of those infected.

Faced with a true epidemic situation, the Brazilian government has just authorized the use of mosquitoes Aedes aegypti genetically modified to combat disease transmission. It is the male variant OX513A, made by the British Oxitec, and whose introduction was approved by the National Technical Biosafety Commission (CTNBio) of the northern country (a body dependent on the Ministry of Science, Technology and Innovation) by 16 votes in favor. and one against.

In this variant of the species, two additional genes have been introduced that act by preventing them from having viable offspring. With the genetic manipulation carried out, the mosquitoes can mate with normal females and procreate, but the offspring die before reaching the adult phase, with which it is intended that they enter into competition with normal males and end up reducing the population of mosquitoes. Aedes aegypti to a minimal expression.

However, various organizations have warned that there is no scientific evidence to support this hypothesis and also about the biological risk that the eradication of the insect would entail.

As reported The country Madrid, the aforementioned British firm Oxitec will be in charge of launching the mass production of the modified variant, after three years of experiments in collaboration with the Brazilian social organization Medfly. The decision of the Brazilian Government is based on two trials carried out in the town of Juazeiro, in the interior of the State of Bahia, where the release of these transgenic mosquitoes has achieved, according to the researchers, a decrease of 81% and 93% of the population of the species. The released specimens survive between two and four days, so that the population grows artificially at first exponentially and then plummets. Transgenic males do not bite and only females have the ability to transmit dengue to humans.

How does it act?

The company Oxitec reports that through the use of “advanced genetics” it inserts a lethal gene into its mosquitoes. This gene is passed on to the offspring of the genetically modified mosquito, so that when the mosquitoes Oxitec are released into the environment and mate with females s offspring inherit the lethal chain. As a consequence, the resulting offspring will die before reaching adulthood and the local mosquito population will decline. The firm called this technique RIDL.

Model of the dengue mosquito, Aedes Aegypti, developed by Oxitec

The CTNBio has warned that the massive release of these insects must be accompanied by an exhaustive control of the population of another transmitting species, the Aedes albopictus, “due to the risk that it occupies the ecological niche generated by the suppression of Aedes aegypti”. These observations are already under way in a third experiment being carried out in Jacobina, a town of 80,000 inhabitants also located in the State of Bahia, where Medfly is releasing millions of transgenic mosquitoes to analyze the behavior of albopictus. According to the researchers, there is already evidence that it is necessary to release 500 transgenic specimens per week per inhabitant to guarantee a decrease in the Aedes population.

“As a scientist, I cannot say that the risk is zero, in the same way that a vaccine is not 100% effective either. What I can say is that the project works and that the potential of this genetically modified insect is very good. “It is important that we take some precautions, such as carrying out all quality controls in production. We cannot launch defective mosquitoes on the market, or let females escape. It would be like selling contaminated milk,” explains the molecular biologist specializing in mosquitoes and a researcher at the project, Margareth Capurro.

According to the Ministry of Health, Brazil has 321 cities at risk and 725 on alert for a possible epidemic.

Capurro assures that the release of the transgenic mosquito “does not pursue the eradication of the species, but the reduction of its population to levels that minimize the transmission of dengue.” The scientist recalls that the same species, which originated in Singapore and arrived in Brazil aboard ships and planes, was eradicated in the American country in the 1950s through the use of insecticides. Its reintroduction took place in the eighties.

For his part, Gabriel Fernandes, advisor to the Brazilian organization for family farming and agroecology AS-PTA, stated that “there is no data to show that this mosquito reduces the incidence of dengue.”

From the non-governmental organization GeneWatch It is stated in a statement that “Oxitec has not yet published any conclusive results on its investigations in Brazil, which began in February 2011. Results of previous studies with the same genetically modified mosquito, carried out in the Cayman Islands, showed that the proposed technology is inefficient, requiring an initial release of more than seven million mosquitoes genetically modified to suppress a wild population of only 20,000 mosquitoes, followed by a release of 2.8 million mosquitoes.

“Ineffective and dangerous, the transgenic insects of Oxitec they are a poor showcase for British exports to Brazil. A desperate attempt to support British biotech and reward venture capital investors must not blind the UK and Brazilian governments to the risks of this technology,” says Helen Wallace, director of the British organization GeneWatch.

Last performances of the National Comedy

Attack on Cristina Kirchner: Andrés Larroque affirmed that “being loved by the people is a crime for the power factors”