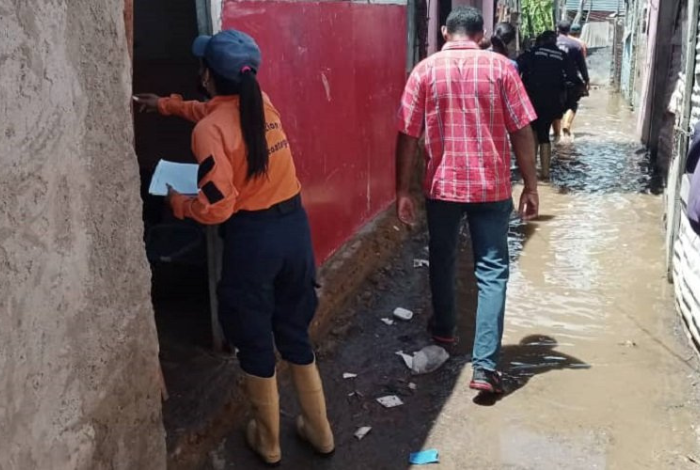 The heavy rain recorded in the early hours of this Thursday, September 22, left a balance of four houses affected in Puerto La Cruz.

This was reported by the director of Civil protection (PC) and Disaster Administration in the Sotillo municipality, Luis Yampiero, who stated that the houses are located in the El Paraíso sector.

«There are 12 houses that are in El Paraíso 3B, of which there are four affected by flooding, but there were no losses. At this time (1:00 pm) the water level has already dropped 70%»he indicated.

The official added that in the morning hours, in some sectors such as the high of Chuparín and Pozuelos, Some areas were flooded.

However, in a tour carried out by El Tiempo, it was found that in important avenues such as 5 de Julio and Municipal, as well as in Paseo Miranda, it was noted that the drainage worked correctly.

Where self-sacrifice was observed was in much of the parking lot of blocks 20B and 21B of Los Cerezos.

“Every time it rains it gets like this. Those who have cars have to park in the entrance so they don’t get under the water », said a lady from the window of her apartment.

The director of PC-Guanta, Miguel Hurtado, affirmed that in the port municipality there were no damages due to the precipitation of the early morning.

He recalled that the heavy rain was caused by tropical wave number 39, which is passing through Venezuelan soil.

Read more in The Time

Without the Government: Political parties resume constituent dialogue in Chile

An inexpensive method to lose weight