Querétaro was thrashed 3-1 in his visit to Atlas 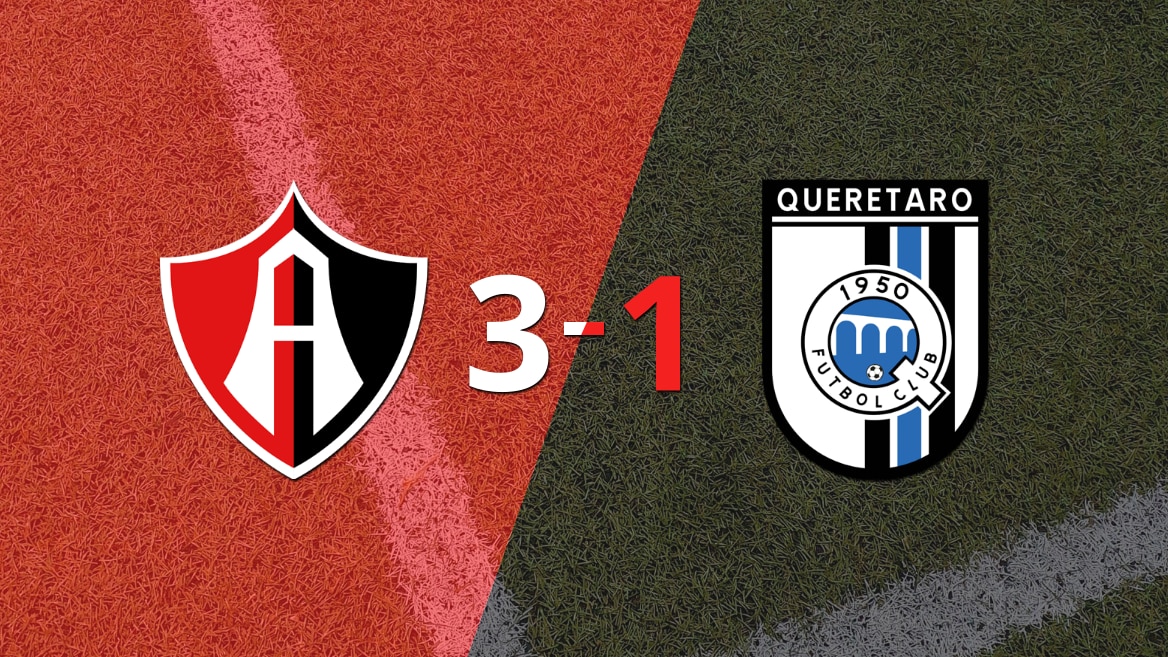 The figure of the meeting was Alberto Ocejo. The Atlas midfielder stood out against Querétaro because he kicked 4 times on goal.

Another of the key players at the Jalisco stadium was Ángel Sepúlveda. The Querétaro striker converted 1 goal and kicked 5 times on goal against Atlas.

With many fouls, it was an intense game with many interruptions on the pitch. There were several cautioned: David Barbona, Omar Mendoza, Camilo Vargas and José Angulo. Hugo Nervo was sent off for a direct red card (32′, 1T) and Omar Mendoza for a double yellow card (15′, 2T).

For their part, those led by Mauro Gerk stood with a 3-4-3 strategy with José Rodríguez under the three sticks; Omar Mendoza, Enzo Martínez and Gabriel Rojas in defense; Kevin Escamilla, Jorge Hernández, David Barbona and Kevin Balanta at midfield; and Ángel Sepúlveda, Pablo Barrera and Ariel Nahuelpan up front.

The match at the Jalisco stadium was directed by referee Fernando Guerrero Ramírez.

For the next date, the Foxes will visit Chivas. On the other hand, the Gallos Blancos will receive Atl. of Saint Louis.

The local is in the fourteenth place with 7 points, while the visitor reached 2 units and is placed in the eighteenth place in the tournament.

WHO: Delta variant on track to become world dominant

Do not ignore pain and numbness in the hand; May be a symptom of carpal tunnel syndrome

Crimean-Congo hemorrhagic fever in the UK; Mortality rate is 40 percent

Fishing season has begun in Ukraine, restrictions may be imposed on fishermen during the war