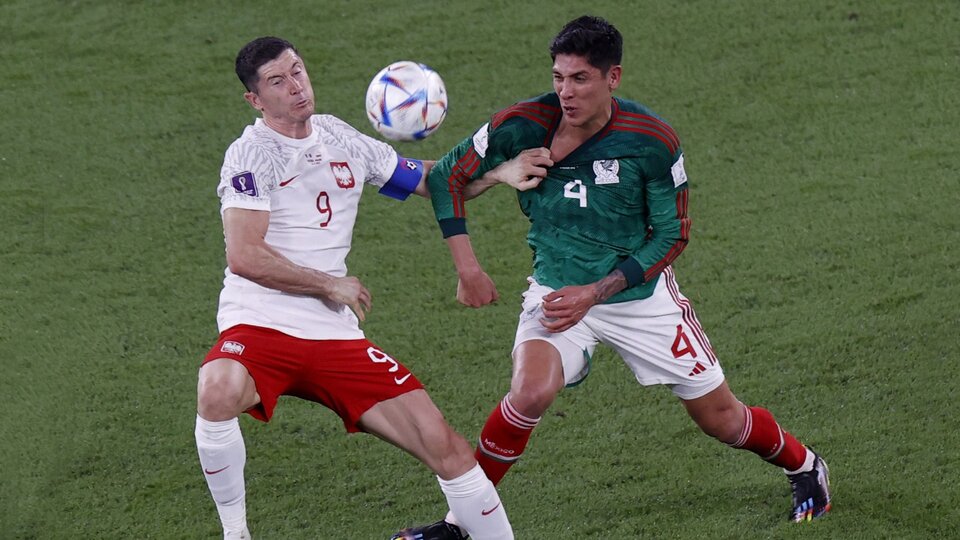 
Robert Lewandowski wasted a penalty and Poland and Mexico matched this Tuesday goalless at stadium 974 for the first date of Group C of the Qatar 2022 World Cup, in which the Argentine team debuted with the wrong foot but was favored by the draw between his next rivals.

In the initial stage, Mexico had the best situations, after the first 25 minutes in which both teams were far from the goal, but lacked aim to transfer the progress to the scoreboard.

Amid deafening encouragement from the Mexican fans, who even dared to shout “ole” at various times during the match, the Polish goalkeeper Wojciech Szczesny had a series of interventions to keep the zero on his fence.

Already in the plugin, Guillermo Ochoa grew into his goal and saved Robert Lewandowski a penalty after a controversial VAR intervention and maintained equality at 13 minutes.

Then Mexico reacted again and Szczesny, one of the figures of the match, had to appear again for the match to end goalless as the Argentine team needed.

With this result, Saudi Arabia leads the group with three points after the surprising victory over Argentina, who did not add points, while Mexico and Poland add one each.

In the next round, Mexico will be Argentina’s rival on Saturday at 4:00 p.m., while Poland will do the same against Saudi Arabia on the same day at 10:00 a.m.

Reduced pressure in sheaves in France, partial lifting of restrictions in Shenzhen… update on the coronavirus

A new inhalable vaccine against Covid has been developed: this is how it works