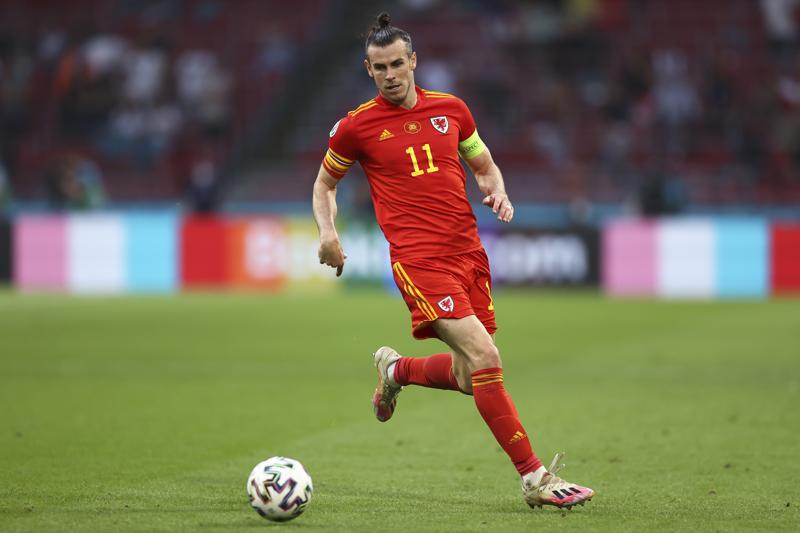 
More than two years have passed since a smiling Gareth Bale, celebrating a great victory with his national team, raised the Welsh flag emblazoned with the phrase: “Wales, Golf, Madrid. In that order”.

At least in his football career, nothing has changed.

A day after he missed one of the world’s biggest club matches — the classic between Barcelona and Real Madrid in the Spanish league — because he “wasn’t feeling well,” according to Merengue coach Carlo Ancelotti, Bale He joined the Welsh national team on Monday to face Austria for the European playoff to the World Cup.

Wales hope that Bale can play on Thursday. Sure, because nothing motivates Bale — at one point the most expensive player in history — more than representing his nation.

Especially when Wales’ first World Cup appearance in 64 years is at stake.

Bale met with his teammates after playing just 80 minutes with his club since the August 28 match against Real Betis.

Since then, Bale has played twice as many games with Wales (four) as with Real Madrid. He was a substitute on February 18 in the Champions League round of 16 match against Paris Saint-Germain.

He was not included in Madrid’s 23-player squad for Sunday’s 4-0 loss to Barcelona, ​​reportedly due to back pain.

“He wasn’t feeling well yesterday after training. He has tried this morning and he was not available”, Ancelotti said after the match. “He will now join his team, which will make the decision whether he can play or not,” he added.

Although Bale apparently has no motivation to play for Madrid in his ninth season, possibly his last, he is never lacking for Wales.

He reached 100 captain appearances for Wales after appearing in the qualifying match against Belarus in November, the same country against which he scored a hat-trick in September. He is their historic scorer with 36 goals and remains in force as the axis of the selected team.

He will be far from his best form against Austria, but that probably won’t stop coach Robert Page from starting him when they look for a win that will see the team advance to face either Ukraine or Scotland in June for a place in the Qatar tournament. in November and December.

The Czech Republic will miss their best striker for the playoff against Sweden after Patrik Schick was ruled out with injury on Monday.

The attacker was called up by the Czechs last week despite not playing since February 18 due to a calf injury.

Schick did not play for Bayer Leverkusen in the German league last weekend and the Czech national team confirmed on Monday that he will not be considered for the playoffs.

Goalkeeper Jiří Pavlenka was also ruled out due to injury. Milan Heča and Václav Jurečka were called up as substitutes.

The winner of Sweden-Czech Republic on Thursday will meet Poland on March 29 for a place at the World Cup in Qatar.

Schick has scored 17 goals in 33 international appearances, so his absence is a blow to national coach Jaroslav Šilhavý, who also suffers from the loss of the starters from the European Championship last year.

Sweden will be without Zlatan Ibrahimovic due to the Milan striker serving a suspension date.

Ibrahimovic would be in doubt to face Poland should Sweden advance, as Sweden coach Janne Andersson said on Monday he is in a “rehabilitation phase” after suffering an Achilles tendon injury.

Pepe absent due to covid-19

Veteran defender Pepe was ruled out of Portugal’s game against Turkey in the European play-off for the World Cup after testing positive for covid-19 on Monday.

The Portuguese soccer federation reported that Pepe is isolated and that Tiago Djaló, of the French club Lille, has been called up as his substitute for Thursday’s match in Porto.

It was not clear whether Pepe, 39, of FC Porto, will be able to play in the second match of the play-offs should Portugal eliminate Turkey.

Portugal coach Fernando Santos will also be without the injured Rúben Dias, the team’s other starting central defender.

In addition, midfielder Rúben Neves will not be able to play due to injury.

Gareth Bale: from injured with Real Madrid to play with Wales https://t.co/H2c59tpo1f

Lack of fuel: only Tierra del Fuego had normal supply