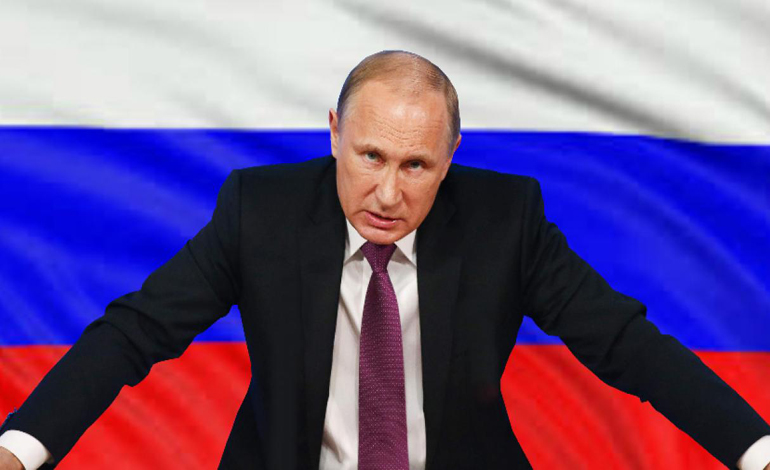 
The most painful and direct victim of this tyrant is, of course, the people of Ukraine. A brutal war in the XXI century, with a high cost of innocent lives and the progressive devastation of Ukraine. And all this, why?: for the desire for dominance and power. Putin has ignored the more than seventy years that separate us from the Second World War, and his threats, nothing veiled, of his nuclear capacity, are an unacceptable reality.

But Ukraine has resisted with a courage that moves the world, and that President Selensky heroically embodies. All this shows that Putin is not only a tyrant, but an amoral murderer who does not mind provoking genocide, as long as he imposes his evil will.

Another great victim of Putin is the precarious balance of power at the global level. It is said quickly, but its consequences are unpredictable. Eastern European countries, liberated at the end of the 20th century, are unwilling to fall under Putin’s control.

The West, not as a geographical reality but as a political and ideological one, was tolerant of Putin, but in the midst of the fierce invasion of Ukraine, it is reacting with varying intensity. Even Biden, insecure and hesitant by nature, is trying to come to grips with the tragic situation.

If Putin had his way, the world would become a jungle without shelter, and the already fragile international institutions would be shattered.

And another terrible victim of Putin is Russia. It already was because Putin equals despotism and depredation. But Russia is a great nation, whose historical suffering is almost unparalleled. Because of Putin, the Russian people are more and more isolated and more and more mocked.

Nobody, of good will, eats the story of Putin as the herald of Russian nationalism. And it seems that from St. Petersburg to Vladivostok, either. This monstrous war is not from Russia, it is from Putin. I hope that the generals and admirals of the Kremlin honor the truth.

Putin contra mundi… The world is not wrong. Ukraine is the first victim, but not the only one. Enough of Putin.

Philip Morris in arbitration with Uruguay

Five benefits of having a cup of coffee in the morning

How to understand the signs of anemia, why women are more at risk?

White deputy proposes that patients evaluate the quality of hospitalization

Qatar 2022: a fan invaded the field in Portugal-Uruguay with the LGTB flag