#PulsoEmpresarial What is the current situation of women in the cybersecurity industry? 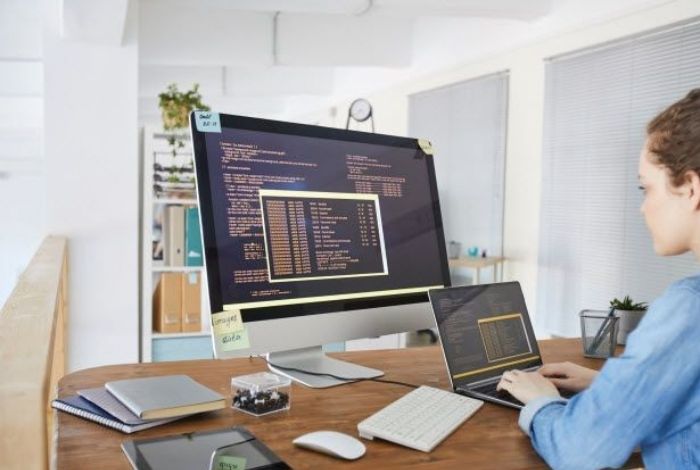 
ESETa leading company in proactive threat detection, together with Digiparentsan initiative promoted by ESET that seeks to accompany tutors and teachers in the care of children on the Internet, in the context of International Women’s Day (March 8) and the International Day of Women and Girls in Science (11 February) address the issue and highlight its importance.

To commemorate the date, ESET presents the latest episode of its podcast: Secure connection Martina López and Sol González, ESET researchers, share their perception of what it is like to work in the cybersecurity industry as a woman and invite others to develop in this field.

The prevailing gender gap is becoming more visible in science, technology, engineering and mathematics (known as STEM) disciplines, all over the world. The global scientific community has made much progress in recent years to inspire and engage girls and women in science, as well as to increase their participation in higher education in these fields, where they are still underrepresented.

Still, the gender gap continues to prevent many girls and women from achieving the gains they might otherwise have contributed. With the aim of promoting the participation of more girls and women in science to achieve gender parity in the scientific community, and encourage them to pursue a career in science, the United Nations General Assembly declared February 11 as the International Day of Women and Girls in Science. The day has been recognized worldwide since 2015.

An (ISC)² report on women in cybersecurity reveals that they are outnumbered by men three to one in the field, highlighting the need to support women in pursuing STEM careers. Thus, ESET has launched its own ESET Scholarship for Women in Cybersecurity. It was designed to enhance the representation of women in the field of cybersecurity and consists of a scholarship of 5,000 dollars that is awarded to university students from the United States and Canada who specialize in one of the fields of study of the disciplines of STEM.

“Although in recent years the number of women working in cybersecurity has increased globally, there is still a lack of greater participation to balance the scale and thus create a more inclusive and representative environment that inspires future generations of women to enter this field that promises job projection. According to the study prepared by (ISC)2, the representation of women in this sector is 25% globally. If we take into account that in 2013 it was 11%, the presence of women increased, but it is still barely a quarter.“, comments Martina López, Computer Security Researcher at ESET Latin America.

At its headquarters in Bratislava, Slovakia, ESET has also done its bit to encourage talented young women to pursue science. Joined the AjTy v IT initiative to motivate, educate and build a community of girls and women in the field of information technology. It works closely with the Faculty of Informatics and Information Technology at the Technical University of Slovakia in Bratislava to encourage young women to study computer science and later pursue a career in this field.

Furthermore, ESET has been supporting and celebrating science since its founding 30 years ago. Among its countless activities, ESET has awarded Slovak scientists for their outstanding achievements, which have global impact and safeguard the progress of humanity. The ESET Science Prize has been awarded since 2019 in three categories that recognize the work of both men and women.

To find out the opinion of women who currently work in the industry, ESET presents a new chapter of its podcast Conexión Segura with Martina López and Sol González, both security researchers from the ESET Latin America research laboratory, where, based on their experience, they tell how their path has been until today and how they perceive the current situation.

They both agree thatthere is a little more awareness of the importance of breaking with certain stereotypes and of working from a gender perspective. Over time, initiatives have emerged that seek to promote and highlight the work that women do in cybersecurity to inspire others to see in technology, and in particular in computer security, the possibility of building a career. Some examples of these initiatives in the region are conferences such as Latinity or the NotPink Conor initiatives like Media Chicas.“

For Martina, “today the lack of opportunities is perhaps not the most important problem for women in the industry, but rather the consequences of these stereotypes, which lead many women or minority sectors of society to believe that these opportunities are not they are for them. You never know; the field of cybersecurity could be the right path for you, your daughters or the young women around you.“

VIDEO ESET – 8M: The current situation of women in the cybersecurity industry

Digiparents, is an initiative promoted by ESET, aligned with safer kids online, which seeks to accompany parents and teachers in caring for children on the Internet in order to raise awareness about risks and threats in the digital world. This space provides materials for the learning process, dialogue and supervision in order to provide the necessary knowledge to help the little ones in the use of new technologies. To learn more, enter: https://digipadres.com/novedades/95-dia-internacional-de-la-mujer-y-la-nina-en-la-ciencia

10 million Ukrainians have fled their homes, according to UNHCR #20Mar

DJB: No one is surprised that “Chinese Bridge” is being built without a building permit

MP Board 12th Result: The wait of students will end soon, know where will be able to see the result

Pretended to be a PSG player and stayed at the hotel with the team for 3 days: the brilliant cheater is arrested

Railway Jobs 2022: Vacancies for many posts in Railways, selection will be done on the basis of interview

Lot-et-Garonne: a Ukrainian family takes refuge in a cottage in Saint-Sardos after a long trip