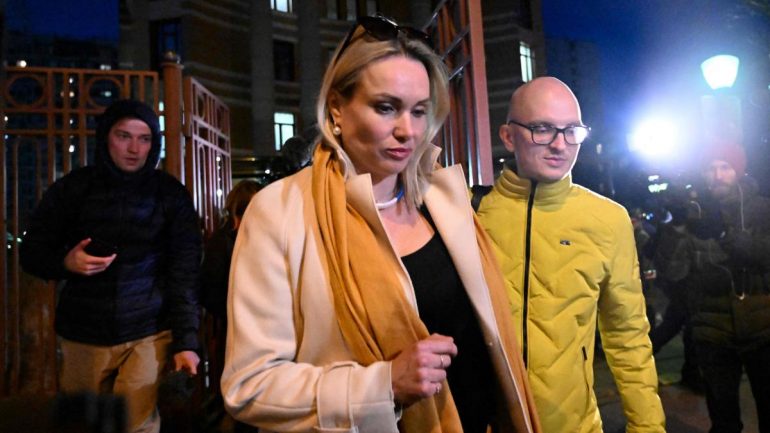 
Marina Ovsyannikova, a Russian journalist who came out against the war in Ukraine has been accused of being British spies.

Ovsyannikova, an editor at Russia’s Channel One, has been accused of illegal protesting after the incident when she held up a banner that read: “Stop the war. Do not trust propaganda. “They are lying to you.”

Kirill Kleimyonov, head of Channel One’s news division, appeared on the news program today claiming she was a British spy.

“Not long ago, according to our information, Marina Ovsyannikova spoke with the British embassy,” Kleimyonov said. “Which of you had a telephone conversation with a foreign embassy?

Being emotionally impulsive is one thing, but betrayal is quite another. And when a person betrays his cold homeland, double, in exchange for a bonus. Betrayal is always someone’s personal choice. “But you have to call it what it is.”

Ovsyannikova gave her first interview to US media over the weekend, explaining her decision to stay in Russia. She hoped that her protest would resonate with ordinary people

The increase in the price of oil, from the investigation of the Competition Authority results in violations

“He was waiting to take power”, Sejamini: Nine years of Basha, lost time for Albania!

In the occupied Genichesk, the Russians erect a monument to Lenin

A highly contagious sub-variant of Omicron is identified, suspicions that it is also circulating in Albania

Putin must end war, but Zelensky will determine what victory will be – US National Security Council