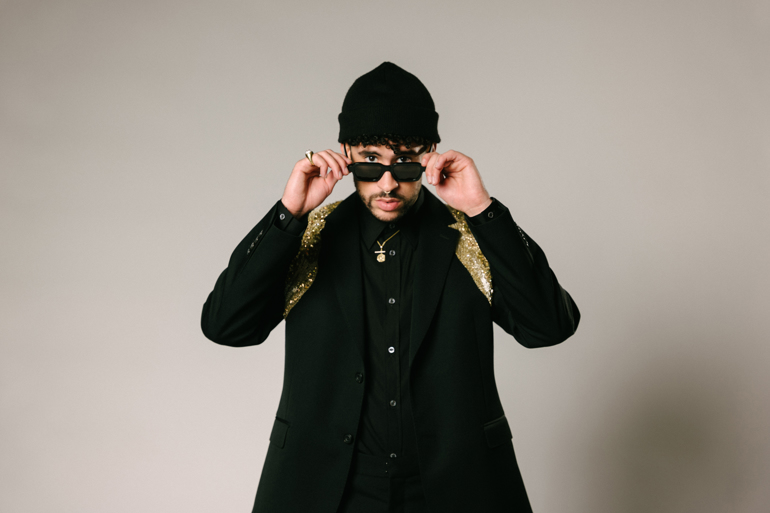 
A recent lawsuit against producer Noah Assad has revealed a link between the Puerto Rican singer Bad Bunny and other exponents of urban music, with an official from the government of former President Hugo Chávez.

Gretchen Marie Hernández ex-wife of Assad, sues the president of Rimas Entertainment, Noah Assad Presents, Rimas Classic, and other corporations, to establish the division of the 50% of the assets they kept in their ten years of marriage.

Local media report that the lawsuit details that the Venezuelan Rafael Jiménez Dan “lent and/or invested money to the co-defendant Assad to open a recording studio”. Also, in 2014, Dan invested 2 million dollars to create the production company Rimas Entertainment LLC., which makes him a creditor of 51% of the company, according to the Department of State of Puerto Rico.

However, the name of Rafael Jiménez Dan, although it seems to be one more within the musical world, has generated great controversy in Venezuela, since This is the former Vice Minister of Legal Security of the Ministry of Internal Affairs in Venezuela between 2006 and 2013.

Who is Rafael Jimenez Dan?

According to PoderopediaJimenez Dan en “Retired Army Captain, graduated from the Tomás Montilla Promotion. According to a VenEconomy publication in 2006, it is indicated that he is a Systems Engineer, however, in the registry of the College of Engineers his ID is not registered. He was part of the Judiciary in the Coordinating Unit of the comprehensive modernization project and a member since 2003 of the Executive Directorate of the Judiciary (DEM), body of the Supreme Court of Justice (TSJ) that exercises the administration of the Judicial Power”.

Dan was also in 2004 “part of the team that developed the TSJ page as IT and Telecommunications Manager”, and in 2005 he was dAppointed Deputy Director of the National School of the Judiciary (ENM).

He is also the owner of Rialfi Consulting, CA, “responsible for providing consulting services and project execution in the technological, strategic, organizational, managerial and operational fields”, which provided its services to the Banco del Tesoro and the Venezuelan Social Security Institute (IVSS).

Documents show that the representation of the artist is an asset “Conservatively valued at about $500 million”reveals the demand of Gretchen Marie Hernández.

Similarly, the studio has produced the albums of Jowell and Randy, Tommy Torres, Corina Smith, Karol G, Eladio Carrión, Arcángel, Mora, Mickey Wooz, and Amennanzy. The suit claims another $500 million for such representations.

Jiménez Dan, manager of the record label, He refused to involve his partner in the lawsuit, Noah Assad; and assured that the possible rights that Hernández may have are on Assad’s participation in the company.

What are the vaccination centers currently operating in the province?

Losses of Ukrainian troops are estimated at 2.5-3 thousand dead and about 10 thousand wounded – Zelensky

Here is who gets fat the most and why