Premier players will kneel at key moments of the season 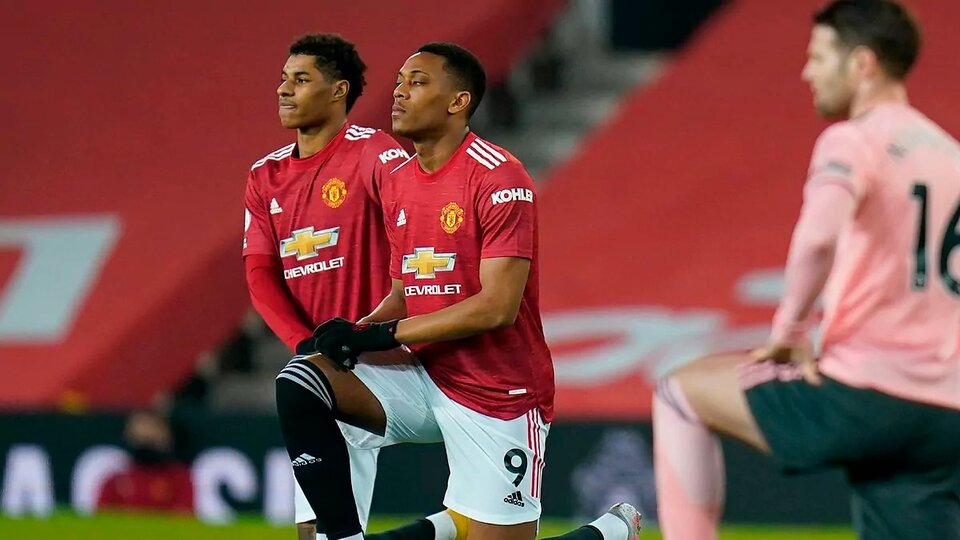 
Premier League players will only kneel against racism in certain games this season, and not before each match as before, according to what the captains reported in a joint statement on Wednesday.

In the note, the footballers “reaffirm their commitment to fight against racism and any form of discrimination”, and value the support of the Premier, which, together with the clubs, promises to continue promoting its “No Room for Racism” campaign (‘ There is no place for racism’).

The captains specified that from now on they will use “specific moments” to kneel and spread the message that “racism has no place in football or in society.” In this way, the players will kneel during the opening games of the season, those dedicated to “No Room for Racism” in October and March, the games of the day of “Boxing Day” (December 26), at the end of the Premier season and in the FA Cup and EFL Cup finals.

“We decided to choose significant moments to take a knee during the season in order to highlight our unity against all forms of racism, and in doing so we continue to show solidarity for a common cause,” said the leaders of the 20 teams participating in the English tournament. “We remain firmly committed to the eradication of racial prejudice and the creation of an inclusive society with respect and equal opportunities for all,” they completed in their statement.

The captains of the first teams will indicate that they will donate 238,000 pounds (285,000 euros) to a series of selected youth clubs, coming from the collection of 119,000 pounds (about 142,000 euros) in royalties from the sale of shirts with the badge on the sleeve of ” No Room For Racism” and a contribution of the same amount from the Premier League.

Querétaro was thrashed 3-1 in his visit to Atlas

Real Madrid vs Liverpool: time, TV and formations for the grand final of the Champions League

A decade after the death of Leonardo Favio, they will inaugurate a sculpture in his honor