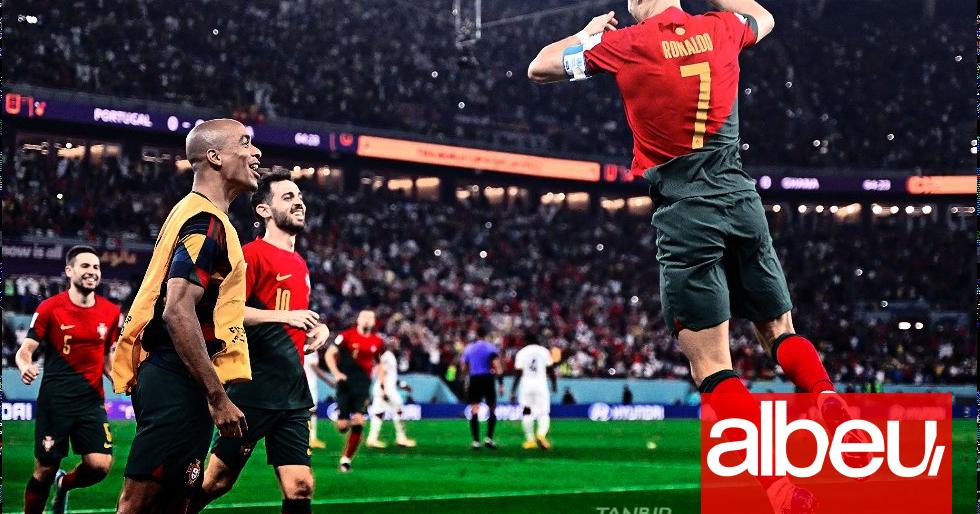 The match between Portugal and Ghana as part of the first group matches in the World Cup Qatar 2022 has ended.

The “Lusitanians” managed to win with a narrow score of 3-2, in one of the most beautiful matches so far in this World Cup.

Everything happened in the second 45 minutes, after the first part of the game ended in a goalless draw and without many dangerous chances.

Cristiano Ronaldo would make it “seven” in the 65th minute, being accurate from the penalty spot which he won himself, thus becoming the first player in history to score a goal in 5 world championships.

Dos Santos’ men’s celebration would not last long, as captain Ayew would equalize in the 73rd minute.

Portugal’s substitutions would start to pay off as the attacks on the Ghanaian goal began to increase and the equalizer would come just 5 minutes later through Joao Felix.

The 3rd goal would somewhat put the Portuguese who wake up quickly to sleep as in the 89th minute, Bukari would narrow the score.

Portugal would mobilize and show caution in the remaining minutes to maintain the advantage and take the 3 golden points that send them to the top of Group H, where they are followed by Uruguay and South Korea with a point each.

Should you eat snow? The expert reveals the dilemma: Be careful, how you should act

“I am a fan”: Nicolás González spoke about River and told which footballer he would like to play for the club

After 30 years, the passenger train returned to San Luis