Pokémon Legends: Arceus – the new videogame in the Nintendo saga lays interesting foundations for the future, but the flaws are not lacking 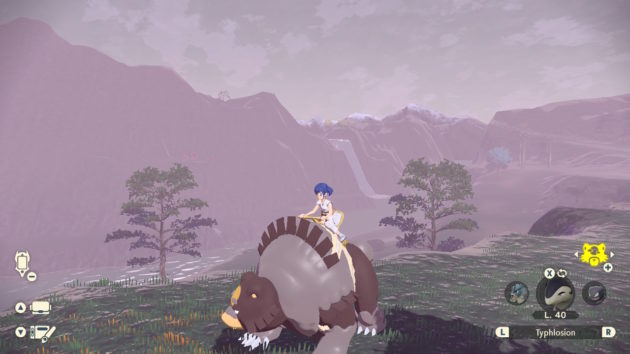 
For several years now Pokémon have been asked for a certain leap in quality: after two and a half decades of witnessing, for better or worse, the same game with its ups and downs, the stale smell was really starting to be felt overwhelmingly. . With Pokémon Legends: ArceusNintendo tries to completely change the cards on the table, finally giving a decisive turn to the main trend of the series. Fans all over the world got excited seeing the first videos, these open world esplanades with wild Pokémon in the wild and the chance to catch them by physically throwing Pokéballs at them, finally. The reality of the facts, unfortunately, was different: a little for the realization, a little because perhaps the expectations were exaggerated, Pokémon Legends: Arceus it lays a firm foundation, but the flaws are so manyperhaps too many.

Fallen from the present a Hisuithe continent it would later become Sinnoh, through a space-time fracture apparently summoned by Arceus, we will have to embark on a journey to discover the origin of the friendship between humans and Pokémon. We will in fact be the protagonists of a world in which Pokémon still live almost all in the wild, seen as dangerous beasts by most humans and confined to the lands outside the village, lands branded as potentially lethal precisely because of the presence of our monster friends. .

An incipit that could have developed into a really mature and profound plot and that at times even seems to succeed, but the more you continue in the adventure the more you notice how instead of telling us a harmonic and continuous plot, Pokémon Legends: Arceus makes us bump into often unrelated episodes, narrated by supporting characters with dubious personalities who, in an attempt to have a minimum of thickness, throw themselves into jokes from the comedy that smells of cinepanettone. In a normal chapter of the saga this last factor would have gone unnoticed, but jokes like those of Riza, who continues to finish the sentences with “Riza-te” clash too much with the surrounding mood.

Technical realization
Let’s start with the proverbial elephant in the room: the technical realization of Pokémon Legends: Arceus. The operational center from which all our expeditions will depart will be the Giubilo village, a typical village with a medieval flavor that, despite the modern air of its main building (our headquarters), does its duty by fitting well into the setting. More could have been done to differentiate between less important shops and homes, but that’s not such an annoying effect.

The problems begin once we leave the village, when we find ourselves in front of an esplanade, the first area, which we had already glimpsed in the first videos released, but which in the full game we would have expected more detailed, full and populated, but instead we find it as in alpha: a plain interspersed with sprays of grass not so detailed to hide from wild Pokémon, ponds without any kind of physicality and some trees with texture continuously recycled. The small and large monsters move in these plains with a fluidity that sometimes, especially when the distance increases, is really difficult to tolerate in 2022 by a title that should be a “triple A”.

As for the moves we can say that there was a small leap, nothing transcendental, but they are pleasant to see, even if the technical park, compared to the previous chapters, has been significantly reduced. After Zelda: Breath of the wild and the latest chapter of Xenoblade we also genuinely struggle to talk about the limitations of the console.

Gameplay
It is not easy to summarize in a few lines everything that there would be to say about the gameplay of Pokémon Legends: Arceus. Fans have been given everything they’ve ever wanted: explore an open world with their team and catch wild Pokémon by sneaking in without the annoying interference or slowdowns of forced battle. Wandering around the plains, net of the graphic perplexities already exposed above, to ambush the Pokémon to be captured is really fun, but the problems come precisely on the level of technical realization. 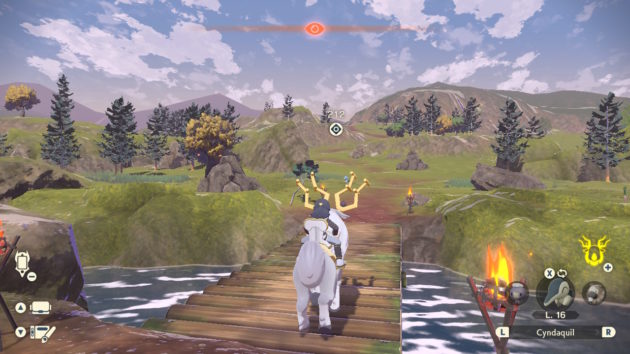 The AI ​​of wild Pokémon is really too high-pitched and alternates between moments in which we are not spotted from a few meters, to others in which we will alarm our target from far away. Let’s say that this does not however affect the gaming experience, which from this point of view seems quite apt, even if it still needs to be improved. When you enter a fight of any kind, however, the limits are felt on the side of balance, suffering too much from rather unhappy choices.

The combat system has in fact been revisited for the occasionswitching to a fixed shift with on-screen anticipation a bit like it happened in Final Fantasy X or in Blue Dragon. Once a Pokémon has mastered a move perfectly, you can choose whether to cast it fast or powerful, which will have effects on the turn that you can well imagine allowing us, if we play our cards well, to even have the ability to act twice in a row.

Unfortunately, the system, which on paper has its own well-tested logic, clashes with the old references of the series: there will be occasions when we will be in front of 2 or more wild Pokémon at the same time and we will not be able to send more than a single companion into combat at a time. . This condition, coupled with a strange damage management and the fact that if the wild Pokémon have already queued some moves they will not cancel them in case of our partner’s defeat, potentially causes a loop in which our replacement will immediately suffer all the moves. queued up by the opponents and so on until the escape or annihilation of our team.

In short, Game Freak has deliberately proposed to make the fights more challenging, goal centered, but only in part due to situations that, more than difficult, seemed to us simply unfair. Certainly not having a competitive future, the attempt to simplify breeding thanks to the commitment system was instead appreciable: using a specific item (precisely the commitment sand) we can increase a certain statistic a bit like the EVs of breeding. of the previous chapters.

Everything to be redone?
Pokémon Legends: Arceus is by no means a title to be completely redone, beyond all the defects listed here. This new chapter has been more divisive than ever for both gamers and the press. Among the all-out defenders of the brand who have good or bad have appreciated all the news, turning more than one eye on the technical slips, and those who after twenty-five years, watching the first videos, expected that decisive overbearing leap forward that at the there was only up to a certain point. The truth can only be found in the middle: Pokémon Legends: Arceus tries to innovate with a new combat system, new exploratory mechanisms and a slightly more adult outline, but has left some really sharp corners that it will absolutely have to smooth. 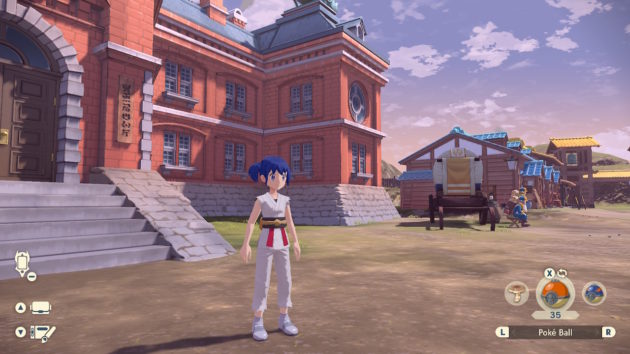 It is really a pity that this chapter is not the perfect Pokémon game, because at the level of managing certain features it shows that it has gone in the right direction. The character has a more than adequate movement speed, even if we would have preferred a visible stamina bar, the quick trips to the already visited camps will be available immediately and will even be present inside the Giubilo village, allowing the player to spot himself in the various mini areas of interest. The realization of the Pokédex is also excellent and, more generally, of the HUD: once you have become familiar with the commands, a single button will suffice to find us in the menu we need at that moment, not to mention the fact that, aiming at the Pokémon to be captured, with by simply pressing the directional “down” we will enter directly into the page of the relative monster in order to immediately check what we are missing to 100% complete its page.

The sense of freedom, exploration and discovery of the Pokémon that inhabit the various areas, unlockable as we rise in rank, is good, but beyond a nice natural world building and also well verticalized, that something extra that actually pushes the aforementioned exploration is missing. In short, it is difficult to find a reason, other than the completion of the Pokédex page of a particular Pokémon, to return a second time in most of the places of the title that almost immediately end up having something to offer.

As in other games, not just Pokémon, we find ourselves saying once again that the title it lays a good foundation for later chaptersbut it is also true that now, on these bases, it would be time to build something more complete and satisfying also because they had already been shown with the wild lands of Pokémon Sword and Pokémon Shield.

"Draghi cancel the VAT for the third sector and declare 2022 the year of volunteering". The appeal to the premier (so far unanswered)

Belarus reduces the number of Ukrainian diplomats in the country

New employees in the tax service. The deadline to apply for the course is November 21 (video)

MARIJA KULIĆ PUBLISHED THE FIRST ANNOUNCEMENT: The people of Milan are currently only being helped by the most expert team of doctors, saints and God