Petro recognized the presence of the ELN in Venezuela 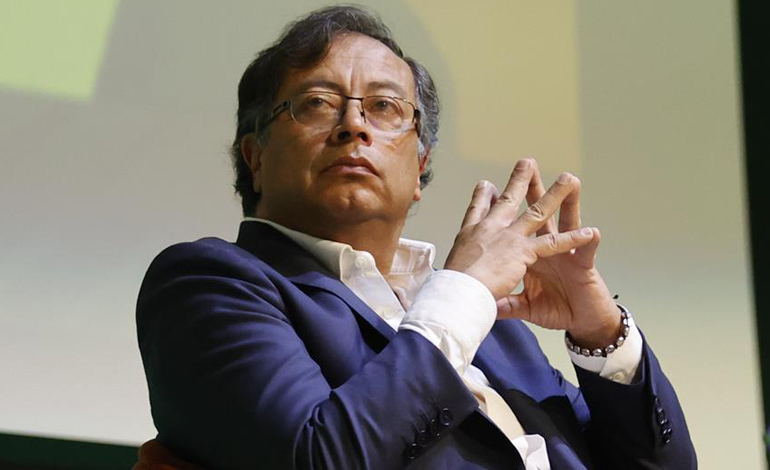 
Gustavo Petro reported the possibility of a change of venue in the negotiations between the Colombian Government and the National Liberation Army (ELN), and assured that Venezuela has an important role in this new stage of dialogue because there is a presence of members of the guerrilla in the country.

During an interview with Noticias Caracol and Blu Radio, the Colombian president stated that he had already coordinated with the guerrilla delegation that remains in Havana, and the negotiation will start from the point where the Government of Juan Manuel Santos left it, after which there was what he called an “abrupt interruption” under the presidency of Iván Duque.

«Just as Santos left it, we started it (…) from there we started, just as it is, with the same process, without changing it (…). They may change negotiators, there is also a change within the ELN and the site of the negotiations may change by mutual agreement.. It is by common agreement,” he said and insisted.

He added that the place where it could now be carried out the meeting will depend on “their opinion (the ELN) about the place, and our opinion.”

Regarding the request that Nicolás Maduro be the guarantor of the peace negotiations with the ELN, Petro emphasized that it is important «because there they are», and in his opinion «Venezuela was key in the Government (of) Santos for the disarmament of the FARC and I believe that it can be key to the possibility of success in the process with the ELN».

The last talks with the ELN began in February 2017 in Quito, from where they were transferred to Havana the following year, but they were stalled at the beginning of the Duque government and definitively frozen. after the attack by that guerrilla against the police cadet school in Bogotá that in January 2019 left 23 dead and nearly a hundred injured.

*With information from Efe

Life ‘no longer’ in Medicip; Lakhs of protection for government employees

Suren Parsyan. The project should be suspended a day earlier. CB increases the riskiness of cumulative funds

“He brought the shit-eater”, “How it burns in Russia.” The performer of the song Yarmak sounded in the Crimea reacted to the hysteria of the propagandist Solovyov