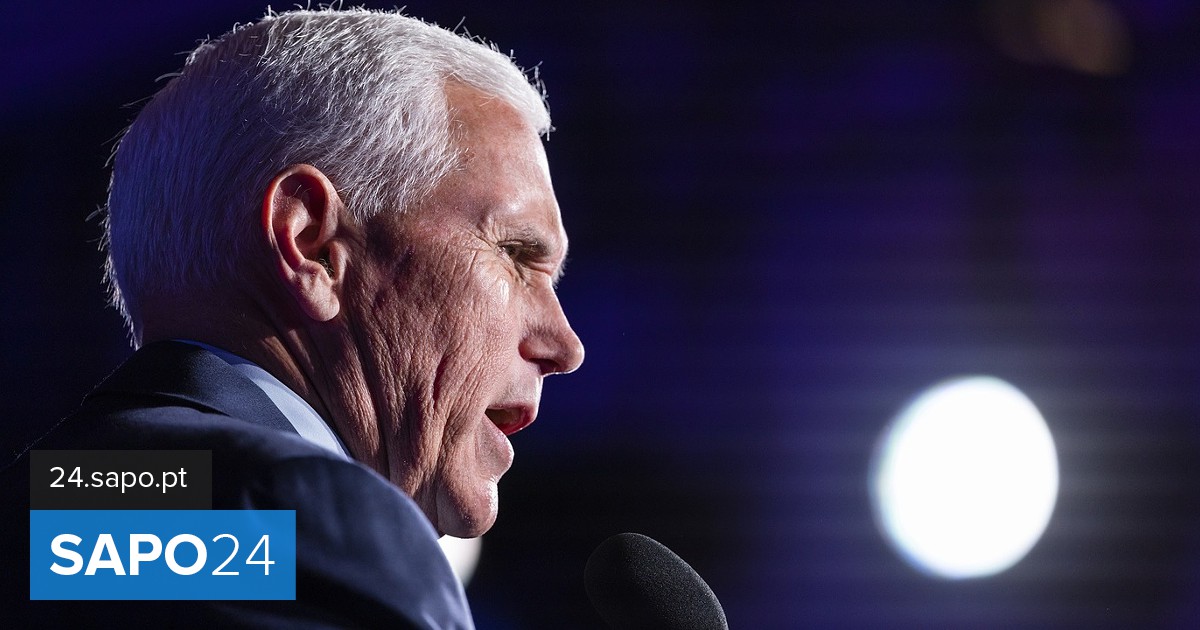 
“I share the great concern of millions of (American) Americans after the unprecedented search of President Trump’s private residence,” Pence wrote on Twitter.

On Monday night, Trump said in a statement that his luxurious Florida mansion had been “investigated and occupied by numerous agents” of the FBI. Contacted by AFP, federal police declined to comment.

Conservatives were unanimous in criticizing a “political persecution”. Pence, whose reaction was one of the most delayed, considered that the “acts of yesterday [segunda-feira] undermine public confidence in the justice system. Pence and Trump distanced themselves after the latter refused to object to certifying Joe Biden’s victory in the 2020 presidential election, despite Trump’s pleas. The duo could compete for the Republican nomination for the 2024 presidential bid.

Meanwhile, billionaire Trump asked his supporters to give him money, through his website, to face “the witch hunt” that he says is being organized against him, after the FBI searches of his Palm Beach mansion, in Mar-a-Lago, looking for official documentation. In the letter sent to subscribers of his digital platform, Trump asks them to “hurry up” to make a donation “immediately”, to support him “against this endless witch hunt”.

And today, the day after the Mar-a-Lago searches, a court authorized a House committee to access Trump’s tax returns. This decision comes a year after the US Supreme Court ordered Trump to hand over his tax returns to a prosecutor investigating his finances in New York.

The Court of Appeal for the District of Columbia, where the city of Washington is located, rejected allegations by Trump’s lawyers, who held that when a congressional committee requests this information it must have “a legitimate legislative purpose.”

Trump was the first US president since Gerald Ford (1974-1977) not to release his tax return annually, a tradition his predecessors considered part of their duty of transparency and accountability to the public.

Fans bring monkey line to Albania? Expert speaks: The risk is much higher for…

3 things that cause us stress without realizing it