Penalties decide the match in Korça: Meta irritates Skënderbeu, but closes 1-1 with Kukës 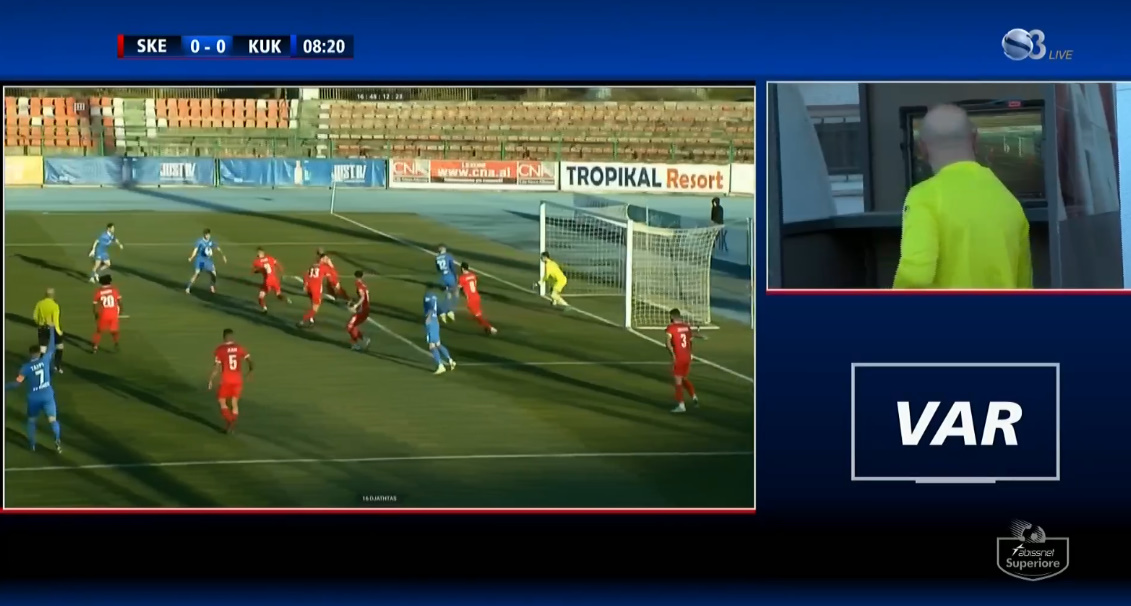 
The second draw in a row for Skënder Gega on the bench of Skënderbeu, but the ranking becomes more problematic after 1-1 against Kukës, for the 26th week of Superiore. The victories of Egnatia and Kastriot have made the difference with the rescue zone deeper. Skënderbeu and Kukësi shared the points in the match played in Korça, stopping both teams to pursue their goal, although different.

Probably for this reason that the match was tense and was decided by two penalties, one in each part of the game, with the teams making mistakes on many other occasions until the end of the match, without managing to change the fate of this challenge. The quick advantage of Longo’s team came thanks to the intervention of VAR who called the referee Meta, when after a cross by Basha from the right, Sadriu touched the ball with his hand. The referee initially continued the game, but after being searched on the monitor he made a signal from the white penalty spot, showing Sadri the yellow card. Korça was even more nervous when on two occasions in the 32nd and 36th minute Meta ignored their protests for a penalty, first for Gligorov’s intervention and then for Milunovic’s touch.

And yet, in the second half, Meta had no doubts in the 59th minute when Pellumbi, in the first match against his former team, blocked Pusi inside the area. Zguro equalized the score by fixing a 1-1 that does not help anyone. Thus, Kukësi remains in the European zone and is one point closer to Laçi in second place, while Skënderbeu continues to be at the bottom of the table, deteriorating its position.

Ukraine, we will not capitulate to Mariupol

Inflation to a 30-year high

“Come on, he killed me” / The boy threatens his father that he will kill him with a machete

The pointer below is upwards: Those who want to buy quarter, gram, reşat gold!

Arman Vahanyan. “We will form the main teams of the Armenian swimming teams, which will take part in the international starts”

The pharmaceutical industry had sales of 500 billion in 2021: What was the most requested?