Peñafort from San Juan and the trial of CFK: “I have no doubt that the sentence is written” 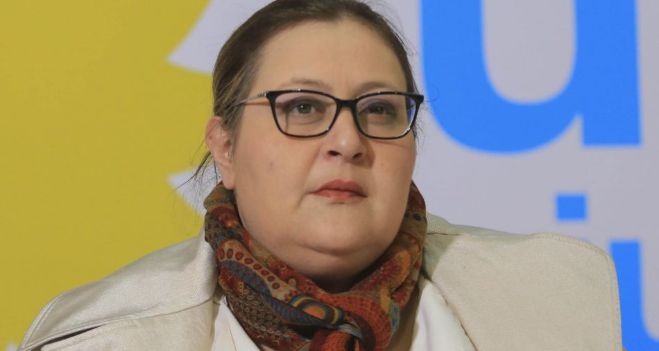 
The lawyer from San Juan and director of Legal Affairs of the Senate, Graciana Peñafort, said today that she has no doubt that “the sentence is already written” against Vice President Cristina Kirchner in the case known as Vialidad, and assured that, among other irregularities, in That process “pressed a witness to sign a document in which he said that certain works had been overpriced.”

“I have no doubt that the sentence is already written, they haven’t taken it out yet because it would be breaking the times of the process,” Peñafort said in dialogue with El Destape Radio.

Vice President Cristina Fernández de Kirchner’s lawyer, Carlos Beraldi, began his final argument this morning before the Federal Oral Court 2 in the Vialidad case and remarked that he will demonstrate “with all the legal instruments that exist that the charges were false.”

Peñafort said that he follows the hearings of this trial in detail and considered that “what Beraldi is showing is that from the moment things were investigated, things were not fulfilled” while the sentence “is written from the beginning of the process.”

In this sense, he praised Beraldi for recalling a testimony heard at one of the hearings that claimed that “they pressured a witness to sign a document in which he said that certain works had been overpriced” while “the audit report of (the former director of National Roads during the macrista government, Javier) Iguacel said that there had been no overpricing.

“That is not the way to obtain proof,” complained the lawyer, later pointing out that prosecutors Diego Luciani and Sergio Mola “what they have not proven is guilt, which is the only thing they had to prove.”

For Peñafort “it is a shame that we are seeing this process and that the Judiciary is allowing it,” although he specified that “it is not the entire Judiciary, but it is a sector that is doing something that the laws and the Constitution prohibit.”

“It scares me that this is happening in Argentina, because it means that processes can be carried out in violation of all laws and guarantees,” he said.

In another section of the interview, he referred to the assassination attempt against Vice President Cristina Fernández de Kirchner and raised suspicions about the origin of the financing of the group that attempted against the life of the former president and in relation to who offered the sponsorship of private lawyers, some of them the accused.

“I have no doubt that the lawyers have been put by those who are very afraid that their name will appear in this, that perhaps they are the ones who financed it.”

He thus referred to the journalistic information published during the weekend, according to which the lawyer Gastón Marano – who represents Gabriel Nicolás Carrizo, the fourth arrested in the case – would have been an advisor until a few days ago to the national senator for Chubut de Juntos for Change, Ignacio Torres, at the Intelligence Bicameral.

All in all, Peñafort maintained: “I doubt that they have given the order ‘Che kill Cristina’, but you are financing people who have absolutely hateful speech and who have no limits” and assured that those now involved “went out to show themselves (in television interviews) because they had reasonable concern for their personal safety.

Finally, she was asked about what she imagined would happen in the country if the macrismo won again. “I imagine an enormous amount of violence in the streets of people protesting,” with a leadership “without any possibility of understanding the other, I see a lot of violence,” she concluded.

He also argued that “there is a sector of society that is angry and is tolerating appalling things in the name of a hatred that has been injected into it” and added that “they are already capable of anything from that hatred.”

Mining funds for a retirement center

Rating: this is how Mirtha Legrand did in her competition with Andy Kusnetzoff

Professional League: results, table of positions and averages at the end of date 12

MAJA MARINKOVIĆ WITHOUT A HAIR ON THE TONGUE Revealed who she considers a fool in Cooperative 6, then admitted who is the biggest among them