Pekerman, between his past with Colombia and his present with Venezuela 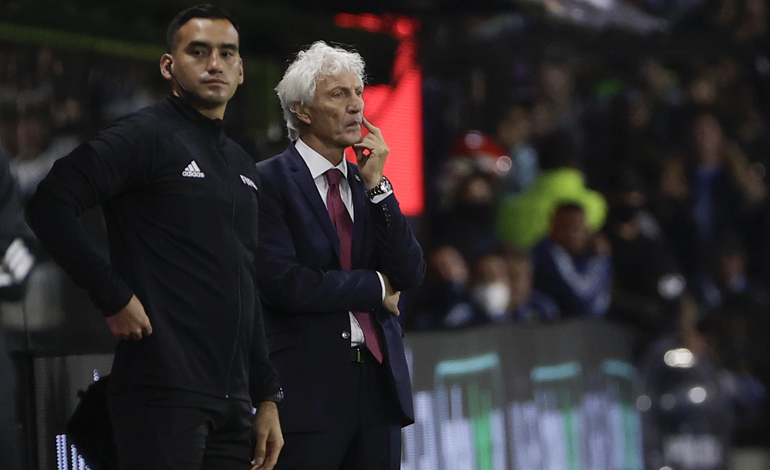 
The Venezuela coach Jose PekermanI affirm that the red wine will play a game “very difficult” in the closing of the World Cup qualifiers, this Tuesday against Colombiaa country that the Argentine coach directed in 2012 and 2018, and that he needs to win to keep the possibility of going to Qatar.

Peterman said that, although he feels a «strong affection for Colombia“, should think about sports» and in the «commitment with the whole team, with the players, to face a match that is going to be very difficult, without a doubt».

“Colombia has some wonderful players, a very high level, I was able to verify it, so the match is going to be very strong and very complicated, but we are going to have our game plan, our intentions to improve”he expressed.

In his opinion, “The two teams are going to try to win, they are going to make a proposal to be able to compete and take the result”he said during the telematic press conference ahead of the match of the eighteenth date of the South American qualifiers.

With “the minimum of changes”the tricolor of Colombia will appear against Venezuela to play this Tuesday their last match of the qualifiers for Qatar 2022, in which they are obliged to win to have options to obtain a place to play the playoff with a rival from Asia.

However, the same objective is pursued by Peru and Chile.

The venue for the match will be the Cachamay stadium in Bolívar state, in southern Venezuela.

Pekerman said he feels the squad with hope “in the future” and what have they been doing “The first necessary analyzes to be able to grow with a different look”.

The Argentine coach thanked the fans of the red wine support, since, he maintained, it is «It is very important that the team feel that vibration that people give, wanting their shirt and their national team».

«It is a stimulus, despite the bad times that have happened, the illusion is renewed. We have that encouragement to play a good game and we hope to give him satisfaction in the future»he added.

Last February, Peterman ensured that the goal of the red wine It’s the 2026 World Cup, so the team is working on turning that illusion into “continuity, growth and patience”which is reflected in the results of the sixteenth date of the South American qualifiers for Qatar 2022.

«Venezuela needed to start a project that aims at the next World Cup and its previous classification. We have to transform that illusion into continuity, growth and patience, in order to achieve the best returns»he pointed out.

Health: they will reduce the capitations to mutualists by 2%

More than 5,000 people evacuated from Mariupol were placed in Zaporozhye – Metinvest