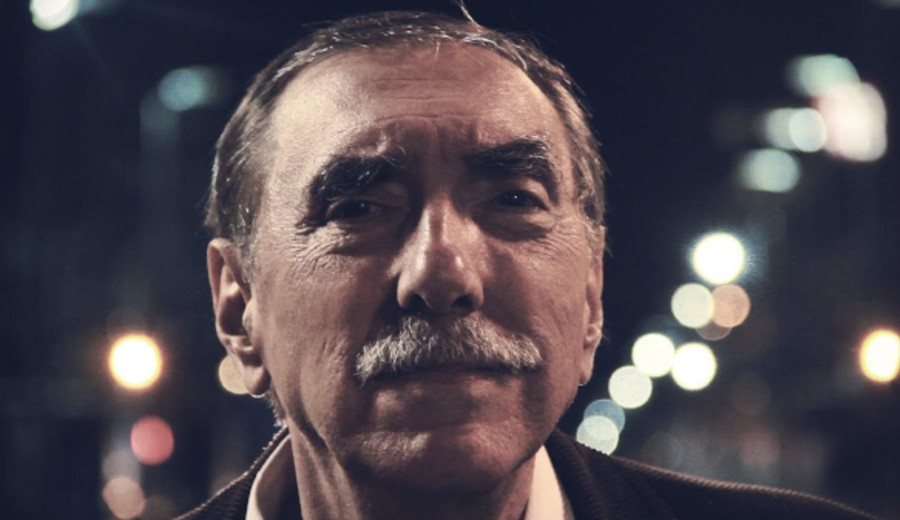 
SAN PABLO (Uypress) – The poet Alfredo Fressia died on Monday night in San Pablo. The news was known this Tuesday, when the poet and writer Horacio Cavallo made it public on Facebook, and since then the expressions of pain and the publications of his verses on social networks have not stopped, according to La Diaria.

The Ministry of Education and Culture (MEC) dismissed him with a short text in which he stressed that “his poetry brought a dose of freshness and honesty to the local scene.”

Alfredo Fressia was born in Montevideo on August 2, 1948, but since 1976 he lived in Brazil, in the city of São Paulo. In Uruguay he was a professor of literature and French, until the dictatorship dismissed him and forced him into exile that would end up being a decisive feature in his poetics, not so much from the thematic point of view as from the reflexive one. The question of language as territory, of poetry as a duality crossed by inspiration and effort, of destiny as mystery and acceptance were part of a work that used to turn on the poet, name him, question him as a neighbor or a double . His first published book was A Blue Skeleton and Another Agony (1973) and it earned him a National Prize for Literature awarded by the MEC. It was followed by more than 20 titles published in Uruguay, Brazil, Mexico, Argentina, Peru, France and Portugal. In 2019 he published in Buenos Aires, through the Lisboa publishing house, the autobiographical essay On slippery rock, which the following year would come out in Montevideo by the Yaugurú publishing house. “In general, I like my books to come out first in Montevideo, but it’s not always possible. In this case, the Argentine edition was ready in October of last year. [por 2019], and I went to Buenos Aires to present it. In March he was in Montevideo and due to the pandemic he was only able to leave now,” he told Mariana Figueroa Dacasto in the interview that the newspaper published, in July 2020, regarding the Montevideo edition. Of the Argentine presentation, the poet Paula Simonetti recalls: “The last time I saw him was at the presentation of Roca slippery in Buenos Aires. In 2019, which was a very terrible year for me. We laughed so much, a lot, and at horrible things. I read that book in one go sitting on a bench in a plaza in Buenos Aires; for me it was like a kind of consolation and enormous relief. Alfredo said things like ‘I was always a foreigner’, in the harshest literalness: he said that poems are not written in a geographical city, but mental, that he could say that all his poems were written in Montevideo, that he would like to die in Montevideo , he said, and at the same time he remembered ‘I will not die in Montevideo’, a poem from the eighties. He said that this book was written with a certain urgency, after having come face to face with death, the real one, not the literary one. He was talking about Marsella street, in the Reducto neighborhood. We had a kind of promise with him: to take a picture together on Marsella Street. Poetry is not lost, so this pain is something else. Alfredo is an endearing, lucid and radiant man, and above all of a unique kindness and generosity, and that is why the helplessness is so great now.

His endearing and lucid presence is what everyone who knew him mentions. No one disputes that he was one of the great Uruguayan poetic voices, but there is also a joyful coincidence in the appreciation of his generous nature, his interest in youth and in matters of poetry. The poet Melba Guariglia remembers him this way: “I didn’t read all of his work, but I really liked Eclipse, a book that was of great influence on young poets and that for me showed his poetic definition in an anthology of 30 years. I have the book of Illiterate Civilians, 2003, but I think it was later reissued outside the country.1 As a friend he was exceptional, kind and generous, he belonged to millions of friends and also of female friends.Lovable, an ironic humor and a poet’s voice that seduced the most masculine. I admire him as a poet and I love him very much, because he is in my library with all his voices.”

Fressia was also a critic and published texts and chronicles in cultural supplements in Uruguay, Brazil and Mexico; he was a translator and teacher and participated in collective volumes of essays as well as poetry anthologies. Hugo Achugar, also a poet, as well as a critic, essayist and teacher, recalled that a few days ago the editor and poet Gustavo Wojciechowski, Maca, asked himself on Facebook who the great Uruguayan poets were, and Fressia’s name repeatedly appeared among the suggestions. “There is a widespread consensus among poets that he is one of the greats. Much loved by all, endearing, with dialogue with young people. He combined being one of the great poets with a huge heart, with dedication to young people. That shows who he was and how he is distinguished. This feeling of pain and horror that we have felt has to do not only with the loss of a great poet, but with that of a beautiful person”.

Death came to him on Monday night, after several years of keeping a disease at bay that was complicated these days. His friend Lucas Perito, a Brazilian poet who accompanied him in his last hours, bid him farewell by sharing the last poem from his latest book, Última Thule, forthcoming in Yaugurú: Thus / Measure the walls of this room / Absorb the silence of the door / Turn the lock forever.

The magazine Extramuros published, in June 2019, a note from Aldo Mazzucchelli about the Montevidean appearance, at that time, of “On slippery rock. Memories and reflections of a poet”, (Yaugurú, Montevideo, 2020).

Marian Rojas-Estapé: the dangers of screens dominating us

“Putin should no longer be in power” / Russia reacts to Biden’s comments: The president is elected by the Russians. He does not understand that the world…!

Kostic and Eintracht won the Europa League after a penalty

VIDEO / Conference League final, from the activities in “Skënderbej” square to the trophy exhibition and gala dinner, here are the details

Pampita gave her opinion about what is happening in ‘El Hotel de los Famosos’: “It was part of the game”