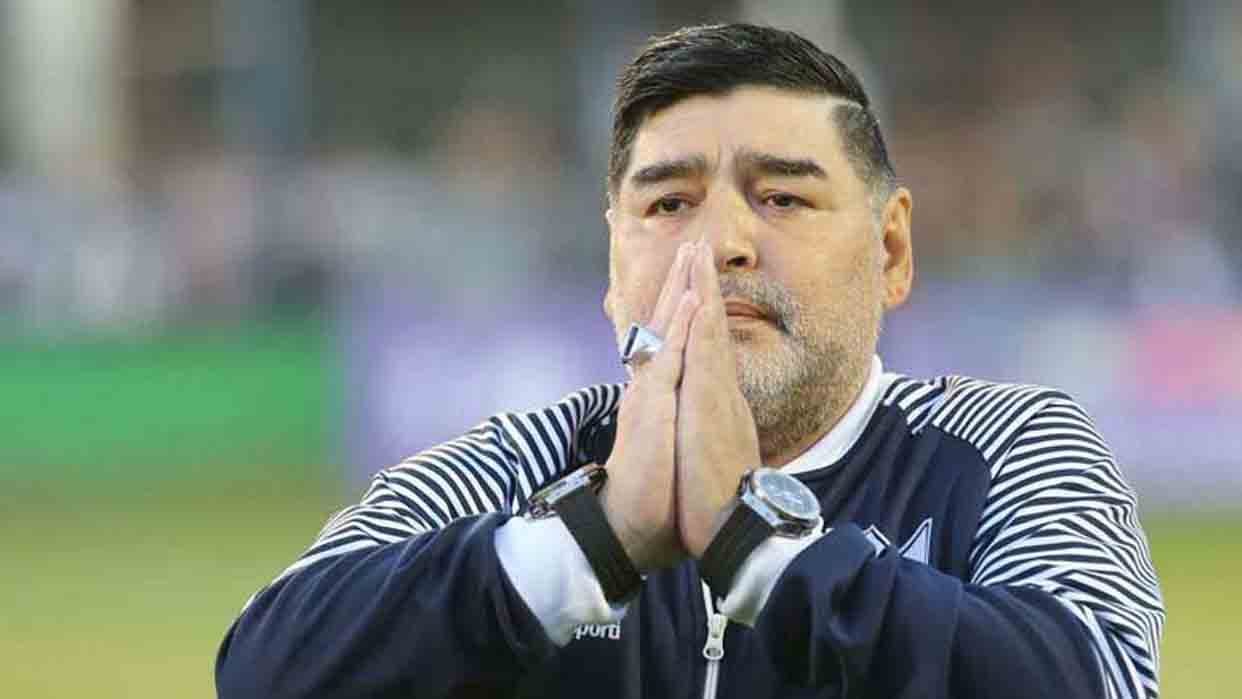 Caracas. – The Argentine justice takes to oral trial the file of the eight health professionals accused of criminal negligence and malpractice in the death of sports idol Diego Maradona, according to the court ruling released this Wednesday.
In his resolution, Judge Orlando Díaz questioned “the conduct that each of the defendants (defendants) would have displayed, not complying with the mandate to act that good medical practice placed in their heads,” according to the text that he disseminated when ordering a lottery of the judges who will compose the tribunal.
Maradona, considered one of the best soccer players in history and emblem of the Albiceleste team, died at the age of 60 on November 25, 2020 on his sickbed, convalescing from surgery for a head bruise suffered in a home accident .
The oral trial still has no date after the investigation by prosecutors, who accuse medical and nursing staff of “simple homicide with eventual intent”, a crime that in Argentina contemplates prison sentences of eight to 25 years.
The court decision was made known on the Day of the Argentine Soccer Player, an event dedicated to evoking the afternoon in which Maradona scored the two goals against England (2-1) in the quarterfinals of the World Cup in Mexico-1986, one with ‘the hand of God ‘ and another considered the best in the history of the world cups.
“There is an accumulation of criminally relevant conduct that led Maradona to his sad death,” the prosecutors had affirmed in the opinion that gave the basis for the judge’s ruling.
The neurosurgeon Leopoldo Luciano Luque, the psychiatrist Agustina Cosachov, the psychologist Carlos Ángel Díaz, the coordinating doctor Nancy Forlini, the nursing coordinator Mariano Perroni, the clinical doctor Pedro Pablo Di Spagna and the nurses Ricardo Omar Almiron and Dahiana Gisela Madrid.
The magistrate mentions that in them there was “an absence of interposition of any saving action that could avoid death”, to accuse them of “simple homicide with eventual intent”.
In the case of Luque, the judge adds the crime of “use of a false private document” for removing Maradona’s medical history from the hospital with an authorization supposedly signed by the ’10’. To Cosachov, he added that of ideological falsehood.
The death occurred when the former captain of the selected champion in Mexico-1986 was under house arrest, in a residence in a private neighborhood of Tigre, 40 km north of Buenos Aires.
According to the autopsy, the idol of Argentina’s Boca Juniors and Italy’s Napoli died of “acute pulmonary edema secondary to exacerbated chronic heart failure.”
Toxicological studies yielded negative results for the presence of alcohol or drugs, although psychoactive drugs were detected.
– Helpless –
Prosecutors had determined that Maradona was “in a situation of helplessness” and “left to his own devices” without due attention to the seriousness of the situation. At the time of his death, he was the DT of Gimnasia La Plata, of the first division.
Maradona’s funerals led to massive street demonstrations by fans in the midst of the covid pandemic and a wave of moving tributes in stadiums and venues in the international soccer world.
Admired for his talent and personality, he is still alive in the collective memory for his sporting exploits, although his turbulent private life still arouses controversy.
New tributes to the idol are expected at the Qatar-2022 World Cup in which his beloved team will compete in the first round with Saudi Arabia, Poland and Mexico.

Mobilization in Ukraine: another category of persons may be allowed to travel abroad

Copa Libertadores 2022: this is how Corinthians arrives at the match against Boca

Reconstruction of the Adidogomé-Ségbé road: Too many accidents on the axes planned for the deviations

“He doesn’t care”: Adrián Pallares spoke about what is happening with Martín Salwe

Autism in first person: surfing the wave of obstacles in the midst of love