Omicron, in Israel first two cases of variant recombined with the sub-variant Ba2 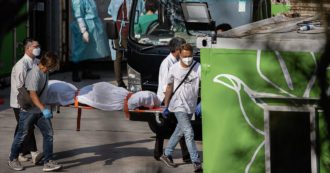 In Israel was first detected in two people who tested positive a SARS-CoV-2, a recombination of the original Omicron variant, the one first detected in South Africa and Botswana last November, and the so-called “stealth” variant BA.2. The news was released by the Ministry of Health. From the original variant B.1.1.529 Omicron has developed three “versions”: BA.1, BA.2 and BA.3.

“This strain has not yet been detected in the world,” says the ministry, noting that the cases have been identified “in the last few days” during tests on international travelers arriving at Tel Aviv’s Ben Gurion airport. The ministry says the two people tested positive have mild symptoms and did not require special medical care, Omicron has demonstrated the ability to reinfect those who have already been sick with Covid and is much more transmissible than Delta, which has now been definitively supplanted. In a preliminary study by Japanese researchers it is found that Omicron Ba2 is “more pathogenic and should be considered a variant in itself”.

Relatives and friends of the defenders of Mariupol called for actions around the world demanding evacuation from Azovstal. Video

Kostic and Eintracht won the Europa League after a penalty

Gustavo Adolfo Infante assured that “Chabelo” suffers from senile dementia: “They have it saved”

Creole lentil stew to make in the microwave