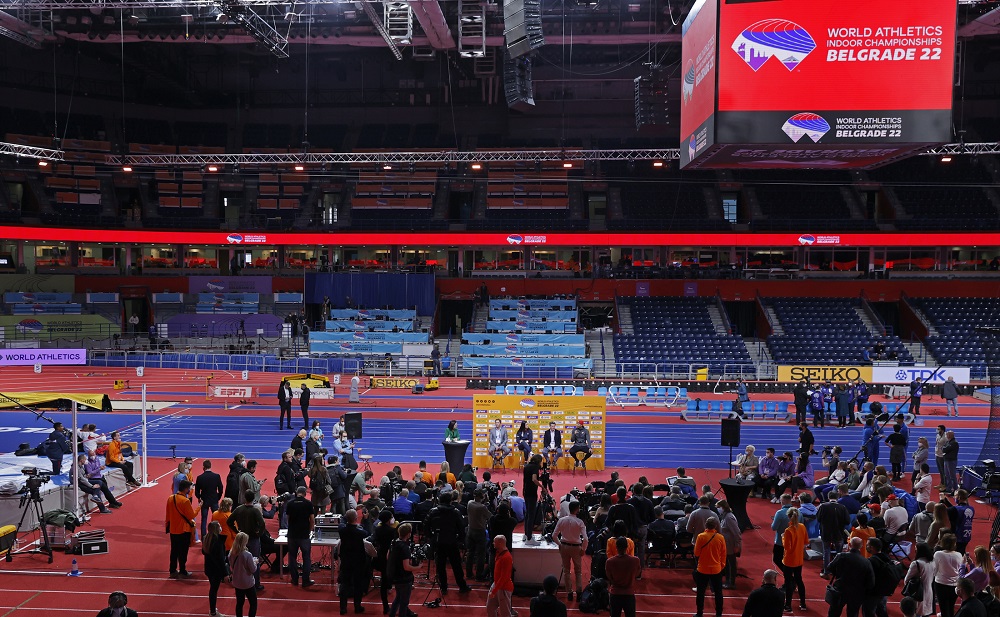 Greek Militiadis Tentoglu became the world indoor champion in Belgrade in the long jump, as he jumped 8.55 meters in the second series.

Tentoglu, the current Olympic champion, was fantastic in the first jump as well, but the sensor signaled that he had violated, which was not visible to the naked eye.

However, that did not stop the 24-year-old Greek, who shone in the next jump and reached gold with a result five centimeters weaker than his personal record.

Swede Tobias Montler (26) jumped 8.38 meters in the fifth series, his personal record, which was enough for silver. American Marquis Dandy (27), the world indoor champion from 2016, took the bronze medal with a jump of 8.27 meters.

It is followed by American Jerion Lawson with 8.19 m, South African Chasville Johnson with 8.14 m and Emiliano Lhasa with 7.99.

Serbian competitor Lazar Anic set a season record with 7.92 meters, which was enough for eighth place. The seventh was Indian Murashi Shrishankar, who set a new national record also with 7.92 meters. The second jump was equal for Anić and Šrišankar, but the Indian’s third was better.

COVID in Albania: No loss of life! 43 citizens have been infected in the last 24 hours