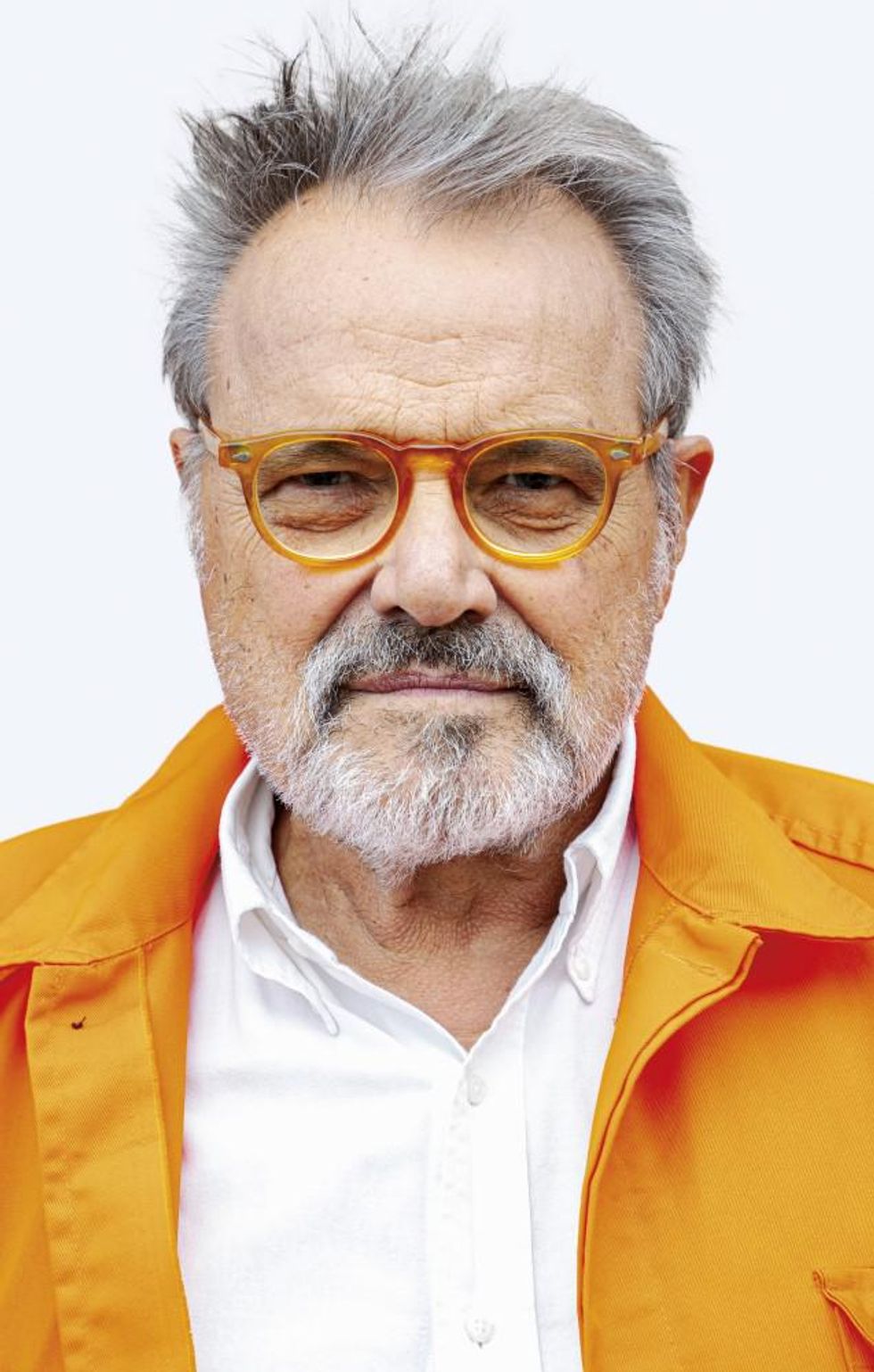 
Tribute to Oliviero Toscani for his 80th birthday, one of the most important photographers and creatives at an international level, organized by Stefano Boeripresident of Triennale Milano, e Giovanna Calvenzipresident of the Museum of Contemporary Photography.

Starting from a book with an unequivocal title, Oliviero Tuscan. I made all the colors. Life and fortune of a situationist, published by La Nave di Teseo. Followed by an interesting 90 ‘docu-film that will soon have a distribution: Oliviero Toscani. Who loves me follow medirected by Fabrizio Spucchesjustified absent from the event because he left for reportage on the Ukrainian border, and the collaboration of I Wonder Pictures.

The “terrible boy” is the brilliant inventor of famous images that have made the history of contemporary communication, unhinging the clichés and prejudices, both in the experts and in public opinion.

It starts in chronological order and then follows a flow made up of memories, anecdotes and references, witnessed by the many personalities from the world of art, culture, entrepreneurship and fashion, who told a backstage part of the strong personality and work meticulous and passionate about an artist who defines himself as the creator and author, not just an interpreter, of the characteristics of humanity.

“I wish everyone to reach the age of 80 with this satisfaction of having had the courage of opinions, of provocations, and of saying what you think or think you believe, but also to change it” quotes the birthday boy.

Childhood and international education at the University of the Arts in Zurich, in full Bauhaus concept, mark the first challenges and experiments of a Tuscan son of the first photojournalist of Corriere della Serathe one who, among other things, was the author of the shot of Indro Montanelli leaning over the typewriter Letter 22.

Karl Schmidtdirector of the Swiss school, was one of his teachers, not so much on the technique of photographic shooting, but on the importance of rigor in observing every little detail, in understanding what you see and analyzing what surrounds us.

“A provocative thing is a refined and artistic thing,” he continues Tuscan. «Being a photographer doesn’t mean taking good pictures, that’s just the last action you take. First of all you need to be authors, then scriptwriters in giving a structure to the idea, then scenographers in setting the stage, then directors in directing subjects, lighting instruments, and only after all, operator of the machine ».

As soon as he finished his studies, here is the award that makes him fly to New York and around the world for the airline Pan America with his Leica camera, starting from photo reportage, which will be followed by shots at rock concerts and then fashion , a springboard for worldwide successful editorial services and advertising campaigns that are still remembered today, for Esprit, Chanel, Robe di Kappa, Fiorucci, Prenatal, Jesus, and of course, United Colors of Benetton. 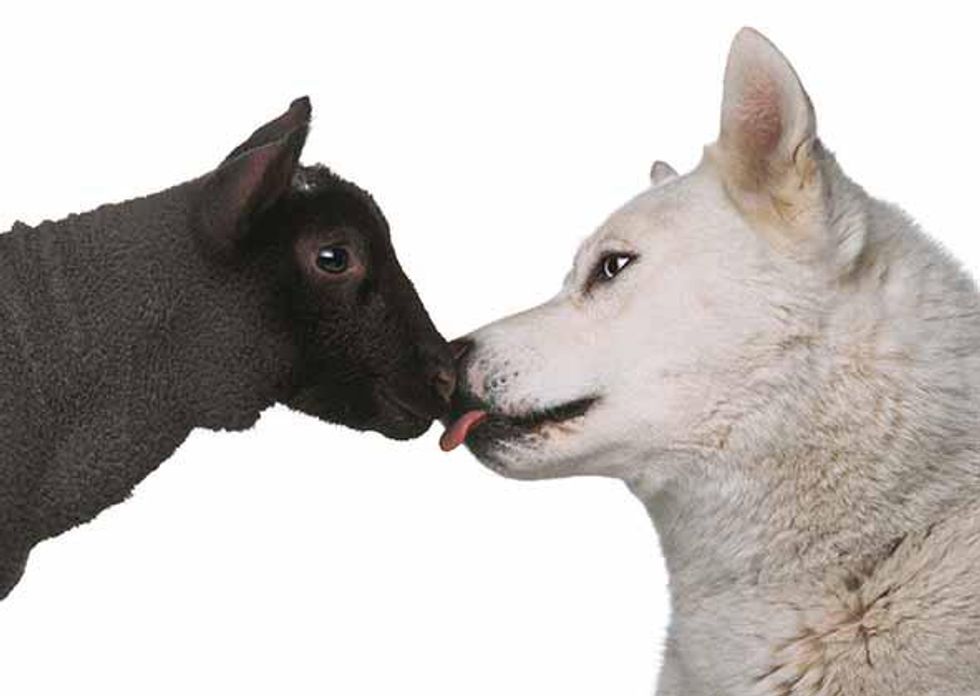 Friendship with Elio Fiorucci and collaborations for Condé Nast, Elle, Harper’s Bazaar and Esquireamong others, allow him to hone his knowledge and become an authoritative voice full of strength and genius in the sector.

Gisella Borioli And Flavio Lucchini they understand him straight away, already from his appearance in the editorial office, a confident, analytical, incisive, furious boy and convinced that he is right, despite his very young age. With Tuscan the first revolution takes place on the photographed models, no longer theatrical women but faces that belong to the present moment, conceiving, among other things, the first casting office and the mode of fashion photos on a white background, to give essentiality and freshness, without superstructures . A perfect simplification and synthesis, the white background, where you can write an exciting story.

Douglas Tompkins it turns out to be another important meeting for the interest that the photographer then developed in industrial fashion. The North Face co-founder meets Oliviero Toscani in its beginnings, when it was still only the cult address of a little shop that kept the best items for going to the mountains.

The campaigns with Esprit and those of Jesus Jeans, the denim brand created with Maurizio Vitali by Robe di Kappa, which became famous for the images combined with irreverent slogans, such as the photo of the short jeans on the back photographed together with the words: «Who loves me, follow me».

He continues to tell Tuscanthe rundown of the characters with whom he had the honor to confront: “Giorgio Armani I met him window dresser at La Rinascente, very serious, professional and likeable, I always worked with him with precision and irony, so much so that when he told me “let’s do something together for Milan”, I wrote him under the photographic campaign: “We will die Elegant”. Then there were other big ones, like Yves Saint Laurent, Karl Lagerfeld, Kenzo Takada And Jean Charles de Castelbajac, each one always with a particular creativity and a specific and precise personality, lots of authentic talent. And I also quote Aldo Coppolahe the son of a hairdresser, I the son of a photographer, we grew up as kids together and we worked while having fun ».

The artist inherent in Tuscan it is a river in flood. He is the one who, in no uncertain terms, encourages us to seek out only interesting clients, if we want to obtain an intelligent artistic result, even with different tastes and sensibilities, because the quarrel or discussion, in that case, leads to a real exchange and a relationship where everyone can teach and learn.

He is also the photographer who tells the models to try to look smart in the shots; to entrepreneurs who are banal and understand nothing about communication and slogans; and for co-workers to turn their backs and shoulders to each other in meetings, because it is easier to talk while looking at each other.

«When they call me a provocateur, I take it as a compliment, at least I made an opinion think and born» chuckles in his magnificent way, the histrionic Oliviero. 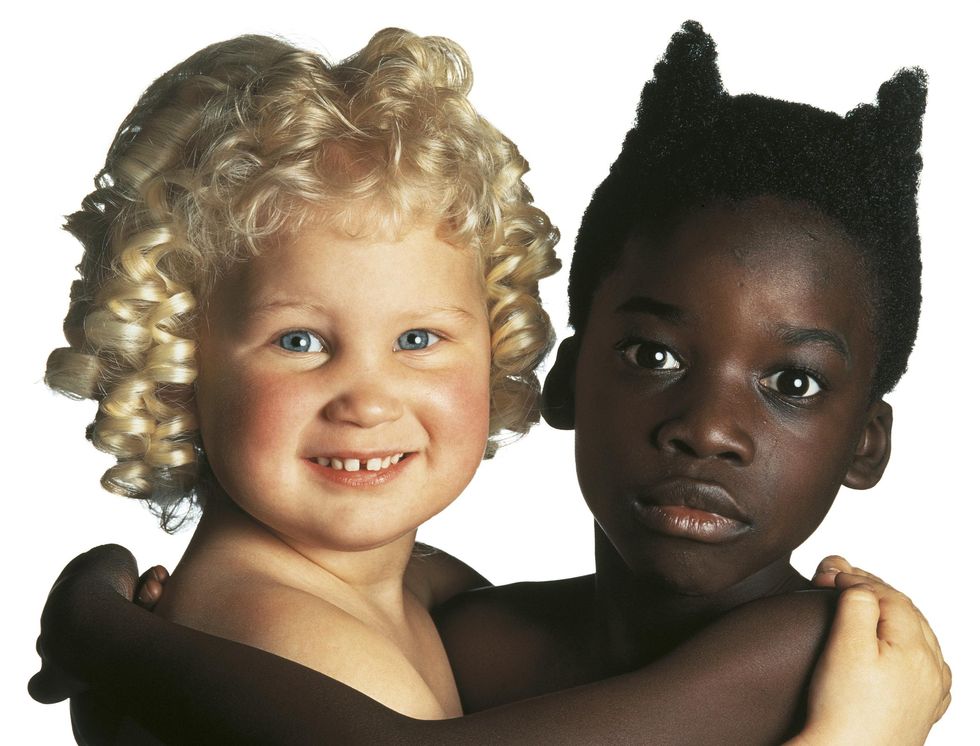 Founder of the creative consultancy company with the nickname ‘Cucù’ and of Colors, conceived and directed by Fabrica, his research center for creativity on modern communication.

Yet this uncomfortable and pungent artist has in his wide portfolio of long-standing clients and many students from industry schools, art and design, as well as readers, thanks to the 40-volume series, entitled ‘Photography lessons by Oliviero Toscani ‘, edited for Corriere della Sera.

The concept of advertising image has changed its sign, in the course of the photographer’s career, transformed into a socio-political vehicle and in campaigns dedicated, for example, to road safety, anorexia, violence against women, the deterioration of the Italian landscape, to osteoporosis, to strays, to integration, to AIDS and the death penalty, managing to reach and strike millions of categories in the opinion.

“Inventing the way of seeing reality put in a context of mass communication, and that’s how we decided to use the poster on the streets, because 90% of what we know comes from images” he says. Tuscan. “With Luciano Benetton we went from a product-based to a thought-based campaign. The photo is an important and very serious thing, it is the history of humanity, but at times it is left in the hands of two ignorant categories, photographers and advertisers ».

And he doesn’t spare the jokes even when it comes to virtual images. “We live in a society where reality is thought to be virtual images. Enough with the photos that make shit, if on Social Media you do not think and do actions as employees, without imagination. Also give me some creative directors, there are plenty of them with this name, or some marketing man who knows everything and then gets everything wrong ».

The artist connects live for the tributes Marina Abramović: «You are the man of courage and awareness, integrity, without fear of taking risks».

Followed by his fellow photographer Septimius Benedusi: «I have the honor of being able to take pictures of Oliviero, while we are working on some projects, we begin, at intervals, to make funny portrait-sequences. There was the period of “portraits from the dead”, the period of modeling poses, the Social period during the lockdown with a thousand direct and him who mixed our faces on Instagram; the portraits “behind bars” and those in white coats with people, the humanity they love to discover, and then the photos in which everyone becomes Oliviero Toscani with a portrait of him on his face. She always has great availability and generosity; she says that she has understood that it is easier to say yes than no, save energy and have fun ».

After having written books on communication, having directed the behind the scenes of very important editorial projects and having applied his communicative creativity to various media and media, often witnessed in exhibitions, academies, biennials and festivals, distributed all over the world, the master Tuscan he still sleeps with the radio on, looking for news and constant contact with the world, as his father did.

He certainly spends more time, with his horses and on his farm in Tuscany, where he has chosen a house – I remember he said this in a meeting during a Design Week in Milan – that always makes you “feel on vacation”, but never stops thinking to new projects; the next will involve just the Abramović, Crepet and many other friends of his.

As a gift to the audience, another joke that makes them smile: «How much I envy and have envied the profession of the surgeon: it puts your client to sleep when he has to work. Think how comfortable it would be for those customers who keep telling us what to do and break my balls. We should all start seducing customers. “

Pachinko: an epic story not to forget

A 10-year-old Ukrainian woman, the world champion in checkers, collected and donated UAH 21,000 for the needs of the Armed Forces of Ukraine. Prytula burst into tears

AIDS deaths have decreased in the last five years