On November 14, 1956, Fernand Iveton planted a bomb. Worker, communist, Algerian, “European” according to the terminology of the time, he wants to take part in the fight for the independence of his country, in the war of liberation begun two years earlier.

This bomb, voluntarily placed in a place where it could not make any victim, will not explode. Arrested, horribly tortured, target of the hatred of the French in Algeria and of the press, Iveton was sentenced to death and guillotined on February 11, 1957. The Keeper of the Seals at the time, François Mitterrand, played a decisive role in carrying out the sentence of a man who had no blood on his hands.

For thirty years, the story of Iveton, which had long embarrassed the French Communist Party, disappeared from memory. Until a historian, Jean-Luc Einaudi, exhumed this story, both very singular and more than one exemplary, by publishing in 1986 For example – The Fernand Iveton Affair.

Another thirty years, and in 2016 the writer Joseph Andras publishes Of our wounded brothers, the cover of which bears the word “novel”. It is rather a story, certainly literary and even very well written, but which sticks to the facts for everything concerning places, proper names, declarations and public acts.

This story unfolds by inserting episodes of his meeting, in France, and of his life, in Algiers, with his wife Hélène, into the political and judicial history of Iveton. Adapting Andras’s book for the screen, Hélier Cisterne respects all of its biases, the factual realism as well as the layered construction.

Precise, centered on the essential, avoiding the heaviness of the reconstruction as well as the disturbing complacency of the displays of physical violence, the staging is remarkably rigorous, which confirms all the hopes inspired by the director’s first film, Vandal.

But there is added a new element, and which multiplies the emotional powers of the film: its interpretation. Vincent Lacoste, so present on the screens, most often in the roles of immature young people, gives Iveton here a tense solidity, something firm with a gleam of childhood.

What the actor does contributes to activating one of the questions that carry the film, beyond its historical issues related to the Algerian war and the behavior of the different actors, political, judicial, police, military, media.

Better than the history book and the literary work, it helps to question this partly mysterious process called “commitment”, the feeling of an imperative impossible to refuse, even at the risk of one’s happiness. daily life and his life. 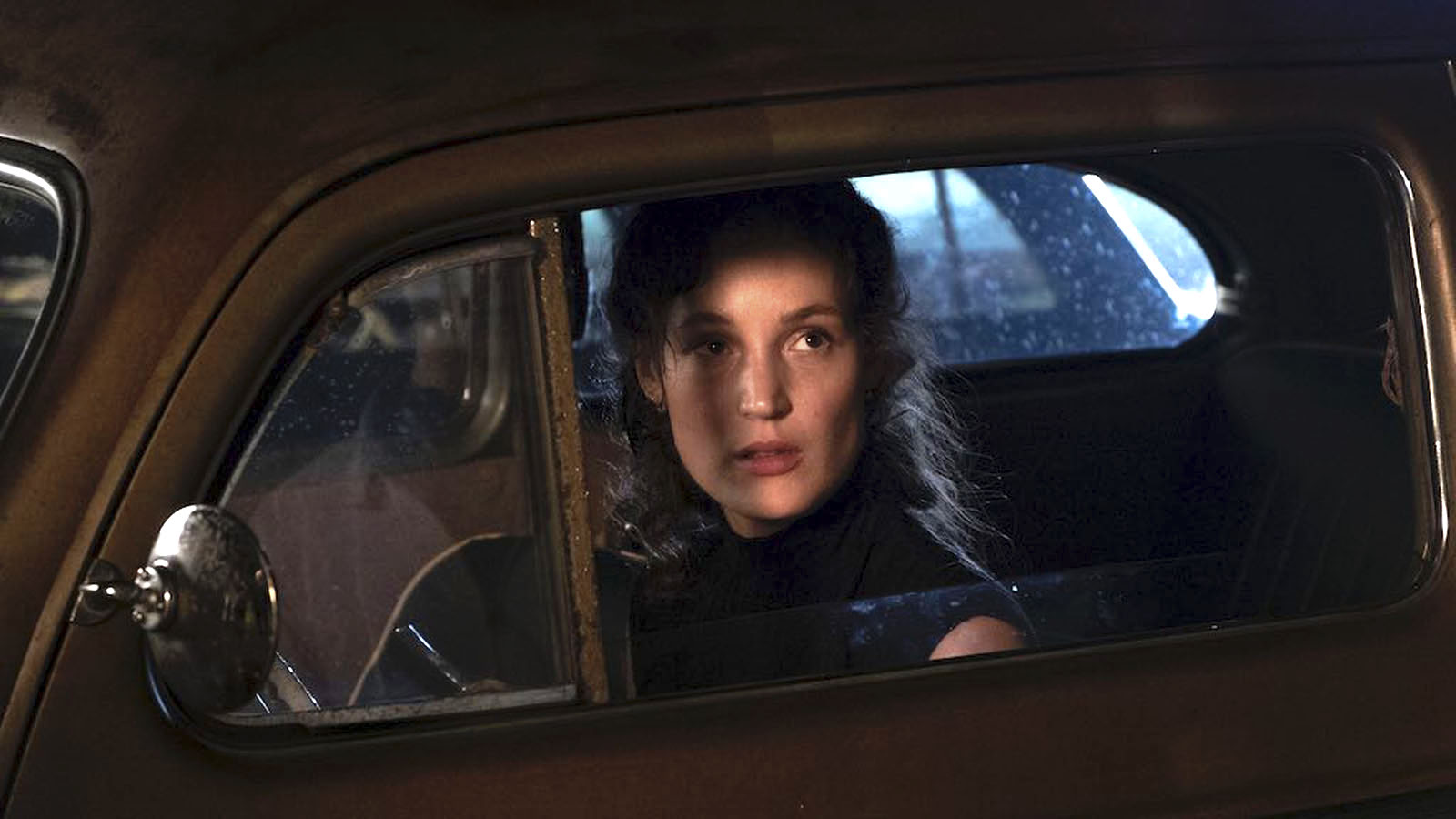 Hélène (Vicky Krieps), a loving wife but also a personality in her own right. | Diaphana Cast

It is also very present on the screens (we remember, among other things, after the revelation Phantom Threadof his two very beautiful interpretations in films of the last Cannes Film Festival, Hug me tight and Bergman Island), Vicky Krieps gives the role of Hélène a vibrant presence, never reduced to the background or to a counterpoint, a full-fledged human being with her own motivations and behavioral choices.

All these paths that lead to “Us”

And it is exactly at the crossroads of this rectilinear vigor of the historical reconstruction and the very embodied physical vitality of the two characters, that the accomplishment of what is both a story, the story, and the cinema. 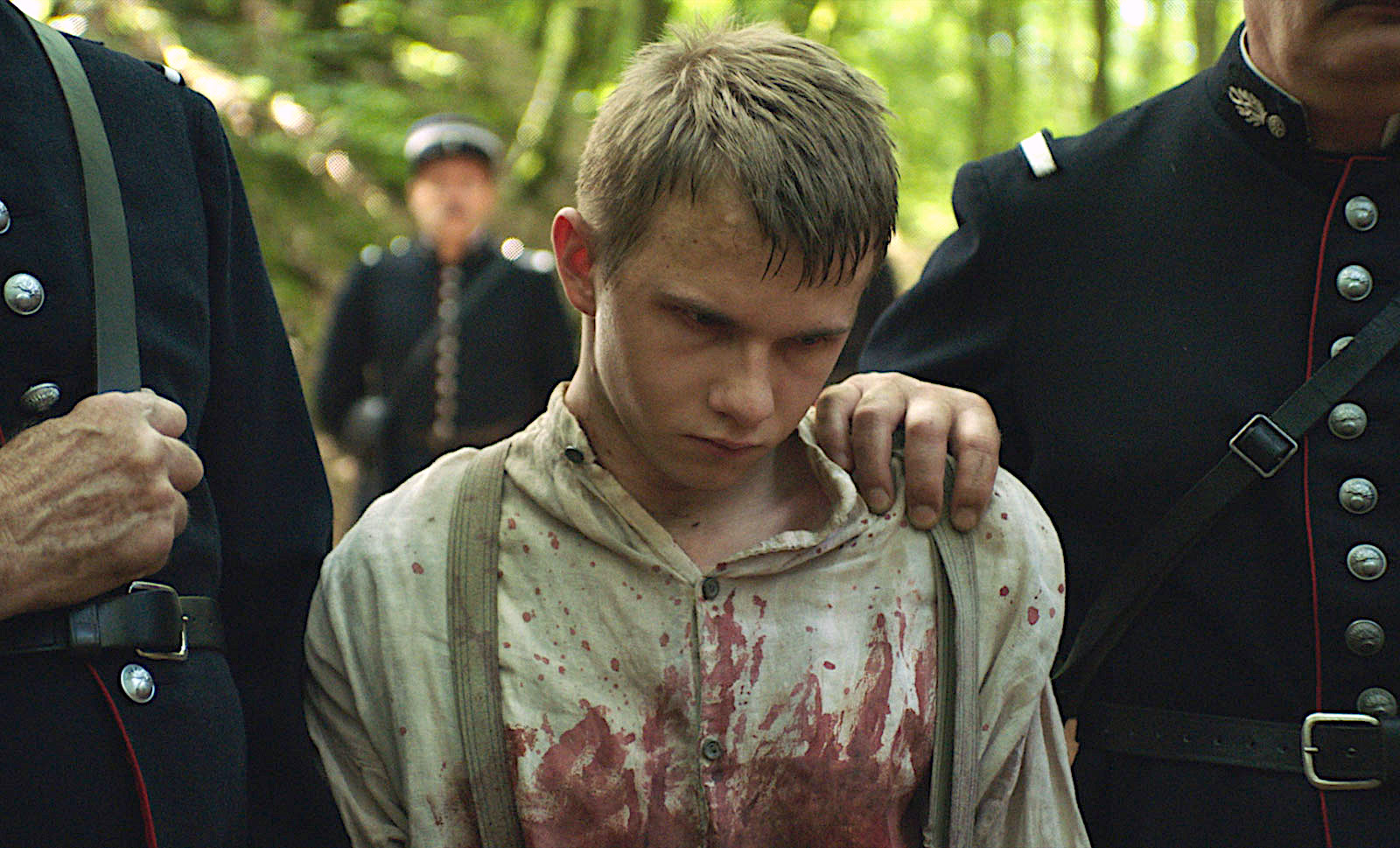 Bruno (Dimitri Doré) brought back by the gendarmes to the scene of a crime that remains mysterious. | Capricci

Both the similarities and the differences between the previous film and this one are fascinating. Again it is about the reconstitution of a real, tragic fact, and having a judicial dimension. Once again, the bias of the production is limited to a rigorous evocation of the facts. However, as successful as the other, the two films are not alike.

The title of that of Vincent Le Port is the name of an adolescent, a young Auvergne peasant who, in 1905, committed a brutal murder without apparent motive. As it happened at this time when justice began to take into consideration the psychic springs, Bruno Reidal was required to tell in detail all his existence, so that doctors and judges could possibly detect what had caused his act, to rule the part which could be attributed to madness[1].

A brilliant boy who benefited from access to an education which teenagers of his social condition were usually deprived of, the 17-year-old young man, a fervent seminarian, complied twice, in writing and during interviews with a doctor. and renowned criminologist, Professor Alexandre Lacassagne, founder of criminal anthropology, who preceded the modern criminology.

The long text written by the young prisoner is remarkable for its precision, ability to question oneself, and literary power. The subtlety as well as the ambivalence of the answers to Professor Lacassagne’s questions are impressive, as well as his sometimes overwhelming honesty, particularly in his relationship to sexuality, contrasting with the scholar’s attempts to bring into legal and medical frameworks what they tell of the accused.

The film accompanies both the account of his existence given by Bruno Reidal, from early childhood, and the course of events during the murder, and then, after the young assassin immediately gave himself up. Never the realization nor the interpretation seek to charge emotionally, even less add an explanation. 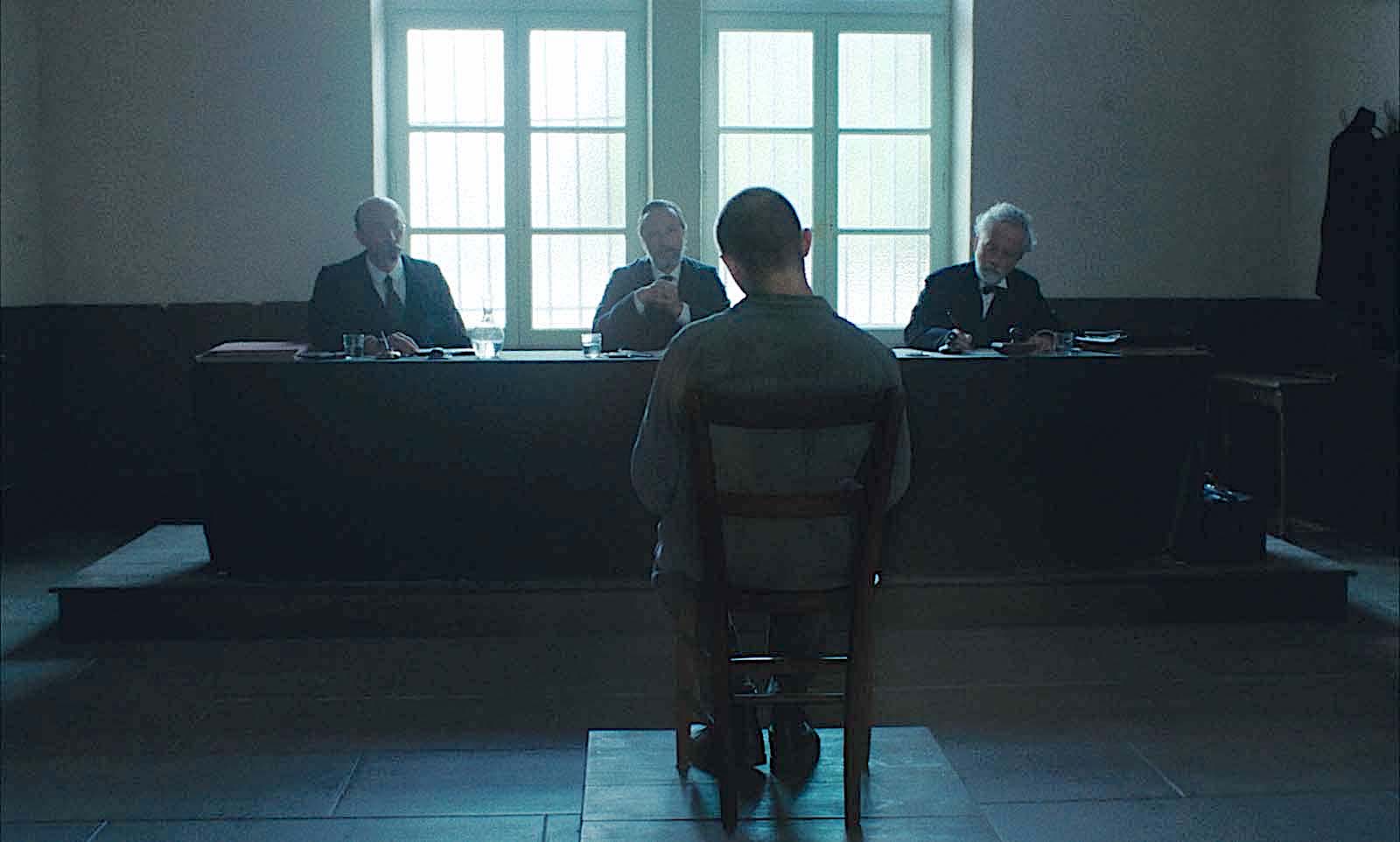 Facing the court of doctors, a culprit or a patient? | Capricci

All the impressive strength of this first film lies in the way it manages to articulate several registers: the extreme and opaque violence of the crime, the sophisticated quality of the story given by the person who committed it, including in questioning his own motivations, the disproportion between the power and the automatisms of the judicial and medical institutions and a poor young man inhabited by forces that he does not understand, but that he seeks to describe as well as possible.

“Come I take you”, film-galaxy around the corner

Thanks also to the astonishing Dimitri Doré in this role, which is all the more complex because he bets everything on an expressive and above all explanatory minimalism, Bruno Reidal accompanies with a tense accuracy a mysterious, disturbing path which reveals, by the most unexpected of the paths, strangely moving. 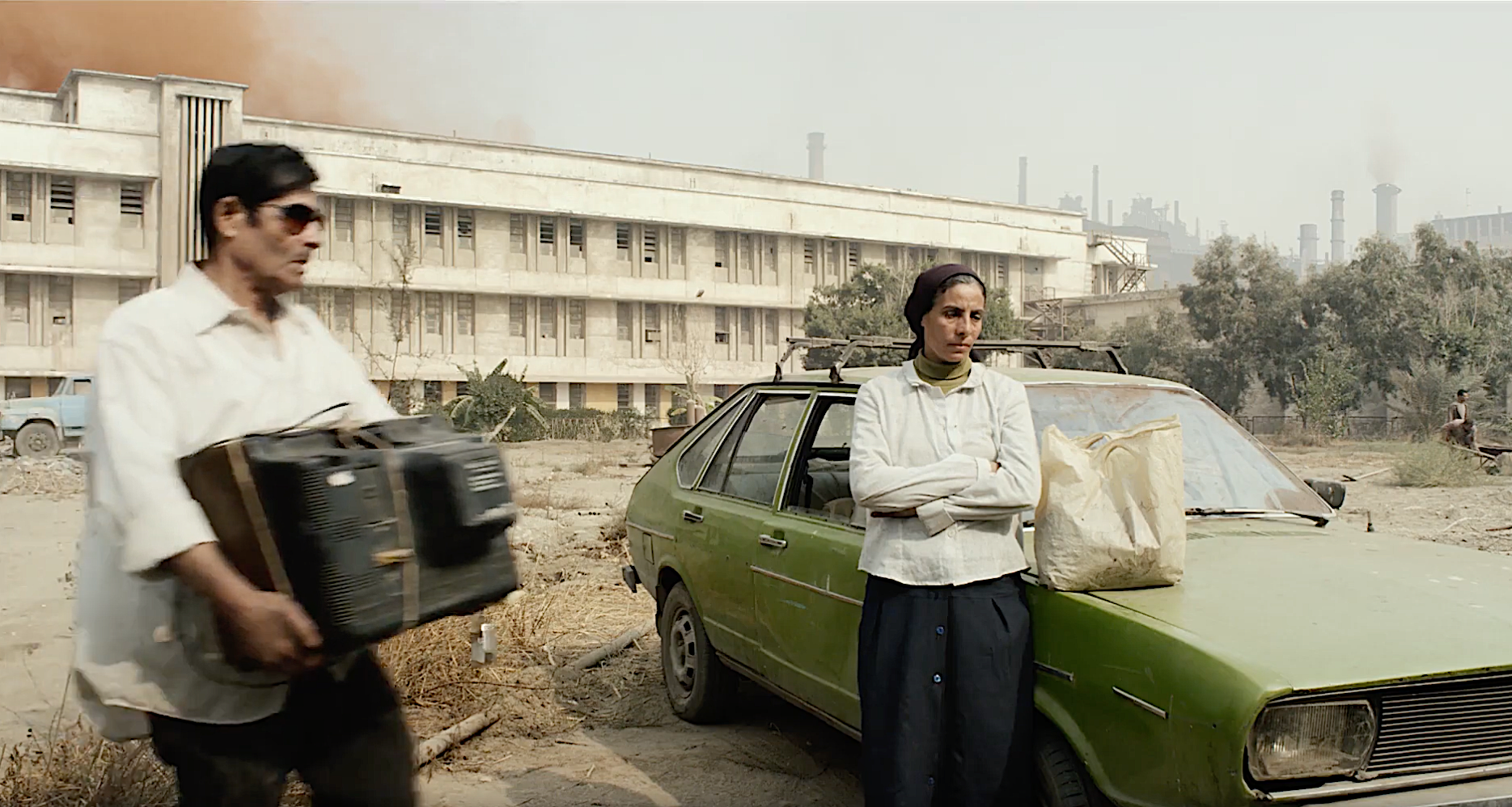 Propelled to a place for which she is not prepared, the mother (Demyana Nassar) will have to invent answers to the violence of the world. | DulacCast

At first glance, this other first film, which is a fantastic tale, may seem far removed from the realism of the two previous ones. Unrealistic, patriarchal oppression, misery, the rotten habitats of the poor, exhausting and underpaid work, the arrogance of the powerful, the poisoned environment of the poorest? Wouldn’t that be real, especially in Egypt where the film is from, in the Arab and Middle Eastern world, and pretty much everywhere else too?

Omar El Zohairy films with a kind of peaceful frontality the most extreme situations, or the most absurd, starting with the one that triggers the story: in this poor family, a conjuring trick inexplicably, irrevocably transforms the father into a chicken. The mother, accustomed to relentless submission, must take control of the situation as much as she can.

The three love triangles of “You only want me”

Kafka, yes, is indeed the horizon of this parable rich in twists and metaphorical suggestions. The most ordinary and improbable events can therefore happen, in a kind of narrative freedom that is never gratuitous, never predictable.

It accompanies according to very variable tones, from the burlesque to the tragic, the journey of this woman who literally invents herself before our eyes – and in her own eyes. 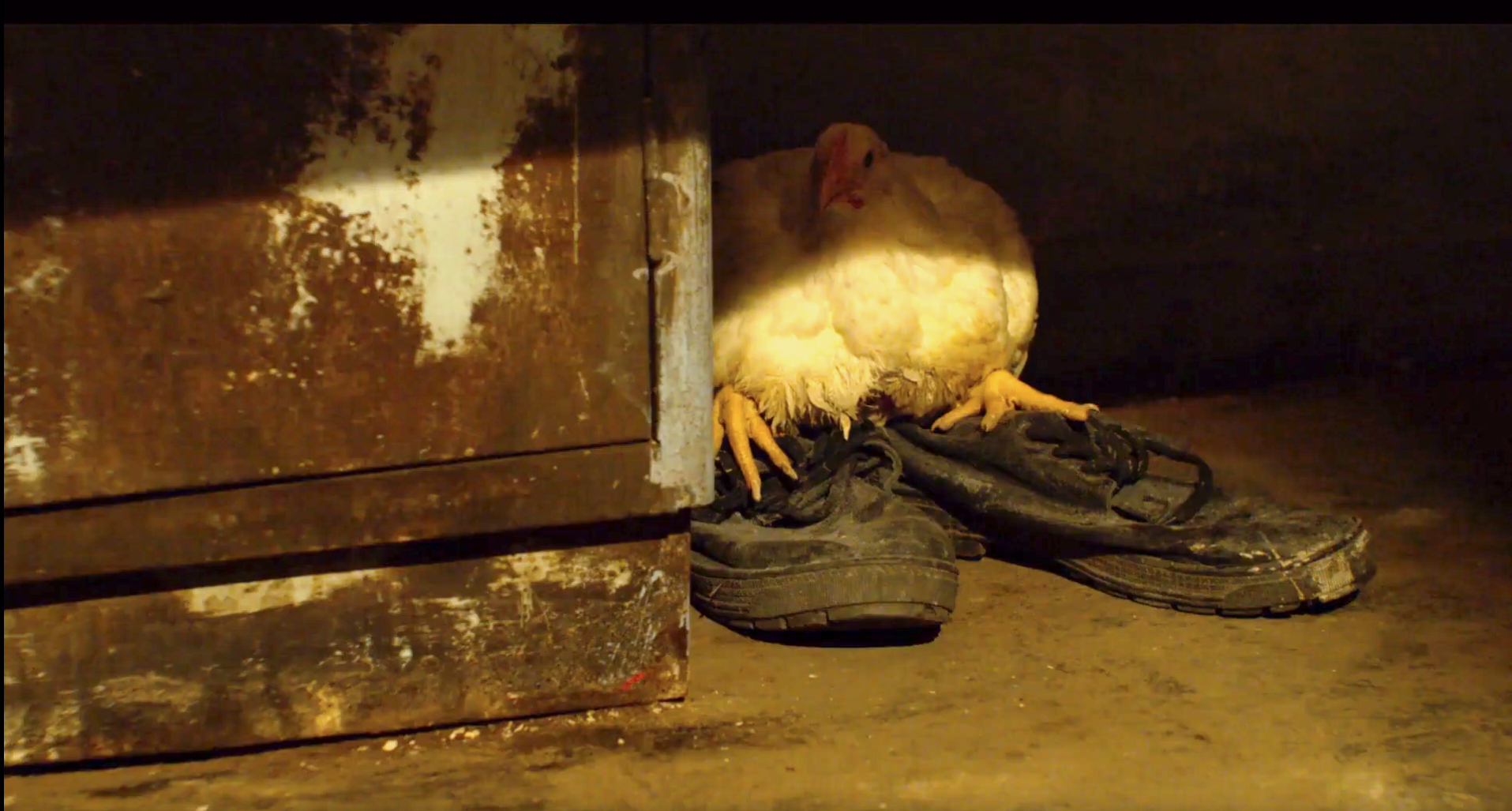 Doting father? A detour through the eccentric to better describe daily realities. | DulacCast

Corn feathers is also carried by a visual and rhythmic sense, an ability to compose spaces, lights, colors and sounds, which made this singular and very material parable one of the revelations of the last Cannes Film Festival.

1 — At the same time as the film is released, a file of documents appears, IBruno Reidal case – Investigation into a murderous case of a teenager (Capricci), mainly consisting of Lacassagne’s forensic report, with excerpts from the text written by Reidal. Back to article

Jean-Michel Frodon’s film reviews are to be found in the show “Cultural Affinities” by Tewfik Hakem, Saturdays from 6 a.m. to 7 a.m. on France Culture. 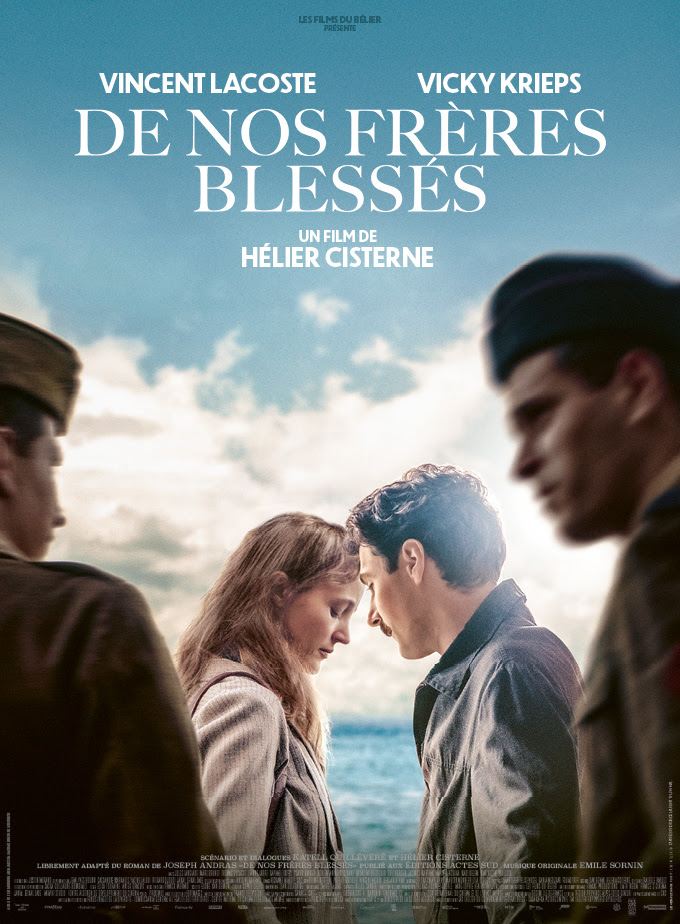 Of our wounded brothers 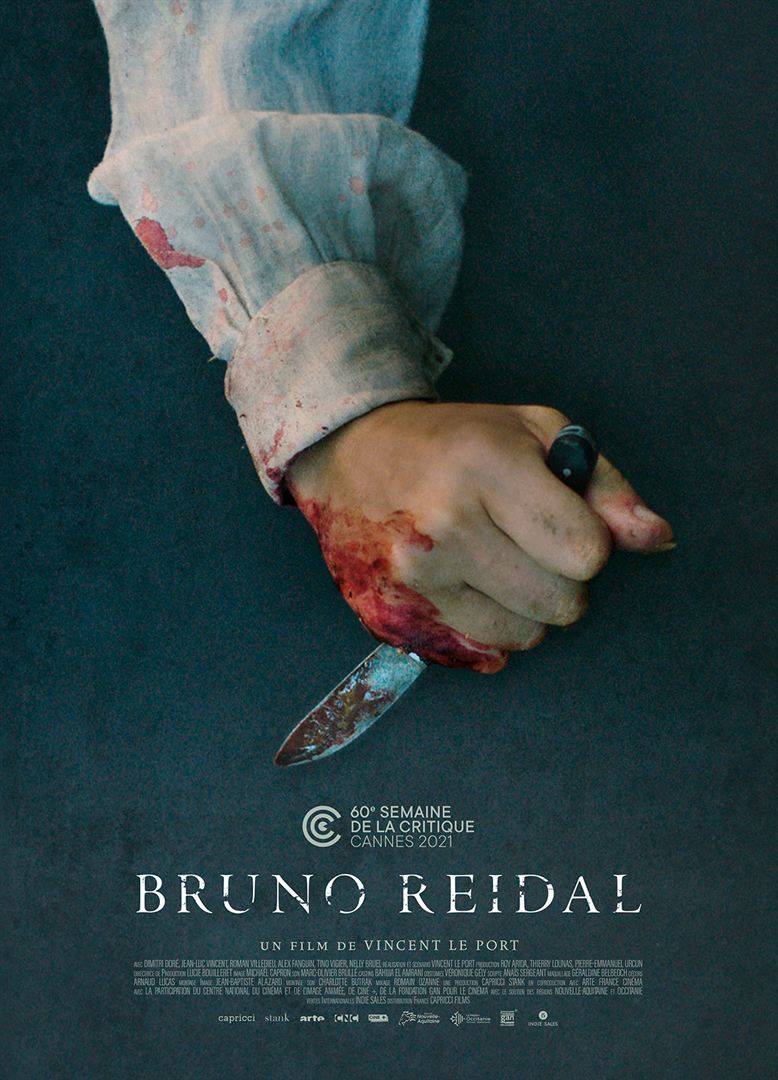 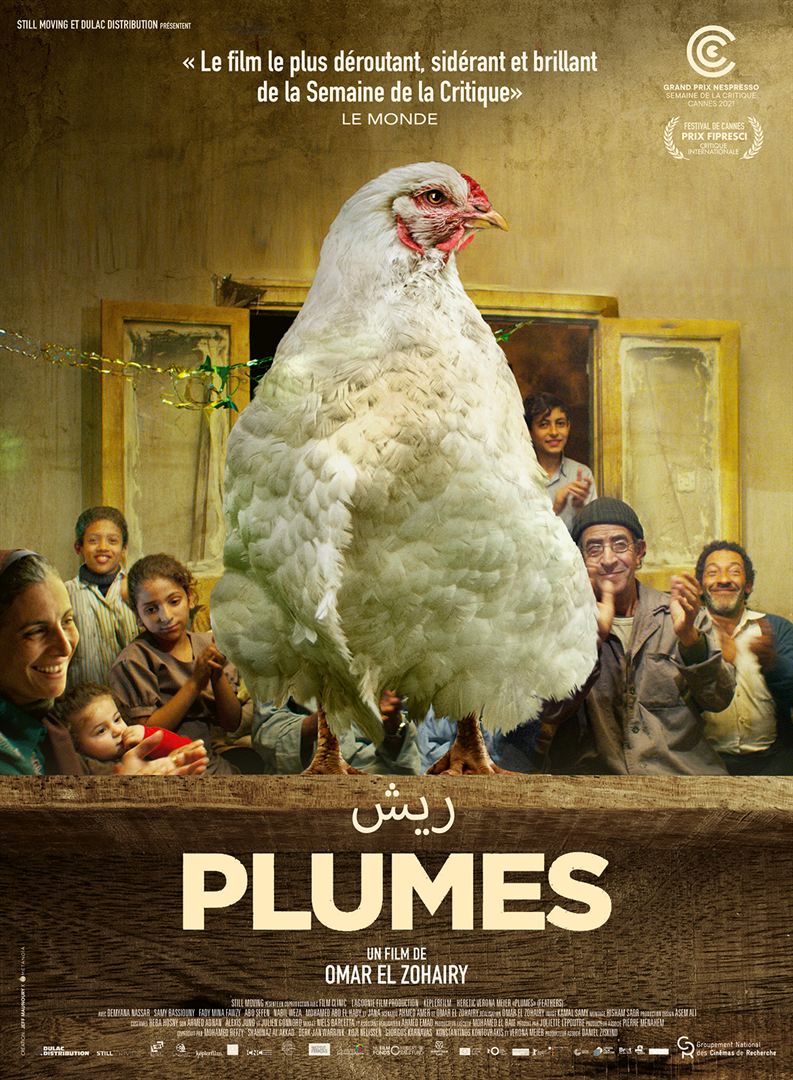 Will the war in Ukraine lead to the collapse of the Russian economy?

War in Ukraine: even the United States suffers from the rise in the price of oil