Oblak trained for the first time, the NHS announces that Stožice is almost sold out 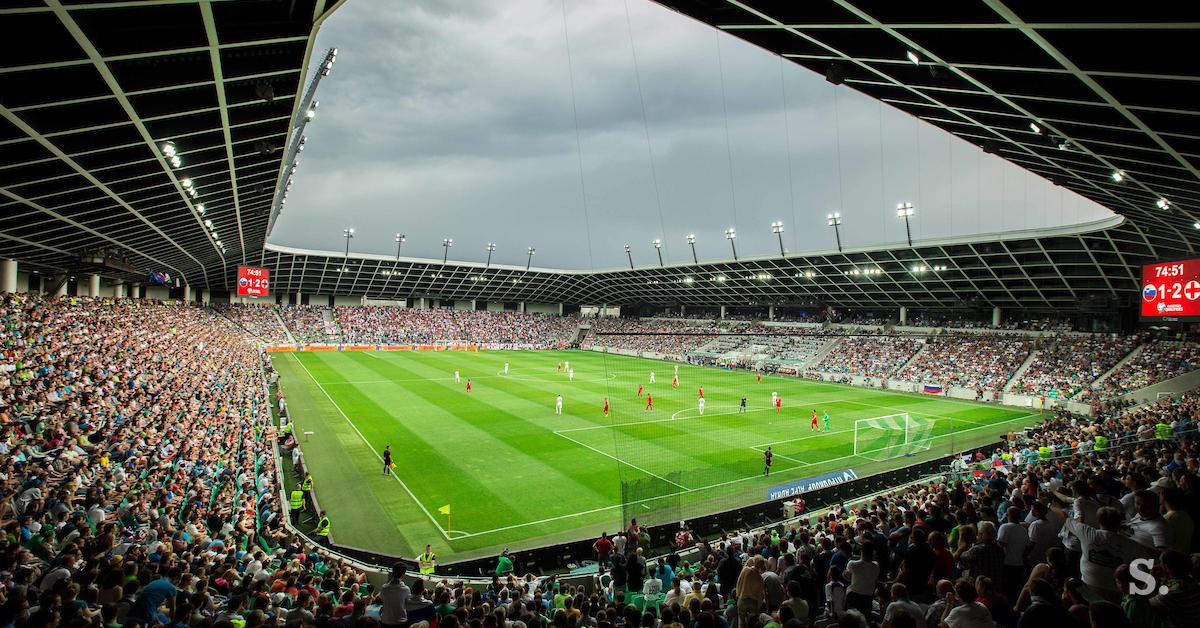 The Slovenian national football team is preparing for the very important League of Nations match against Norway on Saturday in Brdo pri Kranj. On Thursday, captain Jan Oblak also trained with his teammates for the first time, and football fans who would like to watch the meeting, which will also feature one of the hottest football players in the world, Erling Braut Haaland, must hurry. The Football Association of Slovenia (NZS) announces that almost all tickets have already gone on sale.

On Saturday, there will be a match between Slovenia and Norway, in which, like in Oslo, she could be in the main roles Jan Oblak and Erling Braut Haaland, of Atlético and Manchester City stars, apparently took place in front of completely full stands in Stožice. The largest football facility in Slovenia can accommodate a little over 16,000 spectators, so on Saturday, the match will start at 6:00 p.m., in Stožice. In contrast to the last match, when the Serbs visited Ljubljana (2:2), the stands will not be dominated by visiting fans. This could prove to be a huge advantage to help the hosts to a valuable win.


Slovenia is chasing its first victory in this year’s League of Nations, which would improve its chances of remaining in Division B, the second strongest group in the League of Nations. “We will try to play as well as possible and win. We also count on the help of the home field and our fans. I feel the support of the people, and we have the power to encourage them even more,” before Saturday’s spectacle, which will apparently take place in the sold-out Stožice , he thinks Miha Blažič. The defender of Angers remembers well the first match of the year against Norway.

Three months ago, he played well with his rivals in the first half, but at the beginning of the second half, the fast-footed Haaland outwitted him and smashed his way towards the Slovenian goal. Primor had no choice but to obstruct him improperly, commit a foul, and then receive a red card.

After this offense, Miha Blažič had to leave the field early in the match in Oslo.
Photo: Reuters


The former defender of Koper, Domžal and Ferencvaroš came to the national team for the first time on Monday as a footballer of a French club. He believes that Slovenia belongs to the current strong group of the League of Nations, but if Kek’s team wants to be among the “second category”, they will have to collect more points in the last two rounds than Sweden, with whom they will play on Tuesday.

Jan Oblak could have a lot of work to do on Saturday.
Photo: Vid Ponikvar/Sportida


He provided good news and an additional confidence boost in the host camp Jan Oblak. Last week he had some problems with a muscle injury, but then he got rid of the pain, initially defended in Sunday’s Madrid derby, where he experienced a painful defeat against Real (1:2), but after returning to his homeland, he did not immediately join his teammates.

In the introductory part of the preparations, he trained according to a special program, and on Thursday, when the penultimate training before the meeting with the Norwegians was scheduled, he joined his teammates for the first time. Selector Matjaž Kekwho was sidelined earlier in the week due to injury Žan Celarbut they filled the gap in the list Jan Mlakar and Miha Mevljaso on Thursday at the National Football Center, he completed the first September training session in a complete lineup.

Gregor Sikošek is one of the two footballers on the national team’s list who play in the 1st SNL.
Photo: Blaž Weindorfer/Sportida


Oblak is thus ready for a new star clash with Haaland, currently the second most expensive footballer in the world. In defense, he could help him on the left side, similar to the game in Oslo Gregor Sikošek. Defender of Maribor, one of the two players from the 1st SNL called up, the other is the captain of Olimpija Timi Max Elšnikguarantees that the Slovenian expert staff has thoroughly studied the rival.

“Our guide is the first half in Oslo. At that time, we set the back line high, so that we successfully prevented the Norwegians from preparing actions. We will have to be very combative, but also confident. It will certainly not be easy for our central defenders, but I believe that Haaland can they successfully stop it once again. Nevertheless, we must not focus only on him, as the rest of the footballers are also of exceptional quality,” explained the 28-year-old Posavec, who also spent part of his career in Scandinavia, as between 2017 and 2019 he also gained experience at Denmark.

(LETTER FROM A READER) The Bolsheviks and the Women's Question

Video: Juana Repetto shared her last birth without any filter

Look! ‘The Hotel of the Famous’ has a new participant eliminated

Defense had effectiveness and precision to beat an alternative Talleres