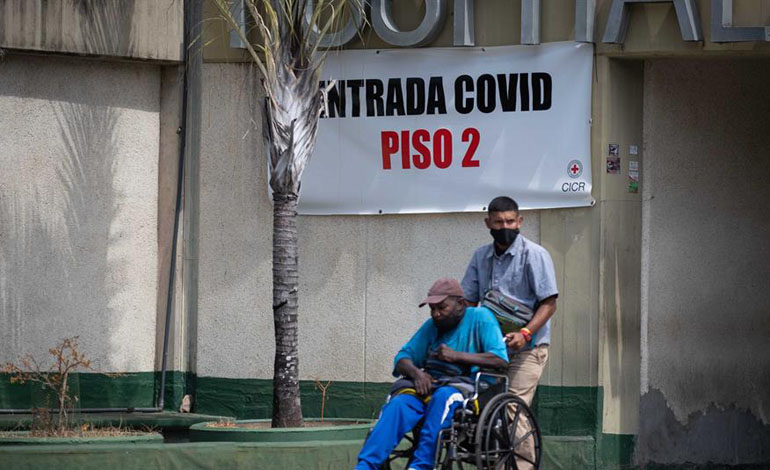 
The Minister of Communication of the Chavista regime, Freddy Ñáñez, reported that In the last 24 hours, two new deaths from covid-19 were registered in Venezuela, bringing the death toll since the start of the pandemic to 5,670.

Through Twitter, the official indicated that “Unfortunately, we report two deceased men, one 78 and one 64 years old, for a total of 5,670 people who lost the battle against this virus. Condolences to his family and relatives«.

In addition, he reported that During the last 24 hours, 54 new covid-19 infections were recorded in the country, «53 due to community transmission and one imported case».

On the local cases, He explained that the list of new infections is headed by Táchira, with 23 new cases, followed by Caracas with 7, Anzoátegui with 6, La Guaira with 4, Aragua with 3, Lara, Guárico, Bolívar and Mérida with 2 in each entity and Zulia and Trujillo with a new case in each state.

As for the “imported” case, Ñáñez pointed out that it is a person from Spain who entered the country through La Guaira.

Last Thursday, A sixth batch of vaccines against covid-19 arrived in the country made up of “more than 4,800,000 doses” from the Covax system, coordinated by the World Health Organization (WHO), informed the Minister of Health, Magaly Gutiérrez, who assured that her country has obtained more than 61 million doses

#PulsoEmpresarial What is the current situation of women in the cybersecurity industry?

Coronavirus: 180 new cases, 24 people in ICU and one deceased

11 harmful things in the bedroom