“Now we are an even bigger team”: The hero of Zvezda’s victory was delighted to celebrate against Alba 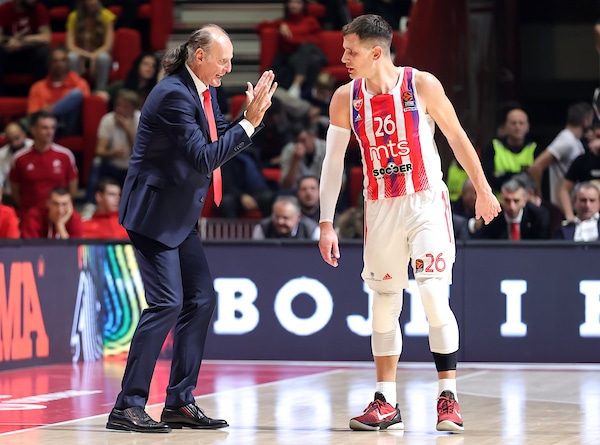 The red and white basketball player was impressed by the events in the second tied victory in the Euroleague.

The match between Alba and Crvena zvezda in Berlin went up and down, both teams had victory in their hands, but after extra time the visitors from Belgrade were happy – 84:88.

“I think we started to believe in ourselves and of course we got used to what the coach is asking for.” I think we are an even bigger team now. This is an important victory, because winning in extra time in Berlin is not easy,” said Nemanja Nedović, who, along with Luka Vildoza, is the best individual among the Serbian and regional champions.

“Details in the preparation of the game… I think we had an idea how to attack them, how to defend.” Of course, there is room for improvement, but we accept this in this way,” said the scorer of key points in the second related triumph since the arrival of the new coach Dusko Ivanovic, because Asvel was also defeated last week.

Next up is a duel with Israeli Maccabi at home on November 24.

“I expect us to win in Belgrade, we will have extra energy in Pionir, we are tired now, but I am sure that with good training we will achieve another victory,” said the Red Star basketball player.

After nine rounds, the red and whites have three wins and six losses.

Public Health confirmed a case of malaria in San Juan

Ministry publishes figures: 28 new cases with COVID. No loss of life in the last 24 hours

The RA government has adopted an ambitious environmental agenda. environment minister at the regional meeting

From next week, the Central will be double-handed again in the downtown

Within the framework of the North-South program, 982 plots of land in 8 settlements of Syunik were recognized as a priority interest of the society