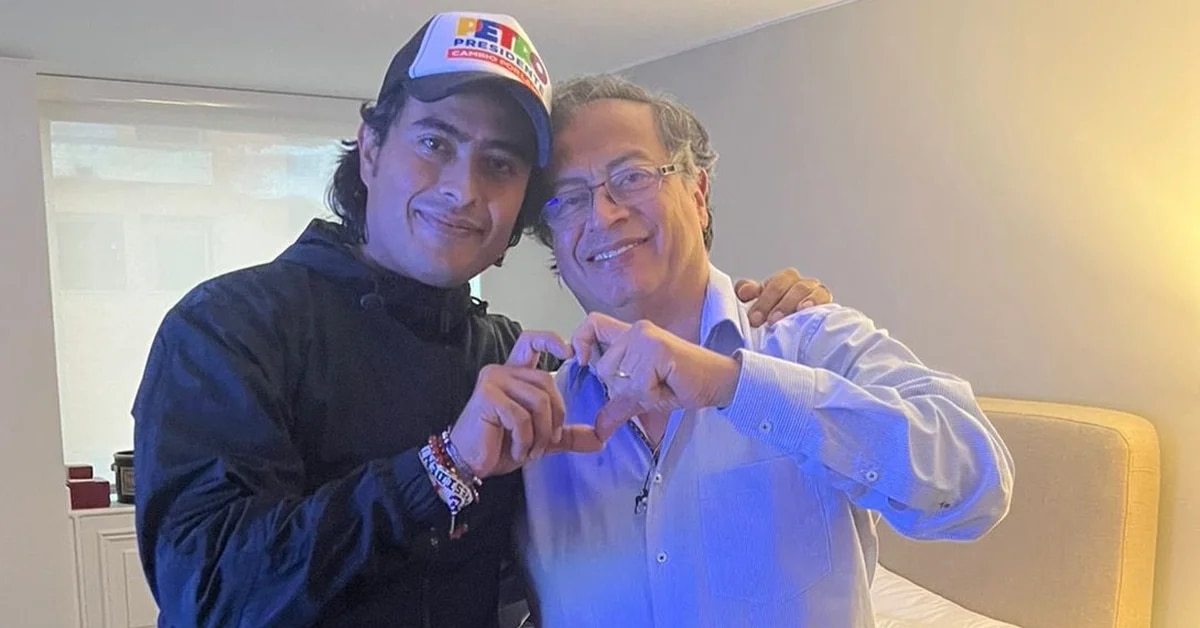 After the political storm caused by the statements by the representative to the Chamber of the Green Alliance Catherine Juvinao, in which she asked if the urgent message made by the national government on the reform of the Electoral Code -and which was withdrawn in the afternoon on November 24 -, it was to pay a favor to the registrar Alexander Vega, one of the sons of President Gustavo Petro joined the discussion asking for respect for the militants and supporters of the Historical Pact.

It was through Twitter that Nicholas Petrodeputy from Atlántico and eldest son of the Colombian president, asked the representative of the Alianza Verde, party of the government bench, to respect the Historical Pact, assuring that his father’s arrival at the Casa de Nariño was “earned with pulse, house to house”.

“Cathy Juvinao’s statements are disrespectful to all the actors of the Historical Pact. Citizen support at the polls was won hard, house to house. With her unwise comments, she ignores the tireless work of the bases and the desire for change, ”wrote the eldest son of President Petro.

It is worth remembering that the questions raised by representative Juvinao occurred during the debate that took place in the First Commission of the House of Representatives in which the reform of the Electoral Code was discussed, and for which the national government had filed a message of urgency that aroused suspicion in some congressmen and in Juvinao, who compared the current procedure with the one that was experienced in 2020 when the last reform to the same code was approved.

“Is the national government sending an urgent message to Alex Vega to repay the favor? It is the information that is there. So again, Alex Vega is not to be paid any favors, any favors. I, from the Green bench, am not going to lend myself so that they stuff us, excuse the term, the Electoral Code in three weeks. It is a lack of respect and this Congress cannot accept it, ”said the representative in her presentation in the First Committee of the House.

The discussion, about the congresswoman’s statements that caused annoyance in the First Committee of the House of Representatives, moved to Twitter, when Senator Gustavo Bolívar asked representative Juvinao to present evidence on her statements, otherwise she would be will retract.

“We only proved that 4 seats were going to be stolen from us and we recovered them. If you do not present evidence, we demand that you retract that slander that matches the right or lose all respect,” Bolívar wrote, adding that “hundreds of lawyers, thousands of witnesses took a month in the counts to recover our votes. As my colleague Luz Munera says, it is daring and base, even to insinuate that we stole a single vote.”

Representative Juvinao, in her response, demanded that Senator Bolívar not threaten her and answer the question. In addition, she reminded him of the support that she gave to the Vega Electoral Code in 2020, despite the fact that it ended up being declared unconstitutional by the Court.

“Senator Gustavo Bolívar: Do not threaten me, I asked you a question. And you do not learn from his mistakes: in 2020 he allowed himself to be fooled by Vega, he defended him and he already saw how that code went wrong. Now do you support him again? Take a good look at who is losing respect here.”

In the afternoon of Thursday, November 24, the Minister of the Interior, Alfonso Prada, announced that, after the controversy caused by the reform of the Electoral Code and the urgent message that had been attached to it, it had been withdrawn, due to Therefore, the process can be carried out the next year with complete peace of mind and without the pressure of the regional elections that will be held at the end of October 2023.

“The arguments seem reasonable to us, first, from the Historical Pact itself, from the Chamber bench; second, that we believe that it is well worth listening to society because in the public hearings and in general, through the media, observations have been presented”, the minister noted during a press conference.

Given this announcement, representative Juvinao thanked the decision and said that she received the news calmly and insisted that the three weeks remaining for the closing of this period of regular sessions are insufficient to properly discuss it.

“I celebrate and will always celebrate that this government is willing to listen, above all, to the congressmen who have accompanied this project for change and that we have no other objective than that the transformation that we have promised the country goes well. I also thank Minister Prada for his willingness and we will be here doing our job from the Congress ”.

Historical Pact asked Petro to stop the presentation of the Electoral Code: “It does not respond to the government program”

The EOM asked President Petro not to generate uncertainty about next year’s regional elections: “It is unnecessary and inconvenient”

The history of the only mosque found in Lima

The release of dangerous food, “Lori” and “Chanak” cheeses, has been suspended

Economist: Initiating the abolition of VAT refunds means exacerbating the economic crisis and the situation in the country

Longcoid; Studies show that recovery may be delayed in women