Nico Tivani did it again: he closed Saturday with gold and San Juan adds 20 medals 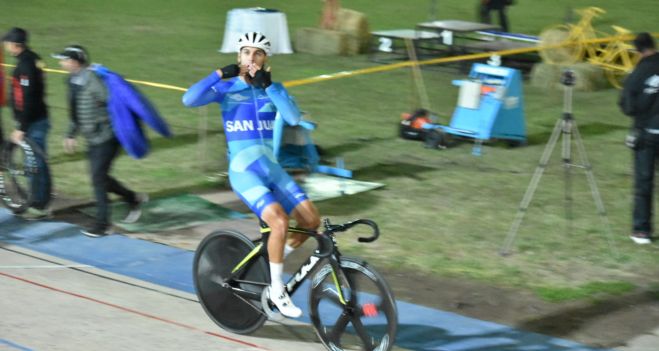 
Nicolás Tivani is intractable. The Pocitano closed in the best way the second day of the Argentine Track Cycling Championship at the Ciudad de Esperanza Velodrome in Santa Fe, adding a gold medal in the Omnium test, while Rubén Ramos won the silver medal and from this In this way, San Juan achieved nine medals that, added to the 11 obtained on Friday, put “La Sanjuanina” on top of the general medal table with 20 medals.

The day at the Santa Fe velodrome started with the bronze medal for Ludmila Aguirre in the Elimination, the gold went to Micaela Barroso from San Luis and the silver to Yanina Acosta from ASER.

In Omnium Sub-23 he also had San Juan at the top of the podium. Rodrigo Díaz was the best in the event and who won the gold, the silver medal went to Jonatan Almada (South Correntino) and the bronze to Agustín Ferrari (Sanluiseña).

In Ladies’ Omium, Maribel Aguirre won a silver medal for San Juan after having escorted Cristina Greve from Correntina. While the bronze went to Xoana Acosta, a cyclist from Mar y Sierras.

In the Sub-23 Elimination, the podium was clearly from San Juan with Mauro Dominguez obtaining the gold, Exequiel Alarcón receiving the silver medal and Rodrigo Díaz receiving the bronze.

For the closing of the day there was the test of Omnium of majors and it was there that Nicolás Tivani and Rubén Ramos gave San Juan gold and silver.

With this, San Juan leads the medal table with 20 medals that put him at the top of the Argentine general classification.

The schedule of activities for this Sunday will start with the concentration at 9 in the morning:

Vaccines in Argentina: how many have arrived and what origins they have

Mino Raiola, representative of Haaland, Pogba and other soccer stars, had to deny his own death

The more power, the more likely women are to smoke

Checking your breasts is taking care of your health