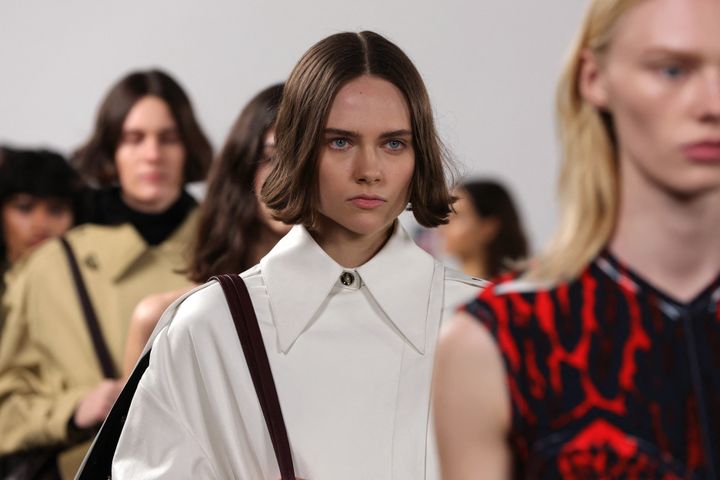 
Proenza Schouler, in an art gallery in the East Village of Manhattan, launched New York Fashion Week Fall-Winter 2022-23 on February 11, with a calendar still shaken up by absentees and the Covid-19.

Despite the restrictions due to the pandemic and an Omicron variant which upset the preparation of the event, several brands and their creators have decided to maintain a physical parade, such as Michael Kors, Altuzarra, Tory Burch, Brandon Maxwell or Telfar, according to the official calendar.

The opportunity is also given to emerging or barely nascent brands to make their debut, most often for presentations and not too expensive parades. This will be the case of Melke or Dauphinette, which promote sustainable and ethical fashion. For Emma Gage, 26, who founded Melke during the pandemic, appear on the Fashion Week calendar, “It really comforts you as someone who’s going to be around for a long time.” “It’s very rewarding to realize that people are going to see my work and think it deserves to be alongside brands that have had great success,” she explained to AFP, in her studio in Bushwick, a district of Brooklyn.

Tom Ford, who chairs the American Fashion Union (CFDA) and was due to conclude the edition on February 16, was forced to give up at the end of January, due to an increase in Covid cases in his teams. “We have done everything possible to avoid canceling our show in New York but unfortunately we are faced with the fact that we simply will not have a full collection in time”he said.

For his part, Thom Browne is on the calendar but on April 29. He explained that he wanted to get closer to the opening of the second act of the major retrospective on American fashion at the Costume Institute of the Metropolitan Museum of Art (Met). An institution whose curator, Andrew Bolton, is his companion.

For several years, New York has also had to deal with absentees, who choose to parade elsewhere or turn away from the classic calendar and criticisms of the frantic pace of fashion. For this edition again, no Christopher John Rogers, elected creator “women” of the year 2021 by the CFDA, nor of Pyer Moss, the brand founded by Kerby Jean-Raymond.

The Proenza Schouler brand, which after a few years has become a New York classic, kicked off on February 11 in an art gallery in Manhattan’s East Village, The Brant Foundation. Like the space chosen for the parade, intimate but under an immense height of ceiling, the creators Jack McCollough and Lazaro Hernandez above all played on the forms, while the places were filled with music a little disturbing played by a violin quintet.

Cinched, even compressed waists, on full skirts or with slightly rounded effects, the shapes were contrasting, sometimes exaggerated, an attempt to answer “to this obsession with the body nowadays. With social networks everyone wants to show their body”, says Lazaro Hernandez. Buttoned sleeves, drawn shoulders, black velvet hooded top giving model Bella Hadid a little Catwoman look, “play and experimentation are key, perhaps today more than ever”, claims Proenza.

In the process, Christian Cowan, who has already dressed Lady Gaga, Cardi B or Lil Nas X, took to the skies, presenting his collection on the One World Trade Center observatory. From the 102nd floor of the skyscraper, painted pink on the brand’s social media accounts, the show in a nightclub atmosphere confirmed the British designer’s taste for glamor and glitter.

Alda Merini, we remember the poetess 'born in Spring'

Luxury reinforcement? River’s plan for the round of 16 of the Copa Libertadores

“It feels like life has abandoned her.” Arestovich appreciated “Miss Crimea 2022” and examined close to her tattoo on her chest

Do you have cracked heels? Some steps that will help you