“Never surrender to evil, even if you feel useless”: the best wishes, for believers and non-believers, of Don Zuppi, Don Tonino Bello and Father Turoldo 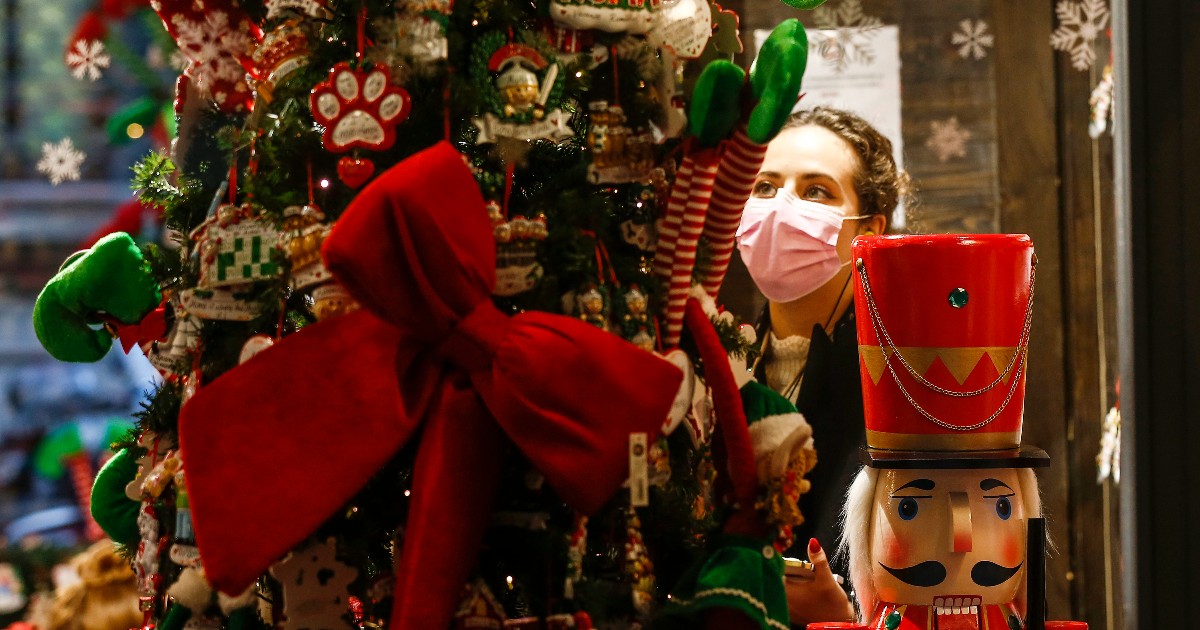 There are words that they speak to believers and non-believers. They are those of men and women who have fully lived their existence. In this Christmas 2021we have chosen to congratulate our readers with three voices which are precious testimonies so as not to forget the true meaning of “Good news”. Even in a tragic moment like the one we are experiencing, the message of those who have tried or tries to love, reminds us to look less at the “I” and more at the other. We have selected two texts of men who have left us but who remain indelible in memory, don Tonino Bello And father David Maria Turoldo and one of those who live among us: don Matteo Zuppicardinal of Bologna.

Matteo Zuppi66, has been a cardinal since 2019 but prefers to be called “don” in place of monsignor or eminence. After a life spent alongside the poorest with the community of “Sant’Egidio” he was appointed bishop by Pope Benedict XVI and Francesco elevated it to a higher step. But Zuppi remains “one of us”. He rides his bike around the city and has chosen to sleep in a residence for retired priests. We asked him for the best wishes for our readers:

“I hope that many doors will open and that fears will be defeated. I hope not to run away, not to feel one’s fragility as a condemnation, as a limitation because God knows how to make it of him.
I hope that I will be able to recognize the presence of God in the weakness of our neighbor because only in this way can we understand that we are all brothers.
It is not a question of being politically correct but of bending over the weakness and beauty of humanity. I wish to be persevering in fighting the pandemic and all pandemics. Even when you think you are useless, you must never surrender to the logic of evil. It’s always worth it.
In recent days, I listened to a song by the “Zecchino d’Oro” which made me think a lot. It is called “Forza Jesus”. In the text the child who sings says: “Come on Jesus, don’t worry. If the world is not beautiful seen from up there “. It is that little one who encourages and reassures Jesus: he invites him to come despite everything. This song reminded me of Etty Hillesum’s words: “We have to help God.” Here, He needs us. When indifference wins, God needs us ”.

Tonino Bello, who passed away due to illness at the age of 58. Another bishop who called himself “don”. Born and died in the land of him, the Pugliawore around the neck a wooden cross and on his finger, instead of the bishop’s ring, that of his mother. President of “Pax Christi” the international Catholic movement for peace, after Monsignor Luigi Bettazzimarched into the city of Sarajevo for several months under Serbian siege due to the civil war. As bishop, his palace was opened to the evicted, to prostitutes, to the poorest.

Dear friends, I would not obey my duty as a bishop if I said “Merry Christmas” to you without disturbing you. I, on the other hand, want to annoy you. In fact, I can’t stand the idea of ​​having to send harmless, formal wishes imposed by the calendar routine. I am even flattered by the hypothesis that someone rejects them to the sender as unwanted.
Many uncomfortable wishes, then, my dear brothers!
Jesus who is born out of love give you the nausea of ​​a selfish, absurd life, without vertical thrusts and allow you to invent a life full of donation, prayer, silence, courage. May the Child who sleeps on straw take your sleep away and make the pillow of your bed feel hard as a boulder, until you have given hospitality to an evicted person, a Moroccan, a poor person passing through.
God who becomes man makes you feel like worms every time your career becomes the idol of your life, the overtaking, the project of your days, the back of your neighbor, the tool of your climbing.

Mary, who finds only in the dung of animals the cradle where to tenderly lay the fruit of her womb, forces you with her wounded eyes to suspend the yearning of all the Christmas lullabies, until your hypocritical conscience accepts that the garbage can, the incinerator of a clinic become the crossless tomb of a suppressed life.
Joseph, who in the face of a thousand closed doors is the symbol of all paternal disappointments, disturbs the hangover of your dinners, reproaches the warmth of your bingo, causes short circuits to the waste of your lights, until you let yourself be put in crisis from the suffering of so many parents who shed secret tears for their children without luck, without health, without work.
May the angels announcing peace still bring war to your sleepy tranquility unable to see that a little farther than a foot, with the aggravating circumstance of your accomplice silence, injustices are consumed, people are evicted, weapons are manufactured, the earth is militarized. of the humble, peoples are condemned to the extermination of hunger.
The Poor who rush to the cave, while the powerful are plotting in the darkness and the city sleeps in indifference, let you understand that, if you too want to see “a great light” you must start from the last ones.
That the alms of those who play on people’s skin are useless tranquilizers.
That the furs bought with the thirteenth of multiple salaries make a good impression, but do not heat up.
That social housing delays are acts of sacrilege if caused by corporate speculation.
May the shepherds who watch in the night, “guarding the flock”, and scrutinize the dawn, give you a sense of history, the thrill of expectations, the joy of abandonment to God. And inspire you the deep desire to live poor which is the only way to die rich.
Merry Christmas! On our dying old world, let hope be born ”.

David Maria Turoldo, from Sedegliano, died in Milan at the age of 76. Member of the order of “Servants of Mary” it is known as poet, writer, theologian but it was so much more. Turoldo actively collaborated in the Anti-fascist resistancecreating and disseminating the clandestine periodical from his convent “the man”. Linked to Carlo Maria Martini, Turoldo was and is a point of reference for Christians and non-Christians alike. These verses were written shortly before his last Christmas, in 1991, when his health was already undermined by the disease. He would die shortly thereafter.

“The sadness of these births
Lord, move you to pity.
Illuminations in floods,
garlands of false constellations
they obscure the sky of all cities.
No one appears on the horizon anymore:
nothing that indicates the meeting with the pilgrim caravan;
not one who says in the whole West:
“In my hotel, yes, there is a place”!
Not a sign to look further,
a sign that at least someone believes,
one who still awaits the one who is to come …
We are no longer waiting for anyone!
Everything is still, even if inside an unstoppable vortex!
That’s it, it’s Destiny, there are no more returns,
nor appeals: it is useless for him to come!
Such is this civilization pregnant with Nothing!
Now you, even if you are deluded to believe
O son of the atheist West, follow your star as well
– so it is shouted throughout the city by the banners –
follow, I say, the star and you’ll find cornucopias throwing up treats,
or nothing but spirited mannequins of crazy fashions flying from the shop windows …
Since your giving is false (it’s Christmas!),
false even shake hands before Communion,
and find ourselves crowded in the night singing “Glory in the skies …”.
A bitter laugh of angels obscures the sparkle of our cribs,
Francis, singer of perfect, tragic joy:
even if a God continues to be born,
to break through unsuspected recesses:
where humanity still grows silent and desolate:
perhaps from the smile of a child from the Casbah in Daccà, or in Calcutta …
No one knows loneliness like the God of the Christ:
a God who least of all can live alone!
Sure it will come, it will keep on coming,
to be born but elsewhere,
somewhere else…”

3D4MEC presents the 3D printer for brass 3D4BRASS, will be used by Rubinetterie Bresciane Bonomi to speed up the production of prototypes