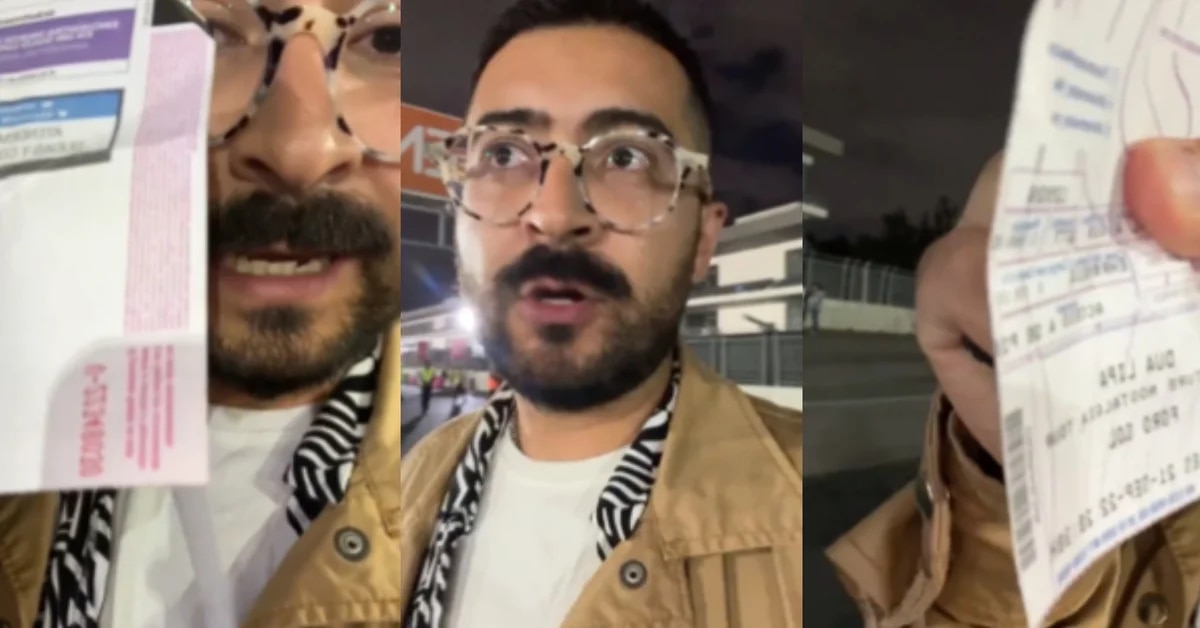 After what ticketmaster was involved in a strong controversy a month ago, after an influencer boasted on social networks that she had over a hundred tickets for resale of Corona Capital 2022, again the company is in the news for being involved in alleged cloning of tickets.

It was from Twitter, where a user identified as Kevin Amaro Ríos denounced that he bought some tickets directly for the Dua Lipa concert that took place on September 21, however, not everything went as expected, because when he arrived at the event and tried to enter They told him that his ticket had already been used.

The young man said that he did all the legal paperwork online to get his passes for the British singer’s show, in addition to going in a timely manner to pick up the physical tickets, so he did not expect there to be any kind of problem with his entry. To the concert.

“I bought my @dualipa pre-sale tickets direct at @Ticketmaster_Me last year and printed them months ago at @MixupTeam Parque Delta. After printing them I kept them in my bedroom for months. Today when I arrived at the access gate my ticket had already been used @AtencionProfeco”, he posted.

Likewise, Kevin pointed out that at no time did he make public the codes or any sensitive information that would have facilitated the cloning.

“I never took photos of my tickets or shared any images with anyone.. The only person who had contact with my tickets other than me was @Ticketmaster_Me staff directly at MixupTeam Parque Delta,” she wrote.

In addition, in another video that the complainant recorded, he mentioned that supposedly it had not only happened to him, but that at the concert he noticed that other attendees had the same problem.

“It wasn’t just methere were several people the same. Some were outside, others were inside and the same thing happened to them, groups of friends arrived where 1 or 2 were cloned and apparently they had already entered so it wasn’t just me “, he sentenced and accused:

Finally, the young man deepened that he was not raising his voice with the intention of a mere reimbursement, but to make visible a problem that could affect many people.

“More than the refund money, let this serve to know that the ticket mafia operates from within @Ticketmaster_Me #Ticketmaster a pre-sale ticket printed on Mixup how did it come to be cloned?” he commented.

The reactions from Internet users were immediate and several of them agreed that what happened would have been a suspicious situation.

“There are only two, that the Ticketmaster system failed and it was sold twice, for them it is easy to detect if that happened. Or that the staff where you went, misused your information. Sometimes it is easy for them because of the little salary they earn.” “I hope @Profeco helps you because it is an abuse”, were some of the mentions that appeared on networks.

Chronic Fatigue Syndrome is behind that fatigue that never changes

The gel of hope

The “revival” of Fabio Jakobsen: he won the second stage of the Tour de France