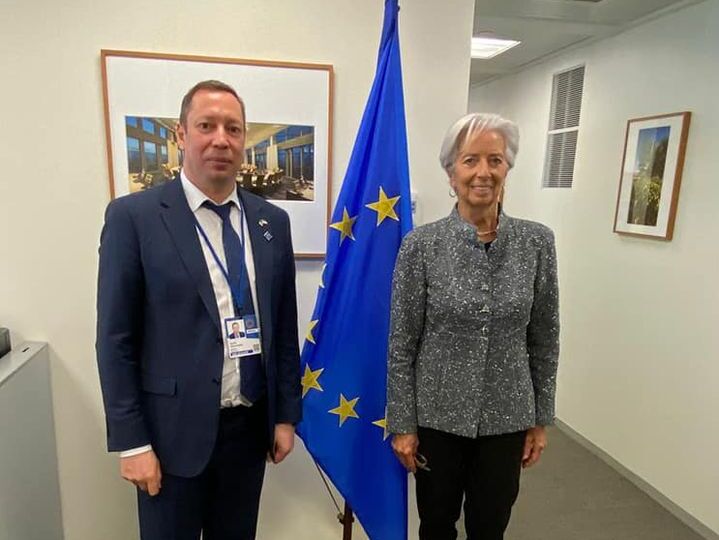 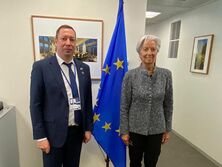 Head of the National Bank of Ukraine Kirill Shevchenko will take part in the meeting of the General Council of the European Central Bank. About it informed press service of the NBU on April 23 on Facebook.

“A landmark event for the NBU was an invitation from the ECB resident Christine Lagarde for the head of the National Bank of Ukraine to join the ad-hoc meeting of the ECB General Council, which includes the ECB President, the ECB Vice President and the heads of national central banks of 27 EU member states (these are representatives 19 Eurozone countries and eight non-Eurozone countries),” the statement said.

The press service noted that the head of the NBU received such an invitation for the first time in history.

“This is an important step for our country’s rapprochement with the European Union, as we will be able to join the dialogue with the ECB and other EU central banks through this platform, represent the position of the NBU and the interests of Ukraine, and also be more involved in discussions that are carried out at the level. European System of Central Banks,” the NBU said.

The next meeting of the ECB General Council will be held in early May.

“We hope that the NBU will regularly participate in ad-hoc meetings, taking into account the strategic course of our state on joining the EU. This will strengthen our ties with the ECB and further integrate into the European community of central banks, as well as achieve the goals set by the Agreement on association with the EU. One of the main tasks of the NBU in this process is the regulatory approximation of the banking system of Ukraine to the norms and standards of the EU for further entry of the Ukrainian economy into the common EU market,” the report says.

"When they say that Ukrainians themselves kill their own, my brain explodes." Fukanaga said he was shocked by Russian propaganda

PAID IN ADVANCE We reveal all the details of Filip Car’s contract, here’s when he returns to the Cooperative and what he didn’t agree to!