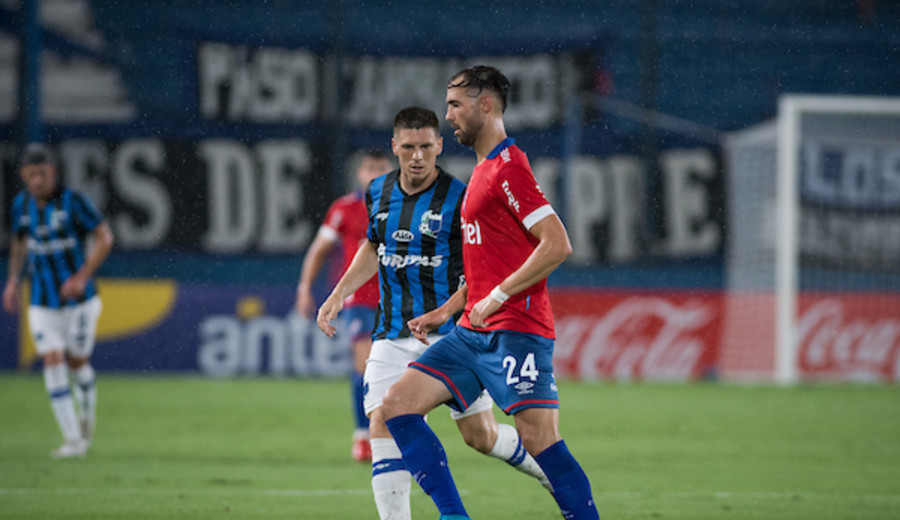 
MONTEVIDEO (UYpress)- This Monday the peak of the match between Nacional and Liverpool was played for the third date of the Apertura, which was suspended on Sunday at 32 minutes, when the game was tied at zero.

The particularity, in this case, is that the referee had to be changed, since Javier Burgos, judge in Sunday’s match, traveled to Chile on Monday to officiate as the fourth referee in Audax Italiano vs. Students of La Plata, for Copa Libertadores. His place was taken by Daniel Rodríguez, with a discreet performance.

The peak disputed in the Great Central Park ended goalless, with good interventions by goalkeepers Sergio Rochet, in Nacional, and Carlos Lentinelly, in black and blue rows.

The game was even, but Liverpool had more offensive intelligence and Nacional had several flaws in defensive matters.

However, at 62 minutes, the referee annulled a pocket goal due to an advanced position by Juan Ignacio Rodríguez, a player who was more than half a meter enabled.

With this result, Liverpool reaches 7 points and climbs to the top of the Apertura table, along with Montevideo Wanderers, and Nacional reaches the fourth date classic with 4 units.

Judgment in favor of Johnny Depp: Amber Heard must pay him 15 million dollars

Money, health, family and love; here is what the stars say about you