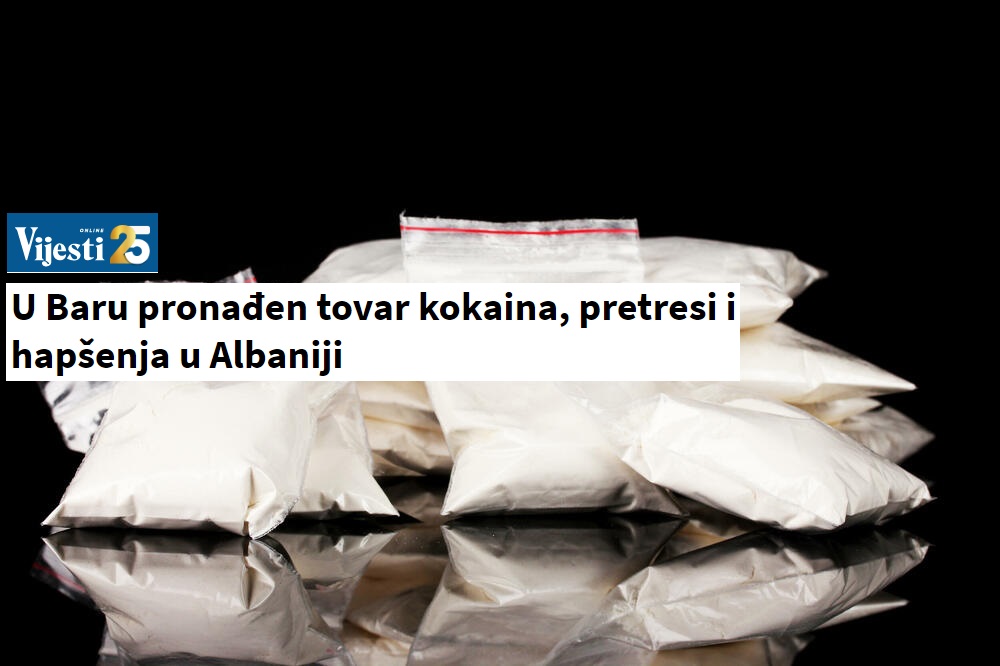 
Even the Montenegrin media are paying special attention to the operation that led to the discovery of a “white flour” processing laboratory in Frakull of Fier.

“The Directorate of Revenue and Customs was engaged for this. The cargo arrived at the Port of Tivar. At that time, the Inspectors of the Anti-Crime Sector, in cooperation with the High State Prosecutor’s Office and colleagues from Albania, decided to keep the shipment under observation until the customer came for it. This thing happened today.

According to “Vijesti” information, several people have been arrested in the action. There are also arrests in the territory of Albania. A warehouse owned by one of the arrested persons is being checked near Tirana” – Montenegrin media writes.

Lapsi.al learns that in Tirana and Fier, police movements are continuing as part of this operation. So far, it is said that 15 people have been arrested. 4 of them were detained in Tirana. According to the same sources, the drug was found in the house of the former head of Frakulla, Viktor Červanaku.

Among those arrested are two Colombian citizens. It is suspected that they processed cocaine. There were about 200 bags of chemical fertilizer there. The suspicions are that it could be about 400 kg of cocaine. 2 Kalashnikovs, a shotgun and a couple were also found at the scene. ©LAPSI.al

The project of the Thumanë-Kashar axis, the residents of Bërxulla try to block the Rinas road, tension with the police: We will burn with gasoline, they are stealing our properties