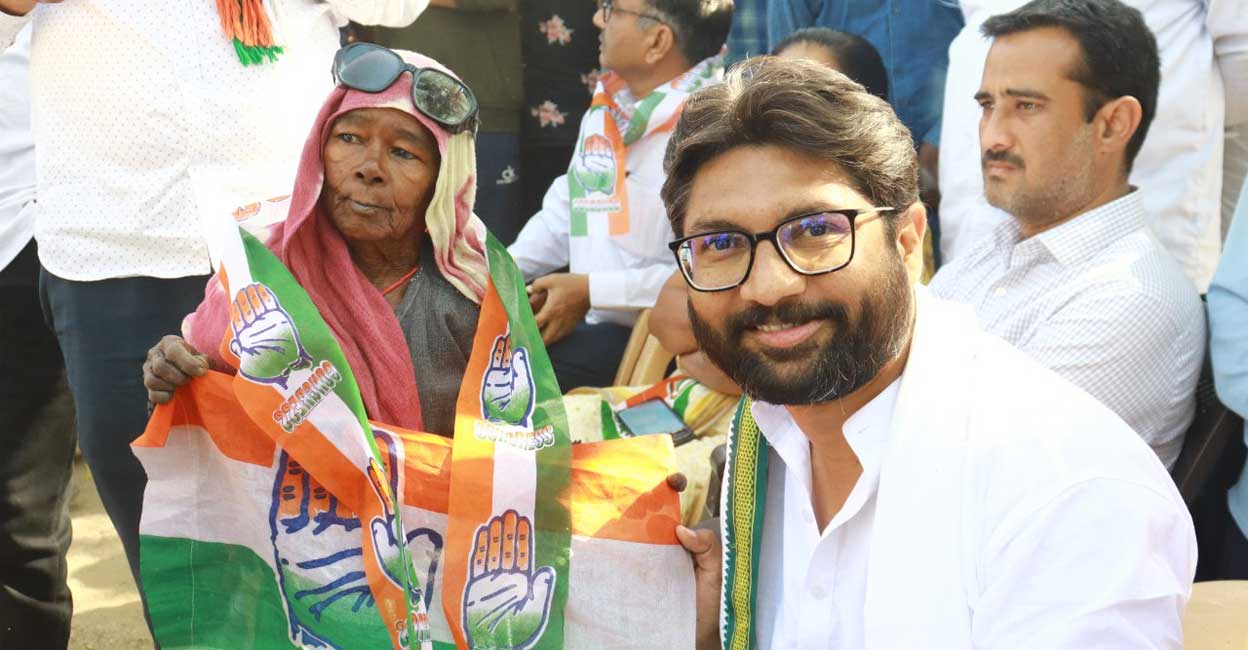 
Vadodara: Congress leader and candidate for Vadgaon constituency Jignesh Mevani told Manorama News that the Modi effect has ended in Gujarat. Jignesh claimed that this time Congress is likely to take power. This Dalit leader makes it clear that there will be no settlement with the BJP till death.

Dalit leader Jignesh Mevani is contesting on the Congress symbol from the seat which he won as an independent last time with Congress support. The campaign highlighted the price hike and the release of the accused in the Bilkis Banu case. Jignesh is the only one left in the party among the three young leaders who were responsible for the Congress’s good performance in 2017. He gave a very cautious reply to a question about the transfer of Hardik Patel and Alpesh Thakur.

Jignesh claims that the organizational structure of the Congress has been strengthened. The Modi effect is over. Former Congress MLA Manilal Vaghela is Jignesh’s main rival. AIMIM and Aam Aadmi Party are in the fray in the constituency where the Muslim vote is crucial.

Jignesh Mevani highlights his greatest strength as a leader that the BJP cannot afford. The young man also hopes that he is assured of a resounding victory on the Congress ticket.

A potassium-rich diet may improve heart health in women

“We want everyone to work on the same field, this is the problem.” Narek Zeinalyan

Political efforts, the difference between the growth of San Juan over Mendoza, according to a businessman from the neighboring province

Trade with businesses has grown by an average of 30-50%, but if we remove the inflation component, we will get 10-15%. Vahan Kerobyan