(MINUTE TO MINUTE) Democracy Magazine Tour: Dr. Stane Granda about his book Path to Independence – The First Independence History of Slovenes and the current socio-political events in Slovenia 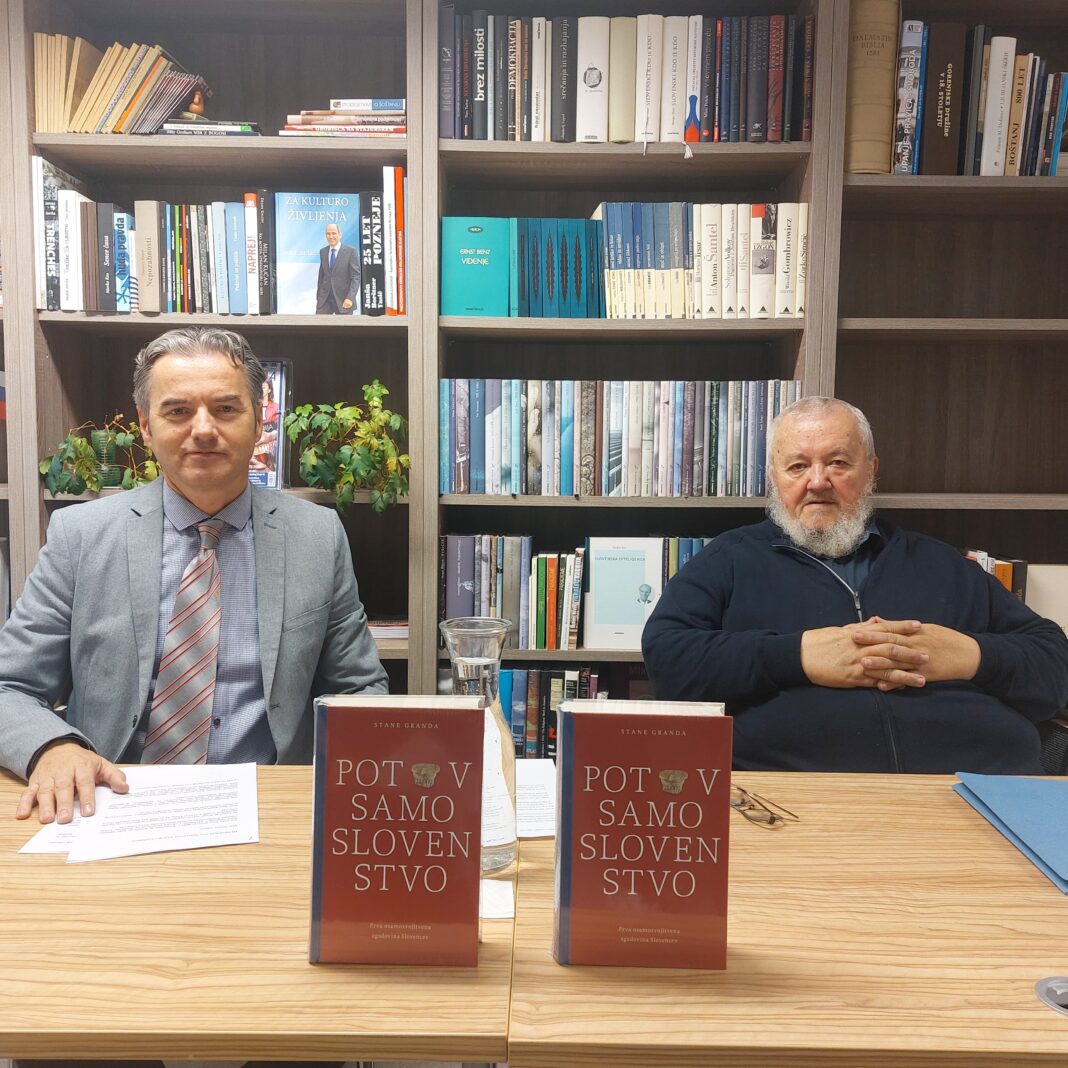 (MINUTE TO MINUTE) Democracy Magazine Tour: Dr. Stane Granda about his book Path to Independence – The First Independence History of Slovenes and the current socio-political events in Slovenia

In the bookshop and library of our publishing house Nova Obzorja in Ljubljana (Linhartova cesta 13, fourth floor), as part of the Demokracija Magazin Tour or the All-Slovenian tour of our publishing house Nova Obzorja, a conversation is held with the historian dr. Stanet Grando, who recently published the book Path to Independence – The First Independence History of Slovenes. He is interviewed by Dr. Metod Berlec also talks about current socio-political events in Slovenia.

dr. Stane Granda was born in 1948. In 1973 he graduated from the Faculty of Arts in Ljubljana, and in 1994 he also received his doctorate there with a dissertation Dolenjska in the revolutionary year 1848/49.

1848 in Slovenia and researches the economic, political and social history of Slovenians from the beginning of the 19th century to 1941, and from a more general point of view also in later periods.

Mr. Granda, welcome! In the spring, your new comprehensive historical book was published, entitled The Path to Independence – The First Independence History of Slovenes. To begin with, if you could explain why you decided on such a title?

And what did you want to emphasize with this word “independence”…

18.10: In this book Dr. Berlec saw Grande proposing the adoption of a new sequence of Slovenian history. From Karantania onwards, we have the imperial period according to Grand, then the Yugoslav period and then self-Slavicism?

The renowned Slovenian historian dr. Stane Granda, who discovered the original petitions for United Slovenia after 150 years of creation and 30 years of searching, presented the “self-independence” maturation of the Slovenian nation in this extensive work, which is also characterized by a popular style. The author understands the establishment of his own country as the culmination of several centuries of events, therefore he describes the socio-political-cultural dynamics of the inhabitants of the Slovenian territory throughout history, from ancient times through the Middle Ages to the 19th and 20th centuries, to whom the central attention is devoted – namely the period since the Unification of Slovenia and the dream of common entities within the Austro-Hungarian Empire, through the collapse of the empire, the period of the SHS Kingdom or The Kingdom of Yugoslavia, the Second World War and the establishment of socialist Yugoslavia.

What are the causes, conditions and incentives for the development and preservation of collective identity among Slovenians? The author investigates the question of self-slovenism, which he understands as the belief that both the Slovenian nation and its territory are an independent entity that has an inalienable right to sovereignty, that every decision-making comes from Slovenian interests, especially when deciding on Slovenian connections with other nations .

Some consider the term Samoslovak to be derogatory. dr. Grando was even condemned on FF, allegedly making it up himself. But that’s not true. Historians have even taunted each other over the term. They were divided into Samoslovaks and Yugoslavs.

Self-Slovenism is not hatred of Croats, Serbs, etc. It’s just a fact that different cultures don’t go together. In fact, Samoslavism is anti-Yugoslavism. Science is very corrupt, politicized.

6:30 p.m: He gave the fourth chapter the title “Slovenia is Rising”. He wrote that the revolution of 1848 was one of the biggest turning points in Slovenian history. According to him, at that time the Slovenes finally came to the fore…

Slovenians have a lot of historical knowledge that we do not know. Slovenians have the least amount of Slovenian history in school, as we do. I am constantly arguing with the Institute of Education to change this, to correct the curricula, the program, but I have no success. Politics has too much influence. For example, the historical connection with the Czechs is completely hushed up!

6:45 p.m: He gave the sixth chapter the title “From United Slovenia to an independent state”. In which it somehow covers the time from the reading movement and the camps all the way to the founding of the State of Slovenes, Croats and Serbs in the fall of 1918, within which Slovenia functioned practically completely independently…

In chapter seven, where he writes about the annexation of Prekmurje to the Slovenian motherland in 1919/20, he says that despite the fact that history cannot be changed, nor can it be judged, it is humanly and Slovenianly necessary to ask what would happen if At that time, that is, at the end of the First World War, Slovenians insisted on United Slovenia and, on the basis of natural law in the sense of Wilson’s points, demanded their own state.

Today we know that even the American expert group, which professionally assisted American President Woodrow Wilson at the Paris Peace Conference in Versailles, considered this possibility…

In Granda’s book, it is also written that the integration into Yugoslavia after the First World War was a huge historical, but above all cultural and civilizational break, the depth of which no one has yet measured. Does that mean saying goodbye to Yugoslavia at the beginning of the 1990s was the only logical decision? The only logical move…

Without a doubt, Slovenia’s independence in 1991 is the greatest achievement in Slovenian history. How does he view the intentions of the ruling coalition to abolish the Museum of Slovenian Independence?

19.00: They talked about some other current issues. For several years, Granda was the president of the program board of RTV Slovenia. He explained how he views events related to RTV Slovenia and the intention of the rulers to depoliticize it.

You can listen to the conversation from 18:00 HERE:

Richarlison led Brazil to victory on his debut

TERRIBLE IN THE COOPERATIVE Marković condemned the girls he was flirting with for approaching each other, they immediately jumped

Russian soldiers flirt with the enemy on Tinder

Covid 19 situation/ Ministry of Health: 106 citizens infected and no loss of life in the last 24 hours