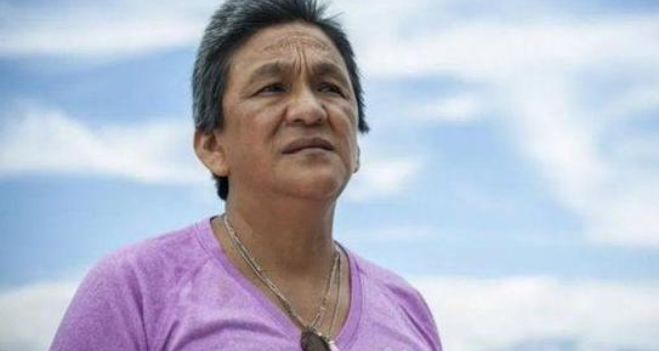 
Milagro Sala, a social leader from Jujuy, was transferred this Monday from her home to a sanatorium in San Salvador de Jujuy, where she was hospitalized after doctors diagnosed her with a “deep vein thrombosis,” family members and sources from the Tupac Amaru organization reported.

“Milagro is hospitalized for a process that has to do with a deep vein thrombosis, as diagnosed by the doctors who treated her,” they reported from the Sala environment, in relation to her health situation.

They also told Télam that the leader, who is under house arrest at her home in the Cuyaya neighborhood of San Salvador, “expressed discomfort for two days and after performing a tomography, her hospitalization was resolved.”

They assured that Sala was “compensated” and remained cared for by specialists while waiting for other studies.

From the Tupac Amaru organization they considered that the panorama is “complicated” and specified that Milagro Sala receives treatment to “anticoagulate” her, because there is a “risk of a clot forming and that would be very complicated.”

Last Tuesday, social, union and political organizations mobilized at the Ministry of Justice and Human Rights to denounce that the governor of Jujuy, Gerardo Morales, is maintaining pressure on the Judiciary of that province so that the social leader Milagro Sala “returns to the jail”.

The demonstrators rejected the “revanchism” on the part of the provincial government against the leader of the Túpac Amaru organization, after the Jujuy Public Ministry of the Accusation denounced delays in cases against the leader.

Sala has been detained since January 16, 2016 and since then, incessant collective requests for her freedom have multiplied.

The Inter-American Court of Human Rights (Court-IDH) ordered the Argentine State to adopt “the protection measures that are necessary to guarantee the life, personal integrity and health of the Chamber”, in a decision that was reaffirmed by the Supreme Court of Justice in August 2018.

The encouraging data that Mendoza received on horticultural production

Viva-MTS. Investment of almost one billion drams for housing construction

The refinancing rate remained unchanged at 9.25%. 12-month inflation is projected to decline gradually