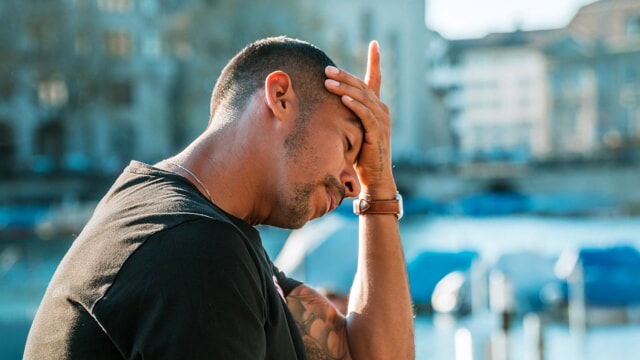 A study by the Monzino Cardiology Center and State University of Milan, published today in the prestigious Journal of the American College of Cardiology Basic to Translational Science (JACC BTS), explains for the first time the pathophysiological mechanism that correlates migraine with aura to congenital heart defect. of the Foramen Ovale Pervio (PFO) – commonly called “hole in the heart” – that is, the lack of total closure at the birth of the communication between the right and left atrium of the heart. The study also confirms the already known regression data of migraine crises in about 70% of cases following percutaneous closure of the foramen ovale.

In fact, several observational studies had already highlighted a relationship between migraine with aura and PFO, reporting that about 35% of subjects suffering from PFO suffer from migraine with aura (70% are women) and that in these patients the migraine attacks they disappear or shrink significantly after the interventional foramen closure procedure. However, the mechanism linking PFO and migraine symptom with aura has never been elucidated.

“To date, none of the international cardiology guidelines include migraine with aura among the indications for PFO closure surgery. Yet it is a disabling pathology, which in many cases does not respond to drugs and occurs incessantly for days, once or even more times a month, preventing normal everyday life and planning of life. For this reason at Monzino, thanks to our successful case studies in the treatment of PFO, we decided to search for the pathophysiological mechanism of connection between the two pathologies, to demonstrate, at the level of cellular mechanisms, how the closure of the foramen can actually prevent the triggering. migraine crises with aura ”- explains Daniela Trabattoni, Head of the Interventional Cardiology Unit 3 at Monzino, and coordinator of the clinical part of the study.

“We found that the blood of subjects with migraine and PFO has a high number of platelets and microvesicles that express a protein – tissue factor – capable of triggering the coagulation cascade and thrombus formation. This state of platelet activation is caused by oxidative stress (caused by free radicals), a well-known condition for altering the functions of our cells and tissues. In our organism the action of free radicals is counteracted by antioxidant substances, but in some conditions, such as in patients with PFO, these may not be sufficient to maintain an oxidative balance, consequently determining platelet activation with the formation of micro emboli “- explains Marina Camera, Associate Professor of the Department of Pharmaceutical Sciences of the University of Milan and Head of the Monzino Cardiovascular and Cellular Biology Research Unit, who coordinated the pharmacological-molecular part of the study.

Pervious Foramen Ovale (PFO) is a very common congenital anatomical condition, affecting one in four adults, and is due to an incomplete closure of the septum that separates the right atrium from the left atrium. The condition is not dangerous in itself, but in some situations it could allow the passage of blood clots from the right to the left atrium, and thus towards the cerebral circulation, favoring the onset of ischemias and increasing the risk of stroke. The defect is treated, only in the case of an ascertained presence of an increased thrombotic risk, with antiplatelet drugs, such as acetylsalicylic acid (aspirin) and Clopidogrel (Plavix), or with transcatheter surgery to close the foramen.

“Our LEARNER study (pLatelEts and migRaine iN patEnt foRamen ovale) analyzed 62 patients symptomatic of migraine with aura on cardioaspirin therapy before surgery and 6 months after percutaneous closure of the PFO. We found that aspirin improves migraine attacks with aura, but does not resolve them, while closure achieves complete regression in 69.7% of cases ”- continues Trabattoni.

“PFO closure abolishes oxidative stress that causes platelet activation; as a direct consequence of this, in fact, the platelets lose the activated phenotype and the ability to form microemboli, returning to circulate in the blood to carry out normal haemostatic functions. Analyzing the blood of patients in the LEARNER study we observed that the remission effect of platelet activation can also be obtained with antiplatelet drugs such as clopidogrel. However, the advantage conferred by the closure of the PFO, compared to the pharmacological treatment of the patient, is that this procedure allows to remove the cause of platelet activation, while the second would only treat the effect of oxidative stress on the platelet, forcing the patient to a chronic therapy ”- adds Camera.

“With the new scientific evidence we have obtained with LEARNER and with the support of other clinical studies already launched at international level, we hope to convince neurologists and cardiologists, through their respective scientific societies, to recommend percutaneous closure of the PFO in all cases. of patients with migraine with a drug-refractory aura. In the meantime, it is important that these patients know that we have in our hands an effective weapon to say goodbye to their feared crises and to protect the brain from risky ischemias ”- conclude the researchers.

Vicenza, the threat of the ultras to the Lecce fans: "If you make the wrong sector ... good luck"